The Secret to Happiness? Book Review: "The Geography of Bliss"

Are you happy?? It's hard to pick up a magazine these days without an article titled something like "10 Secrets to Happiness" or "Finding Your Inner Joy." Bookstore shelves are filled with books promoting ways to becoming a happier person. Even before the bad economy caused society's spirits to plummet, Americans have been obsessed with finding happiness in our lives. Eric Weiner in The Geography of Bliss: One Grump's Search for the Happiest Places in the World takes a somewhat different approach. Rather than focusing on the individual and helping him or her change his outlook on life, Weiner, a journalist, sets out to find what factors help to create a positive environment for happiness.

Weiner, a self-confessed curmudgeon, points out his name is--appropriately enough--pronounced Whin-er and that as a child his favorite character in Winnie-the-Pooh was Eeyore. He decides to spend a year traveling the globe in search of places where people are considered happy to find out the secret to this elusive feeling.
He visits places like Bhutan, very similar in appearance to the mythical Shangri-La, where the government places more importance on its policy of Gross National Happiness than on the GNP. The Netherlands, Switzerland, Thailand, Great Britain, and India are other stops in his quest. In each country Weiner finds some clues to that nation's general feeling of happiness, but no definitive answers and often contradictory ideas.

For example, in tiny Qatar, perhaps the wealthiest nation in the world, Weiner finds that money does not guarantee happiness. The oil-rich Qataris have everything they could possibly want--and then some--but their lives are filled with family squabbles and insecurity. When Weiner returns home to the U.S., he finds a similar situation. Despite the fact that we are the "wealthiest nation ever," the U.S. ranks, according to one study, as the 23rd happiest nation in the world.
On the other hand, poverty-stricken nations rank low on the happiness scale, as one might expect. Weiner visits one such nation purposely to contrast with happier states. The small nation of Moldova, once part of the Soviet Union, is a poor country with what appears to be a very depressed population. Yet, it isn't just the lack of money that causes this unhappiness, Weiner finds, but also the fact that Moldova seems to have no cultural identity.
One of the happiest nations surprisingly is the country of Iceland, which Weiner visits during the eternal darkness of winter. Here he finds some of the most novel ideas of his trip. Icelanders are proud of their language and their culture, two important factors in a nation's happiness, but they also demonstrate a lack of envy and have no fear of failure, both of which seem to promote contentment.

I enjoyed Weiner's humorous touches and his skepticism about many of the theories he found. He is a good sport, willing to try anything to experience local customs whether it is smoking Moroccan hash in a Dutch "coffee shop" or tasting the Icelandic delicacy of rotten shark. While he dives into the local culture, he doesn't necessarily embrace it. In India, for example, his experience in an ashram is disappointing; he feels no spiritual enlightenment, but is more concerned that he has to give up coffee for three days. As a fellow caffeine addict, I can empathize.

The Geography of Bliss is a book of substance, not pop psychology. Weiner includes quotes from philosophers and a great deal of evidence from various research studies on happiness to support or contradict the theories he encounters. One of my favorite excerpts is near the end of the book, when he realizes that there is no such thing as paradise on earth.

One man's paradise can be another's hell, and the converse holds true as
well. When European missionaries first landed in Greenland several centuries
ago, intent on converting the pagan natives to Christianity, they offered the
usual carrot-and stick approach: Convert and you get a shot at heaven; don't ,
and you will be condemned to an eternity in hell.

"What is this hell like?" asked the curious Greenlanders.

"Oh it is very, very hot," replied the missionaries. "It is hot all of
the time."

The Greenlanders surveyed the frozen Arctic tundra that was their home
and replied, "We'll take hell, thank you."

In the end, Weiner finds no definitive answers to the secret of happiness--though he does share some hypotheses--and isn't necessarily any happier than he was before he began his quest. Yet he does find that his attitude towards many things in life have changed for the better. In the same way, as I read his book I found myself contemplating my own life and whether I was happy. I have always thought of myself as a "glass half-empty" sort of person and once thought that only a big, new 3 1/2-bathroom house was necessary for my personal happiness. But I see things differently now than before: I will probably never live in that beautiful new house, but you know what? I don't care. I realize it is the simple things that bring me joy and make me happy. A good book, a fresh cup of strong coffee, and a little chocolate bring me pleasure. Beyond that there are the most important things in life: 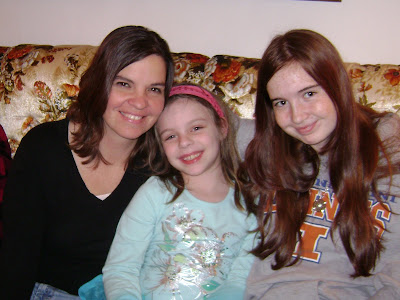 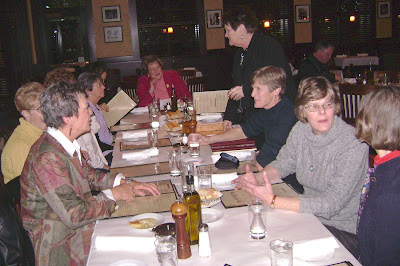 A group of my high school classmates met for dinner last week, the first time many of us had seen each other in nearly 20 years. What fun to reminisce and catch up on each others' lives!

New Year's Eve was also special, as we ushered in the new year in our traditional way with a toast along with two dear friends. 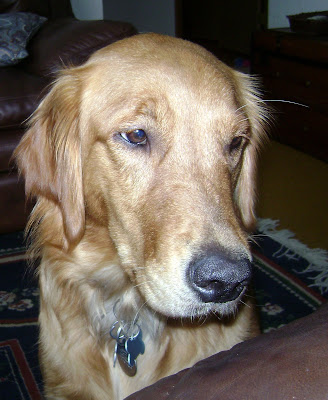 Friends with four legs and unconditional love and devotion. 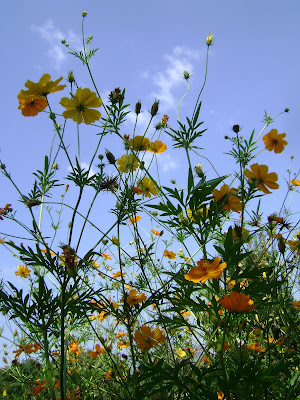 And, of course, my Garden!

Happiness is like a butterfly which, when pursued, is always beyond our grasp, but, if you will sit down quietly, may alight upon you. ~Nathaniel Hawthorne

All book reviews posted here are solely at the whim of this blogger. No remuneration of any kind was given for this review.