The new year is already a week old, but now that the Christmas decorations have finally been put away, I have some time to reflect on the past year.  2016 was certainly eventful, full of dizzying joys and the depths of despair.  But one of my resolutions for this year is to try to find something positive in every day, so I want to focus on the good parts of 2016. 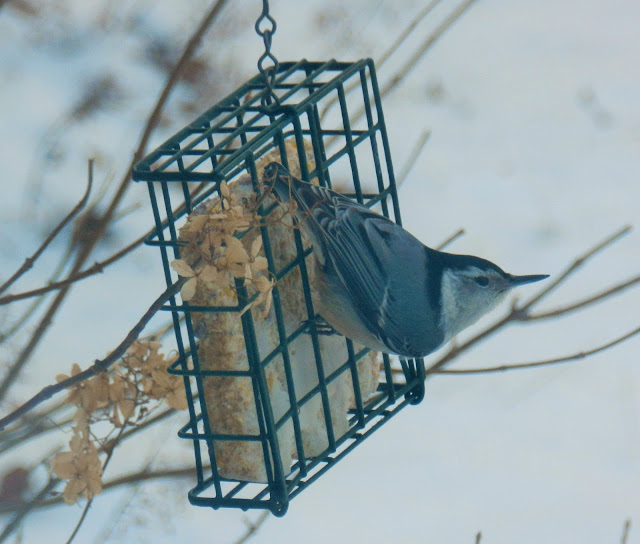 January 2016 was truly an awful month for me, full of personal loss.  But in spite of all that, the many birds at the feeders provided for some quiet moments of enjoyment and a reminder that life goes on in spite of harsh conditions. 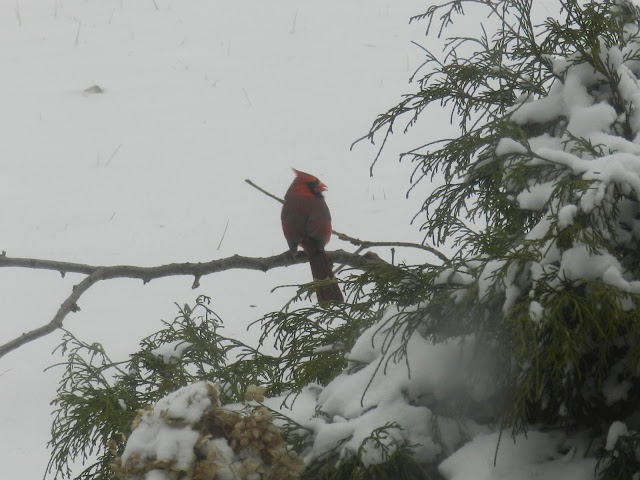 February brought its share of snow, and more time was spent enjoying the wonders of nature from the comfort of my living room window.  By the end of the month, however, we had a reprieve from winter, and daffodils began an early emergence from the soil. 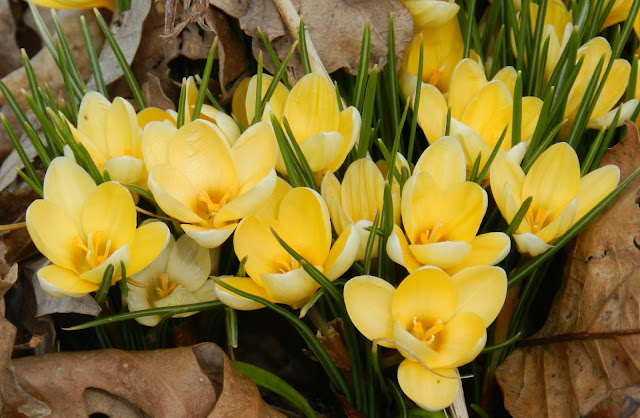 March--can there be anything more uplifting to your spirits than the appearance of the first spring flowers?  March is a fickle month in the Midwest, sometimes bringing the worst of winter weather, but last year all I remember is that it was warm and beautiful.  By the end of the month, daffodils, hyacinths, and many other spring bulbs were in full bloom, and I was busy getting an early start on cleaning up the garden. 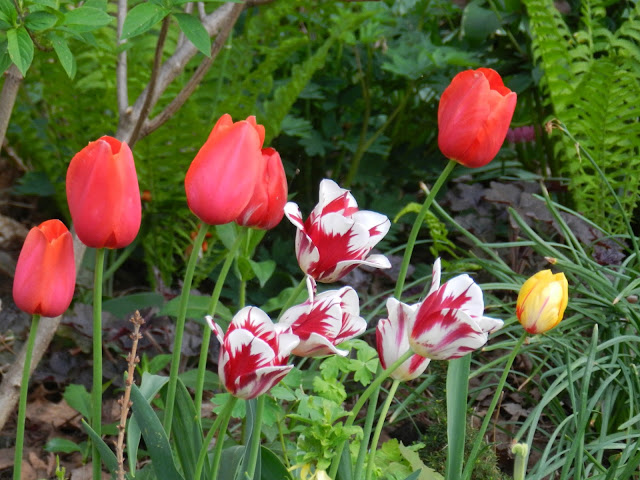 April, too, can sometimes break your heart with a teasing of spring that disappears under more cold or constant days of rain.  But not so last year--April 2016 was glorious!  Spring, as I've often said, is my favorite season of the year, and last year's spring was exceptional with warm weather and a daily explosion of blooms from all my tulips.  New green growth was sprouting everywhere. 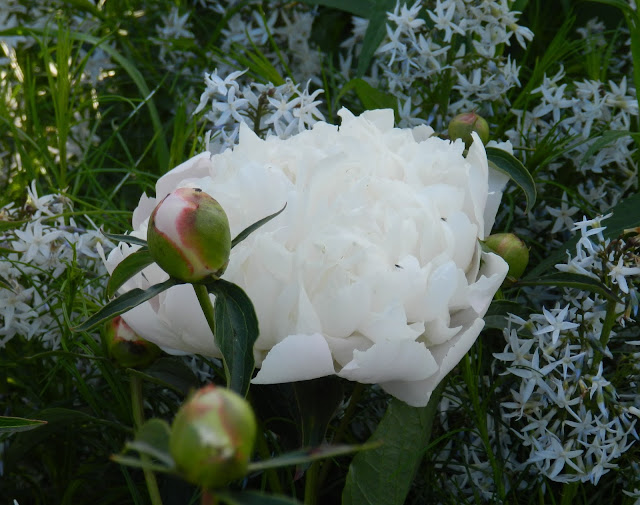 A warm April meant that most of the tulips and other spring bloomers had faded by the first of May.  Irises and peonies took center stage instead, although the month was more of a transition time in the garden.  May is always the busiest month for me, as I plant containers and annuals in the flowerbeds and try to complete a host of other garden chores.  My resolution for this year is try to slow down and enjoy this beautiful month more, although I suspect that will be hard to change. 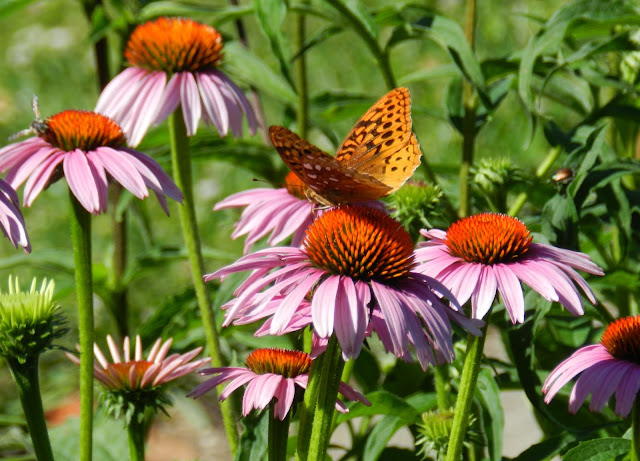 Ah, June--my favorite month of the year.  The garden was bursting with color by mid-month, but it didn't take me long to choose one photo of the many I took during this time: coneflowers and butterflies--two of my favorites!  If it was possible to freeze time and just live one day over and over again, I would pick a sunny day in June with swaths of coneflowers blooming and alive with bees and butterflies. 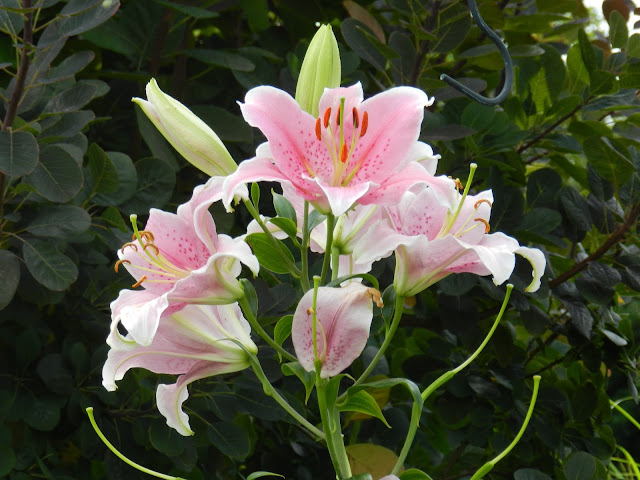 July brought even more color as coneflowers competed with lilies, a new one blooming each day it seemed.  I've become addicted to all kinds of lilies and can't really pick a favorite although 'Stargazer,' which grew to new heights this year, would definitely be a contender. If coneflowers represent June and lilies represent July, then the perfect choice for August would have to be zinnias.  I've shown the 'Zowie' zinnias, one of my favorites, over and over again on Facebook and on summer posts here, but I did grow other zinnias as well.  All of them performed exceptionally this year, probably due to the weather.  It was a warm summer--not ungodly hot, but consistently hot throughout the season so that garden work was relegated to early mornings only.  Besides the warm weather, we had consistent rainfall as well, so that everything seemed to grow taller and fuller than ever before. 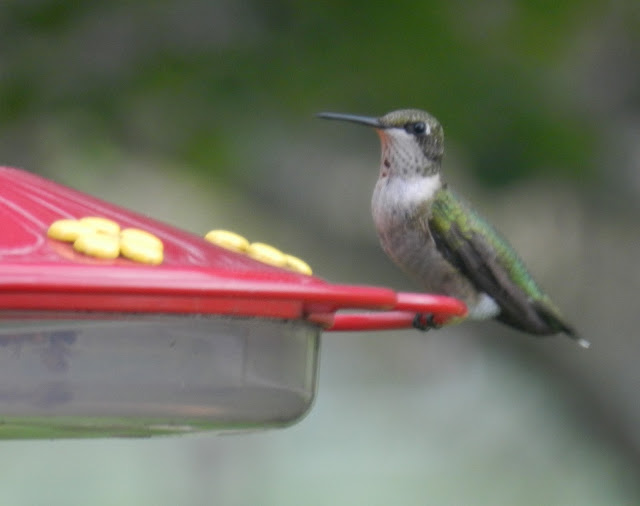 September brought asters, goldenrod, the 'Limelight' hydrangea, and Japanese anemones as well as a few other fall-bloomers. The heat continued through the last month of summer, and I spent many moments enjoying the shade of the front porch watching the goldfinches feast on the fading coneflowers and the antics of hummingbirds.  The warm weather meant the hummers stayed longer than usual; my last visitor stayed until the second week of October. 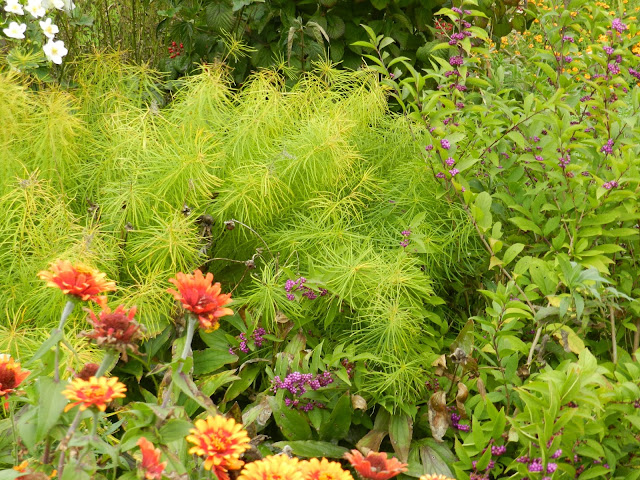 By October, much of the garden sensed the end of the year, though continued warm weather--and no frost!--kept many things blooming longer than usual.  The Amsonia hubrichtii, which usually has a golden hue by October, stayed nearly green until November.  The trees were slow to turn as well, and many didn't drop their leaves until December. 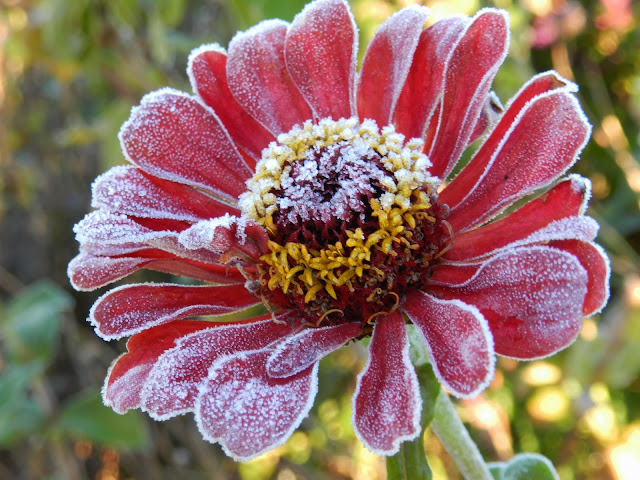 If one month symbolizes the extreme highs and lows of 2016, it has to be November.  On November 2, the Cubs won the World Series, ending a 108-year drought for long-suffering Cubs fans like myself.  Unless you're a baseball fan, you probably won't understand the joyous delirium we all felt. But you will understand the joy I felt just three days later when my 8th grandchild, a precious little girl, was born.  The other two granddaughters are older, so I am looking forward to tea parties and princess and fairy make-believe once again!

As for the low, well, the following week was the Presidential election.  Nothing else needs to be said, although I have vowed to try to be kinder and to be more active, speaking up for what I believe in the coming year.

As for the garden, the first frost finally arrived on November 12, the latest first frost ever recorded in our area.  So whatever else can be said about 2016, it was a great year in the garden--the longest blooming season in my memory! 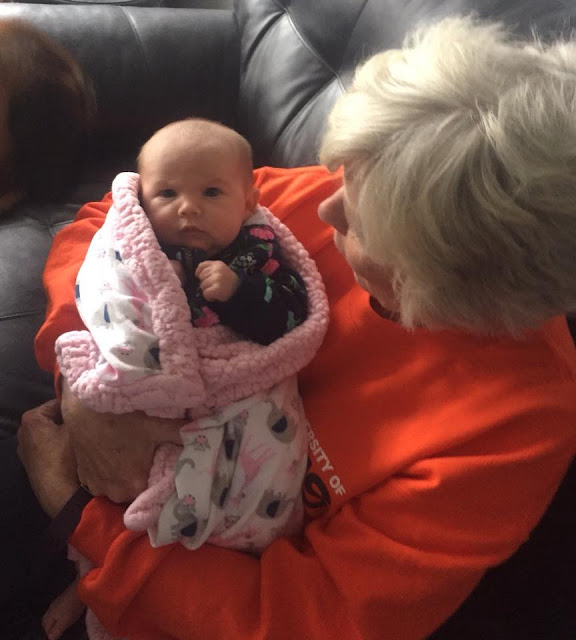 By December, bulbs had been planted, and the garden was going into its long winter's sleep.  There was time at last to prepare for the holidays and to make the much-anticipated trip to Texas to meet my new granddaughter.  This may not be the best photograph, technically speaking, but it's my favorite of 2016 because the year ended on such a positive note.  This is what it's all about--family and sharing life with those you love.

We don't know what 2017 may bring for the garden, but I know whether it's an outstanding year or just a mediocre one, we gardeners won't give up hope.  And that is what I wish for all of you in the coming year--hope, peace, and love.  As Ellen says, "Be kind to one another."  💕
Posted by Rose at 5:00 AM 44 comments: