This week's ABC Wednesday is brought to you by the letter Q, quite a difficult letter to represent unless you enjoy . . . 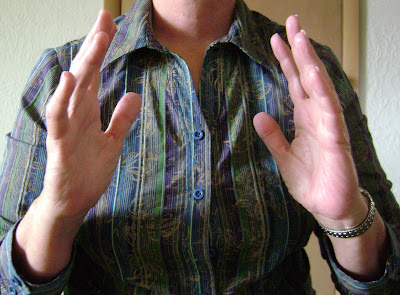 The word Qigong comes from two Chinese words: Qi (pronounced chee), which refers to the life force or energy that flows through all things, and Gong (pronounced Kung or gung), which means skill or work. Thus, Qigong means "the skill of attracting or cultivating energy." The practice uses slow, graceful movements and controlled breathing techniques to promote the circulation of qi, or energy, within the body. Such movements can reduce stress, build stamina, increase vitality, and build up the immune system. Some practitioners believe it can even improve many of the body's functions, such as the respiratory, cardiovascular, and digestive systems. While not all agree on all its effects on health, Western scientific research has found that Qigong "reduces hypertension and the incidence of falling in the aged population."**

For the past two years I have been attending a weekly Tai Chi class at our local community college. Our instructor includes a Qigong routine in each session as a warm-up before practicing our Tai Chi stances and forms. The routine consists of slow movements that are simple enough so that you can really focus on your breathing during the movements. One very simple exercise is pictured above:
While I don't know about the effects on the immune system or some of the other claims made by Qigong practitioners, I can attest to the fact that after going through the whole routine I feel more relaxed, and my muscles have lost much of their tightness. Focusing on my breathing drives any wayward thoughts out of my mind, and I am truly "in the moment." Because it is a great way of relieving stress, which has been found to contribute to so many illnesses, Qigong is bound to have a beneficial impact on one's health. 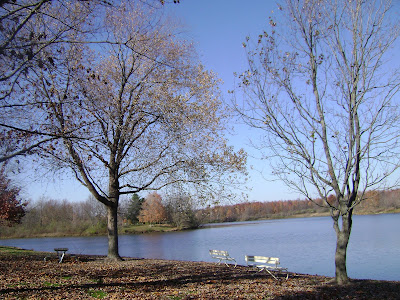 For an added benefit, try Qigong outdoors in a park, the perfect place to meditate and get your Qi flowing!

**Information taken from the website of the National Qigong Association USA.

The quintessential compilation of ABC posts for Q can be found here.