The sun is peeking through the clouds today, and there is a threat of rain and possible storms later in the day. But I'm not going to complain even if I don't get much done in the garden today. Yesterday was such a perfect day with temperatures in the 70's, bright sunshine, and a gentle breeze. I accomplished a lot in the garden yesterday, thanks to my little helper. 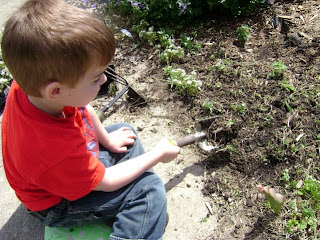 He helped me dig holes to plant alyssum along the border of the sidewalk flower bed. 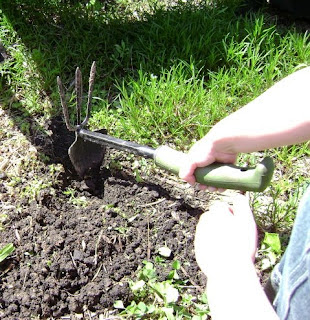 He enjoyed using all of Grandma's gardening tools, especially the "chopper" from Beckie. 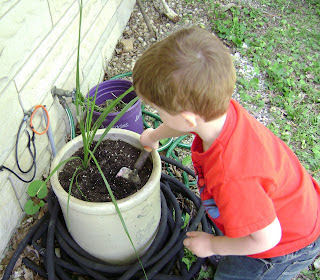 We planted more flowers in the containers. 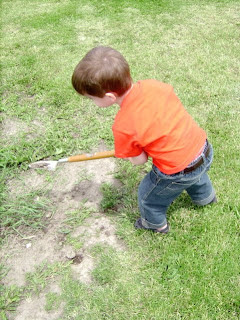 He dug out some weeds in the vegetable garden. 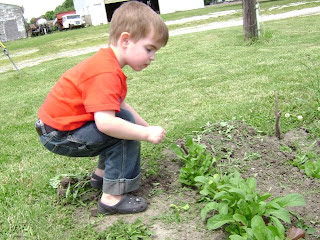 Then we picked some lettuce. 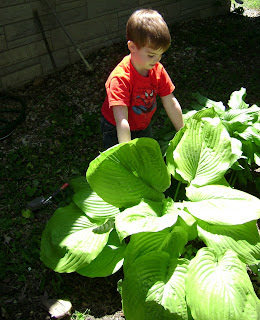 He thought Grandma's hosta worked nicely as a drum set. 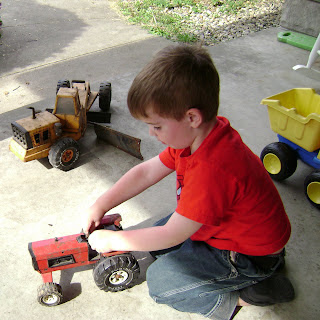 And when he got tired of gardening (well, maybe it was Grandma who was tired), we found some of his Daddy's old toys in the barn. 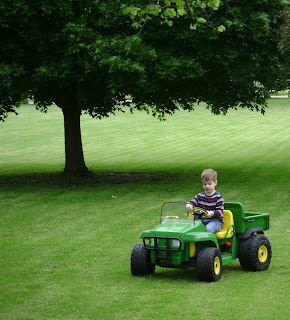 And he took some time to spin around the yard to inspect Grandpa's mowing job.

This is my 3 1/2-year-old grandson who likes visiting Grandma's house. I am "the grandma who isn't old," his distinction between me and his other grandmother. I laughed at this, but can commiserate with his other grandma. His cousin--my 41/2-year-old granddaughter--once told me, "Grandma, you are the oldest person I know!" Ahh, out of the mouths of babes...
All in all, it was a perfect day. And when his mother picked him up after her day at work, Grandma lay down on the couch and took a nap.
"Grandchildren are God's way of compensating us for growing old." --Mary H. Waldrip
Posted by Rose at 8:52 AM