I just returned from a week in Portland, Oregon, helping Youngest Daughter pack up and move back home.  It was a v e r y long four-day drive back home, and it will take me a few days to recuperate and get back into the swing of things.  But I haven't missed a Garden Bloggers' Bloom Day yet and wanted to participate in the monthly celebration of blooms hosted by Carol at May Dreams, even though I'm several days late.

I wasn't sure what I would find in the garden after being gone for more than a week; the heat and lack of much rain has certainly stressed out many plants.  But I was surprised to see a few new blooms and some plants that are actually thriving in this weather.

I'm still on Pacific time and didn't get out very early this morning, so the sun was glaring already, not the best for photo-taking.  But here's a quick look at what is blooming this hot and dry August: 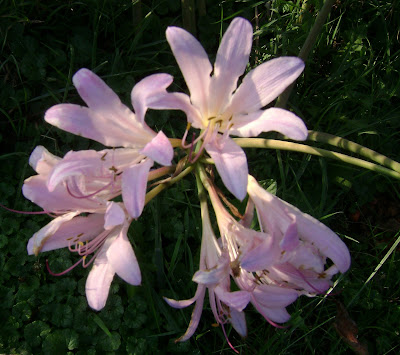 Surprise lilies emerged while I was gone, and are already fading. 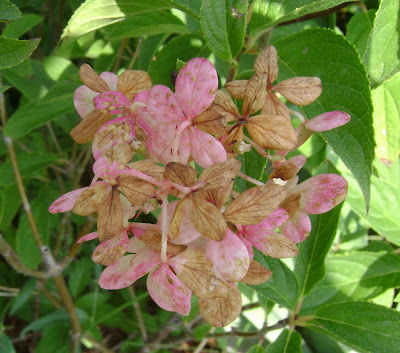 Also fading is the 'Vanilla Strawberry' Hydrangea, which was blooming
and just beginning to turn pink when I left. 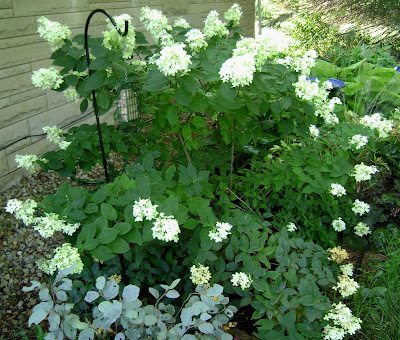 But the 'Limelight' hydrangea is just coming into its own.  I pruned it this spring, hoping to train it into more of a tree shape, but I guess I need to be more ruthless next spring--it's sprawling everywhere. 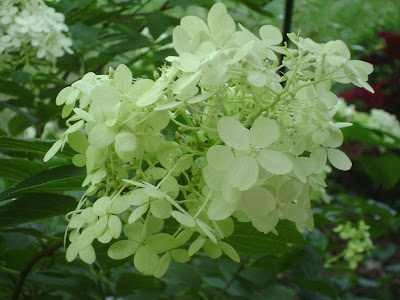 I love these beautiful blooms, though. 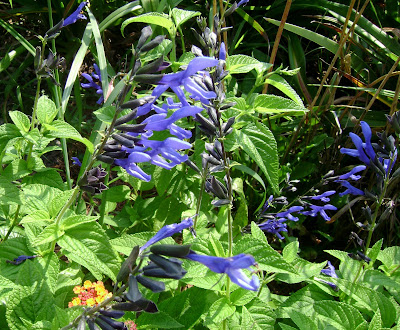 'Black and Blue' Salvia in the lily bed. 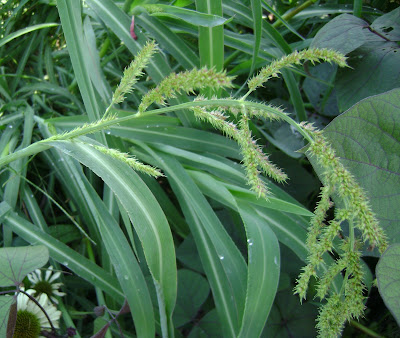 The biggest changes in the garden in the past week and a half are in the arbor bed.  This is a mystery plant, and I wonder if anyone can identify it.  When the foliage first emerged, I thought it was part of the liatris planting.  But I eventually realized it was something different.  It has gotten huge, and the seedheads have emerged in the past few days.  I'm pretty sure it's a weed in the grass family, but I've never had anything like this before.  I'm ready to pull it out, unless someone can identify it as something other than a weed. 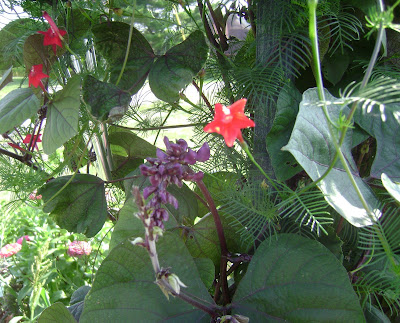 Also growing like crazy are two vines on the arbor trellis--cypress/cardinal vine from Lisa
and hyacinth bean vine. 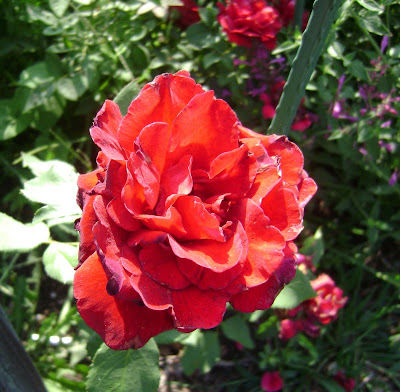 On the other half of the trellis the new climbing rose 'Don Juan' is putting out a second flush of blooms. 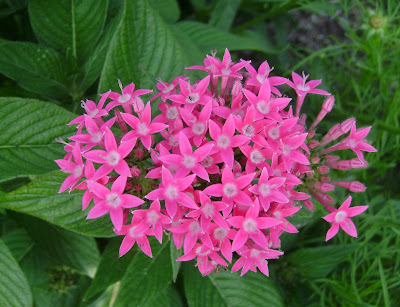 Still not many butterflies here, but the pentas are waiting when they arrive. 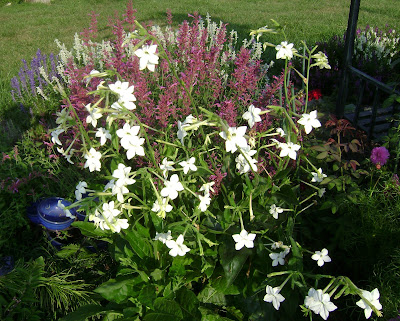 Nicotiana has finally started to bloom. 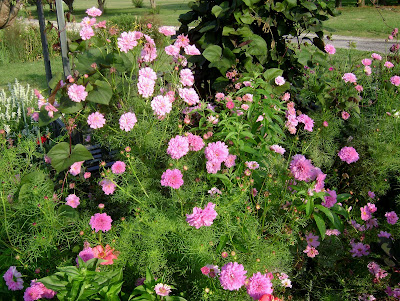 Pink cosmos are filling in behind the arbor bench.  All annual seeds in this area were gifts from Renee's Garden.  One of these days I'll find the names for all of these and post them, because they have all been great performers. 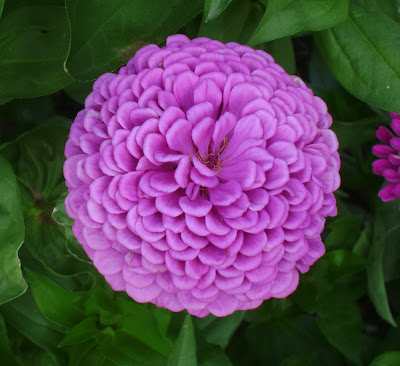 Competing with the cosmos for attention, though, are the zinnias, one of my favorite annuals. 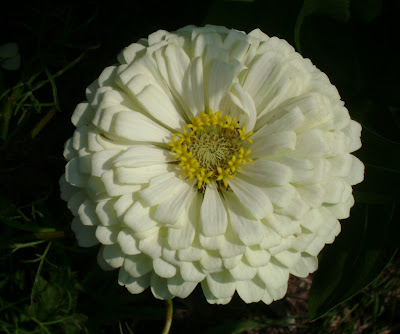 From purple to pink to orange to pure white, they are really making a statement now. 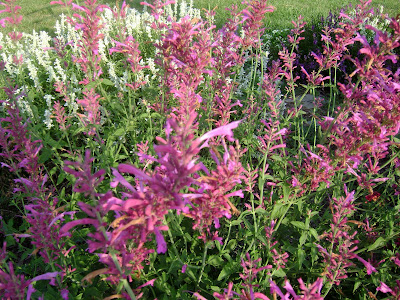 As for the perennials in this area, the new 'Heat Wave' Agastache is living up to its name.  I ordered this from Bluestone Perennials because it was described as thriving in hot, hot summers, and it is fulfilling that promise. 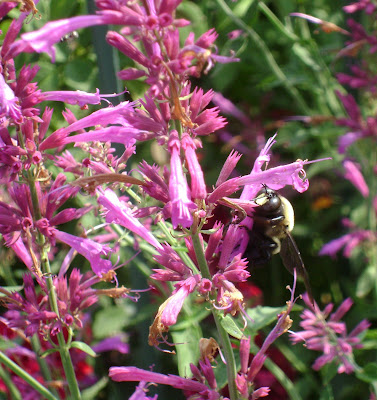 Agastache is a hummingbird magnet, but as you can see, the bumbles love it, too.
After a week and a half of neglect, I'm happy to see anything blooming in my garden!
Thanks to Carol for hosting another Garden Bloggers' Bloom Day.
Posted by Rose at 1:00 PM