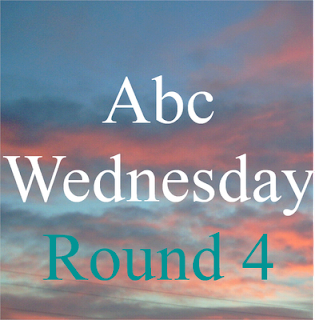 It is Wednesday once again, and this week we have reached the letter C. I decided it was about time to feature a very important member of our family . . . 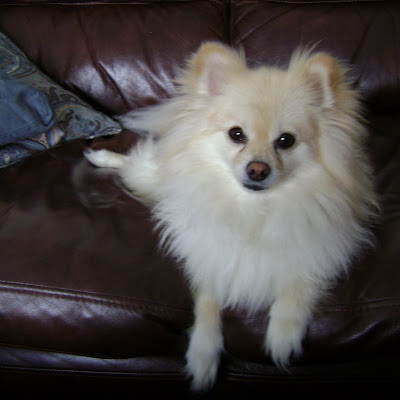 Actually, Coconut demanded equal time after noticing I frequently write about and include photos of Toby the cat. Toby has even been allowed to guest host on this blog, not once but twice. Although quite intelligent, Coconut has not mastered the computer as Toby has--in fact, he can't even reach it--so he won't be doing any writing here.

Coconut is a Pomeranian and is the only Canine we've had who isn't some sort of rescue dog. Even though I am the one who spends the most time with him and sees to most of his needs, he actually belongs to youngest Daughter and fits her personality quite well (picture Reese Witherspoon in "Legally Blonde"). To be fair to Coconut, he really has a sweet disposition even if he likes to be the center of attention. 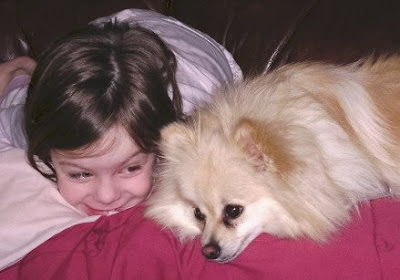 Unlike Toby who immediately finds a hiding spot whenever the grandkids come over, Coconut enjoys playing with them. Of course, it doesn't hurt that they think it's great fun to give him treats. 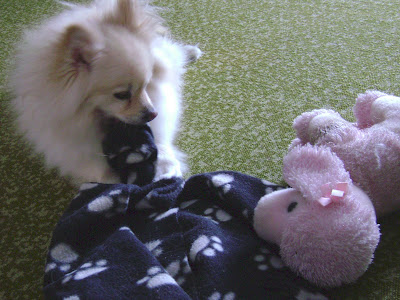 When youngest grandson, now 18 months, was born, Coconut sniffed him over--under careful supervision, of course--and gave his approval, although he suffered from typical sibling rivalry every time I held the baby. Now that little grandson is a little older, Coconut has developed a real fondness for him and likes to sit near him at meal time, waiting for the tidbits of food that are sure to fall to the floor. However, Coconut draws the line at sharing his toys--no one better touch his favorite blanket or Princess the pink poodle! 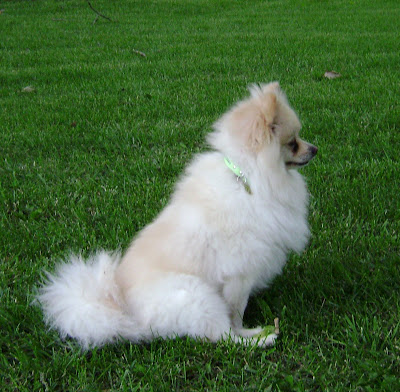 Coconut loves spending time outside and helping me in the garden. Although small in stature, he is not easily intimidated and is eager to help me. No rascally rabbit or scheming squirrel dares to venture into the garden when Coconut is on guard duty! 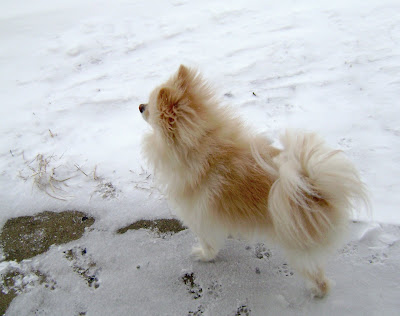 His long winter coat helps keep him warm in the winter, but even he was hesitant to go outside today unless absolutely necessary. No venturing to the perimeters of the yard today for his usual check for strange wildlife smells. Today the operative word is COLD! 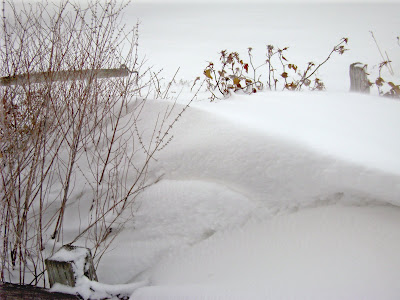 This is the same part of the garden I showed on Sunday's post, but instead of a foot of snow, there is now a four-foot drift in the garden and on the driveway. We really haven't had that much extra snow, but the strong winds since last night have blown relentlessly, sending chills right through the heaviest winter coat and blowing across roads, creating hazardous driving conditions. It's 10 F as I write this with a predicted wind chill of -10 tonight. I know we're not the only ones enduring the snow, as I've seen snow on posts from southern Tennessee to the UK. Better times are ahead, though--temperatures are supposed to reach the 50's by this weekend . . . I'll believe it when I see it.
For more ABC posts, click here.

Just a note: I try to reply to all comments and visit anyone who stops by here. But lately I have been having trouble leaving comments on some blogs, getting an error message on my computer. Has anyone else had this problem? I do appreciate your comments, and I have returned the visit even if I haven't been able to leave a comment.
Posted by Rose at 1:00 AM