If you have been watching the Olympics, you may have seen some sporting events that you didn't even know were considered a sport. And then there are the countries whose names you can't even pronounce--after watching the opening ceremony, I decided it might be time to take a refresher course in geography! Just today I became aware of another category of events--the Gardening Olympics. They are sponsored by Idahogardener and open to everyone--you don't even have to pass a qualifying heat! All entrants are asked to post the best of their garden in whatever category they wish, but they are restricted to just three entries.


We here at the Prairie are in a rural area, so we're a little backward, just a little out of step with world events and the latest fashions. We also have a small population so fielding a large delegation was impossible on such short notice (besides, our leader is rather disorganized). However, in the spirit of international cooperation and harmony, we are sending a few delegates, even though they haven't had time to train.


And so, waving the Prairie flag proudly, please welcome our three competitors:


First, in the category of "Best Yellow Hollyhock," Alcea yellowus: 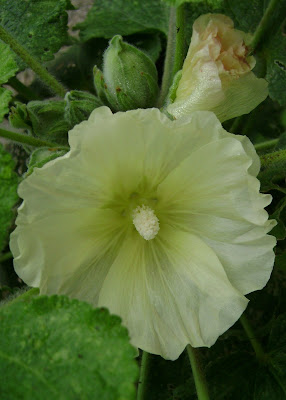 She gained advantage over other entries from the Prairie after Mr. McGregor's Daughter referred to her as "pristine." We just hope this didn't inflate her ego too much, causing her to stumble in the finals.

Secondly, for "Best use of a Birdhouse other than for birds," we present Callibrachoa "Cherry Pink." 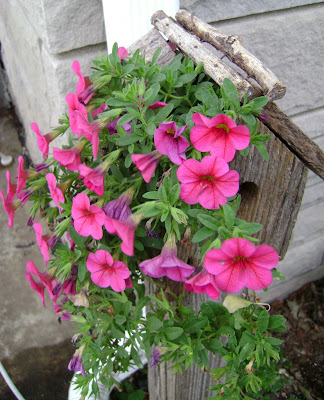 We hope that she stays hydrated during the competition, as she tends to fade quickly otherwise. Hopefully, the weather in Idaho is not too hot or dry.
Finally, our third entry is in the weightlifting category for "Best Shade Tree," Quercus Alba (though the surname is a bit questionable--his birth certificate has yet to be found). 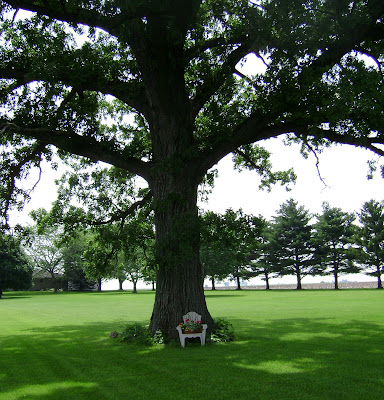 Though we are a small garden, we have high hopes for this competitor. He's been in training for at least 100 years, and his stamina indicates he may be able to compete in many Olympics to come. Perhaps we're too hopeful, but if Croatia can field the best water polo team*, who's to say our tiny duchy can't have a gold medal winner as well!

(*Croatia has not won the medal yet; in fact, they were beaten by the U.S. yesterday, but they are regarded as the #1 team in the world.)
You have just until midnight tonight to send your entries, but that is Mountain Time, so you still have a few hours left. Idaho Gardener will be the sole judge, and she has assured the Olympic Commission that she will be impartial.
My apologies to Carol at May Dreams and Mr. McGregor's Daughter, as I assured them I wouldn't be entering and would cheer them on instead. But I just got caught up in the excitement. Besides, I think we have entered different categories, which is good, because they certainly look like the favorites in their competitions. And I will cheer them from the sidelines anyway during their events.
Let the competition begin!
Posted by Rose at 8:30 PM