I know I'm a day late for the monthly meeting of Garden Bloggers' Bloom Day, but it doesn't matter too much because there's nothing blooming here in November. 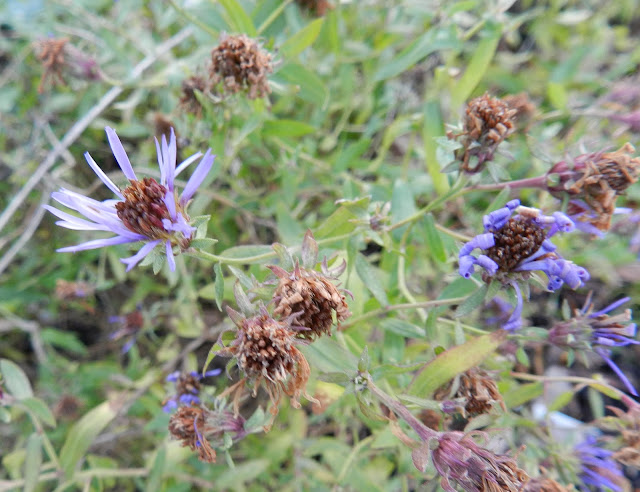 That is, unless you count a couple of brave 'October Skies' aster blooms reaching for the November sun. 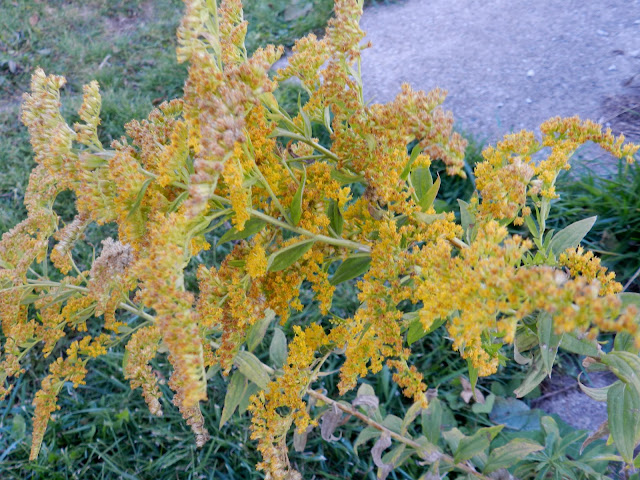 Or a late goldenrod blooming behind the shelter of the fuel tanks. 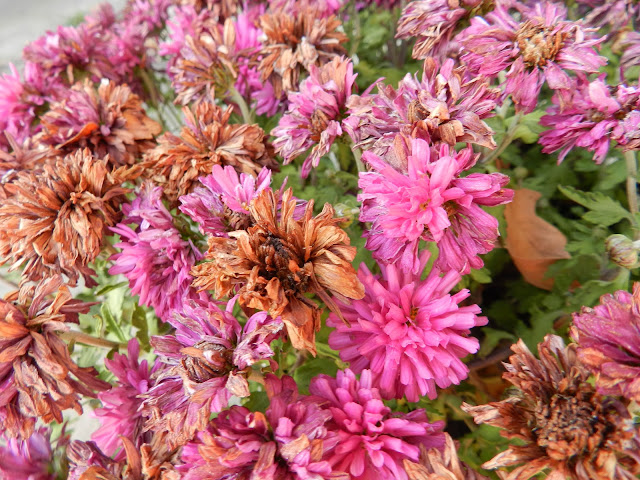 Or the last garden mum still hanging on to a few blooms. 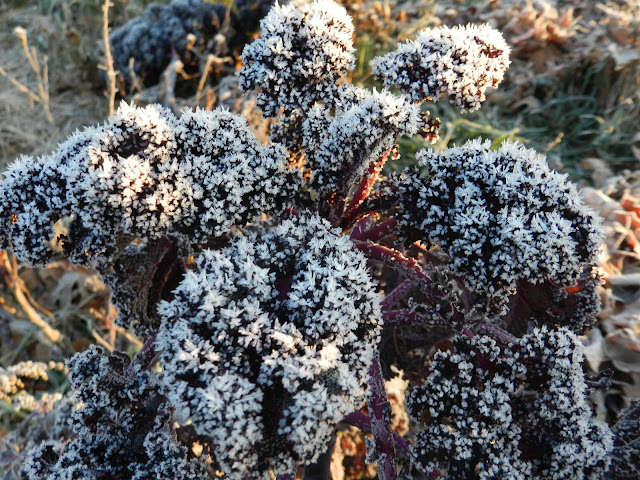 The purple kale still standing in the vegetable garden explains the lack of blooms--early mornings for the past week or two have been quite cold with everything covered in frost.  The kale will rebound, as will the pansies in containers, but the frost has brought an end to everything else in the garden for the year. 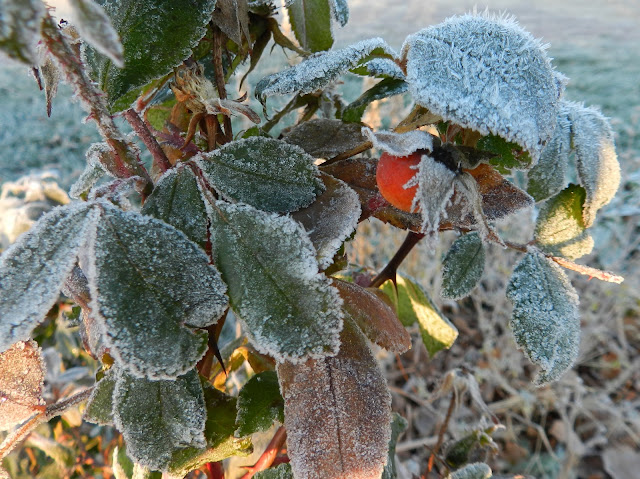 Instead of rose blooms, now there are rose hips. 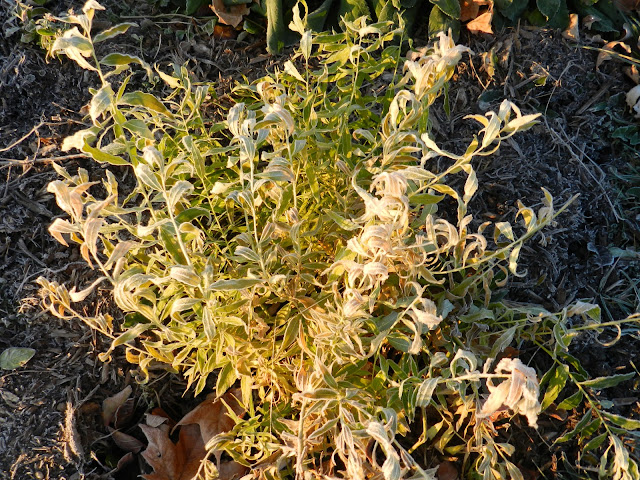 The amsonia has already passed its fall golden stage and is beginning to put on its winter whites. 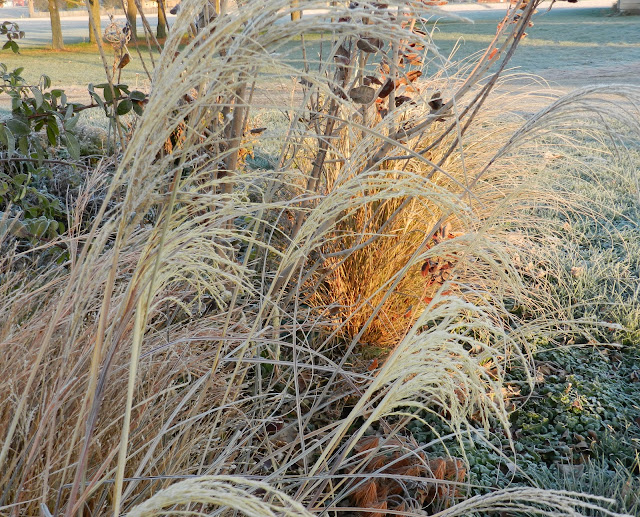 Grasses, too, have turned white, but still glow in the early morning sun. 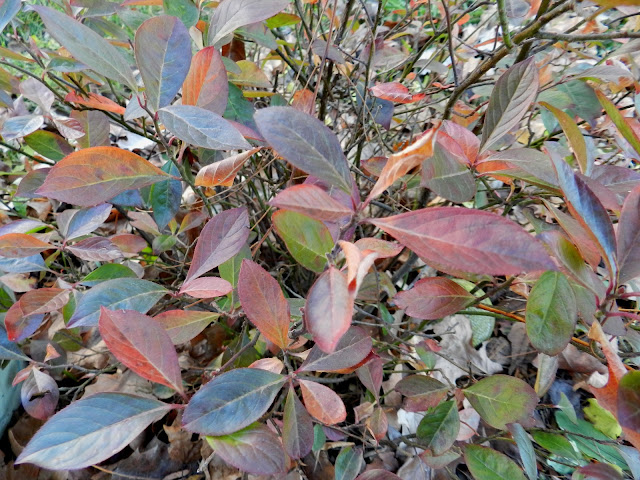 Most of the leaves have fallen from the trees, but some colorful foliage remains,
like the leaves of Itea 'Little Henry.' 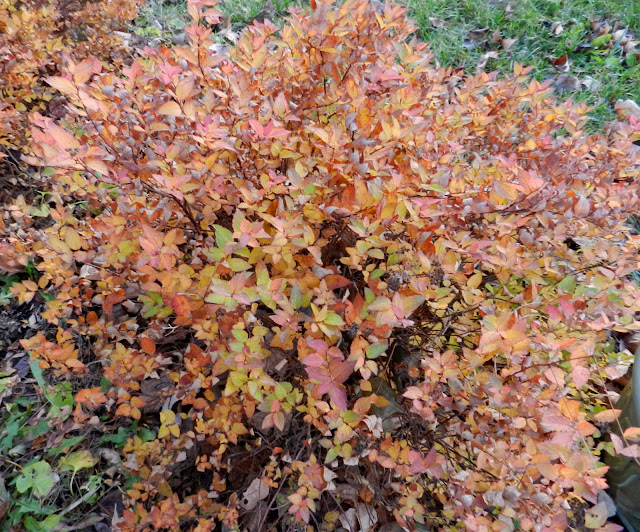 The most colorful foliage of all, though, is this spirea (name forgotten at the moment).  I bought two spirea a few years ago primarily for their spring blooms; the fall color has been a happy surprise. 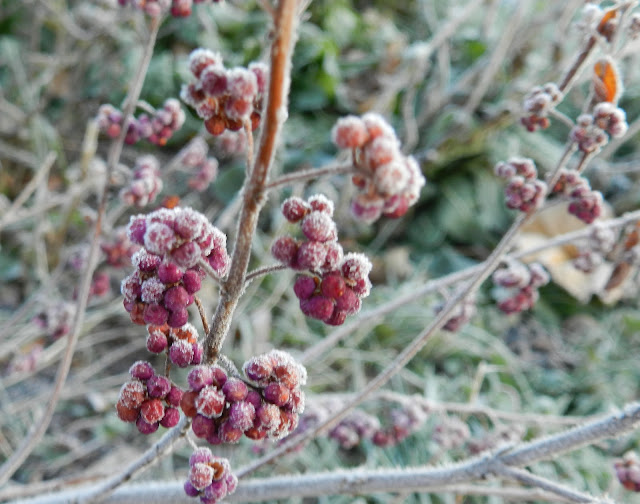 Little else remains, however; even the beautyberry has lost its leaves, with only some berries left to tempt the birds.  It's clear the time has come for the garden's long winter's sleep.


To see what else may be blooming (or not), be sure to visit our hostess Carol at May Dreams Gardens.
Posted by Rose at 3:05 PM