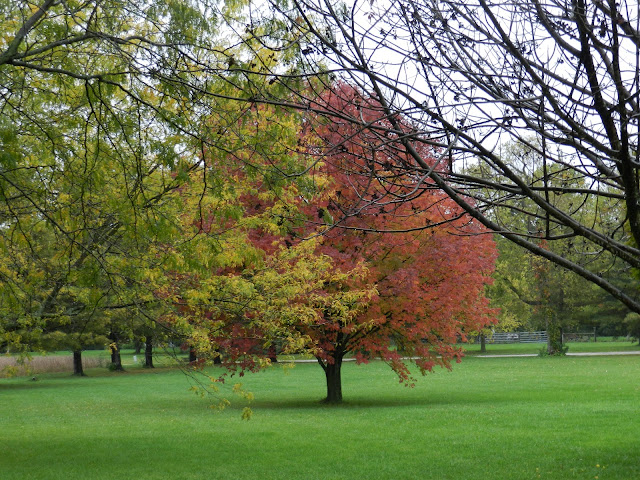 The change has begun.  In just the past week, the trees have begun to put on their autumn colors. Mornings are chilly, and the ground has been covered with a white frost the past two days.  For the first time in months, I awoke to a house too cool for comfort and turned on the furnace. 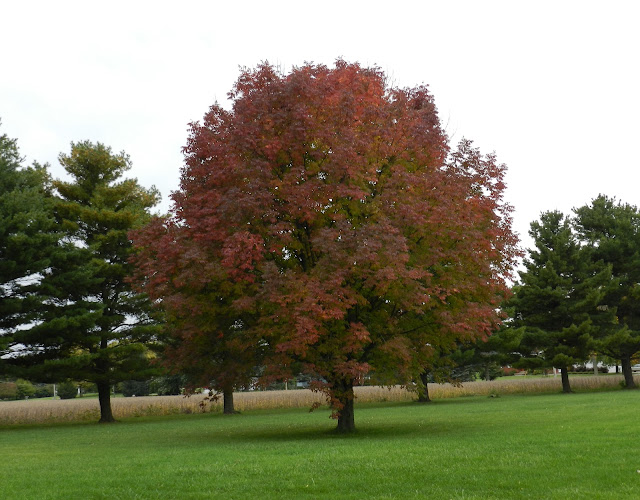 Even though the signs are all around me, I have been in a state of denial.  September was a beautiful month, but I spent most of it substitute teaching more than usual and working on projects in my house, instead of in the garden.  I enjoyed just looking at the garden and walking around it, making notes of things I want to change this fall. 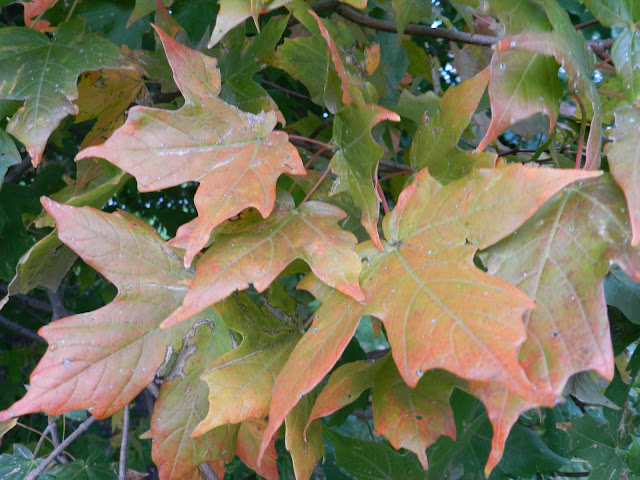 I'd like to expand several of the garden areas and had planned to do a little digging each day to remove more of the lawn.  But other than planting a few new plants given to me by a friend, the spade has sat idle. The first bulb order arrived over a week ago--with more to come--and yesterday I bought over a hundred more bulbs after attending a talk on bulbs at a local garden center.  I need to start planting these, or I will be out in the cold winds of November trying to put bulbs in the ground with frozen fingers. 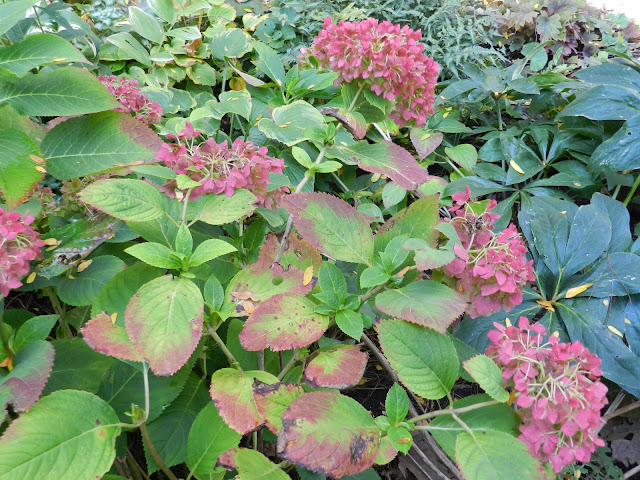 Yes, the signs are all around me, but I have chosen to ignore them, living in a fantasy world of  'Endless Summer.' At the very least, I have been thinking that fall would go on forever, and I had all the time in the world to work in the garden. 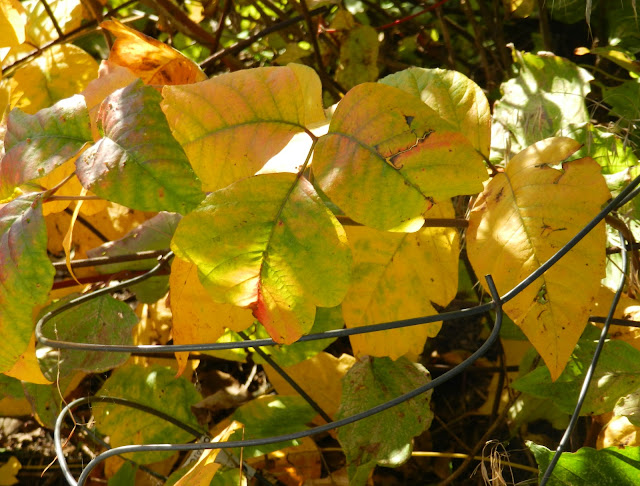 Speaking of signs, does anyone know what these colorful leaves are?  Tangled in old tomato cages that should have been thrown away long ago, they're an indication of many uncompleted projects from the summer. I'll leave an answer in a comment. 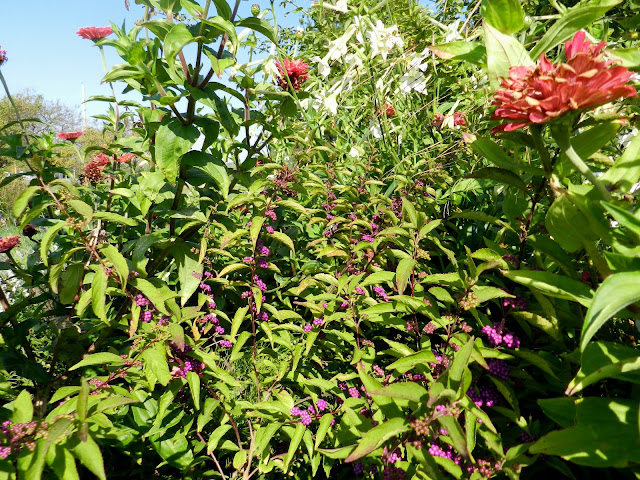 The Beautyberry looks striking this time of year with its arching branches covered in purple berries, but it is nearly hidden by tall zinnias on either side and nicotania (still!) blooming behind it. 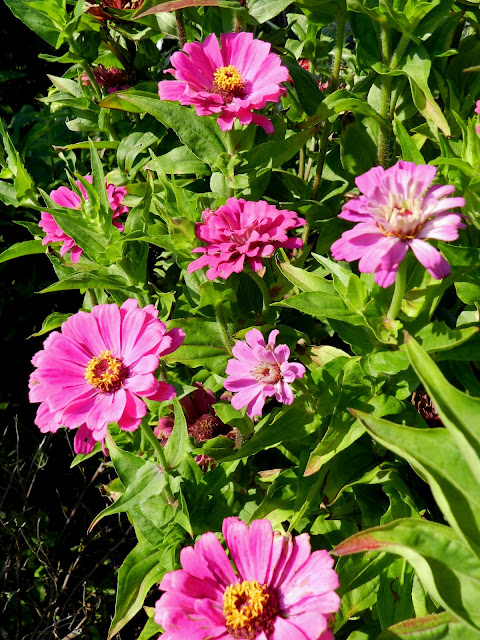 But this is one of the main reasons for my state of denial--
how can I pull out annuals when they still look so good?? A zinnia bud promises more blooms to come, if only the cold weather would hold off. 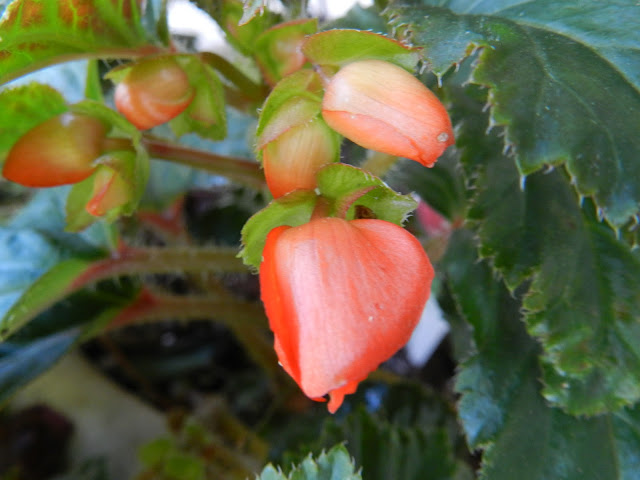 The 'Illumination' begonia, which hasn't done much all summer, finally shows signs of a glorious display if only there were time enough. 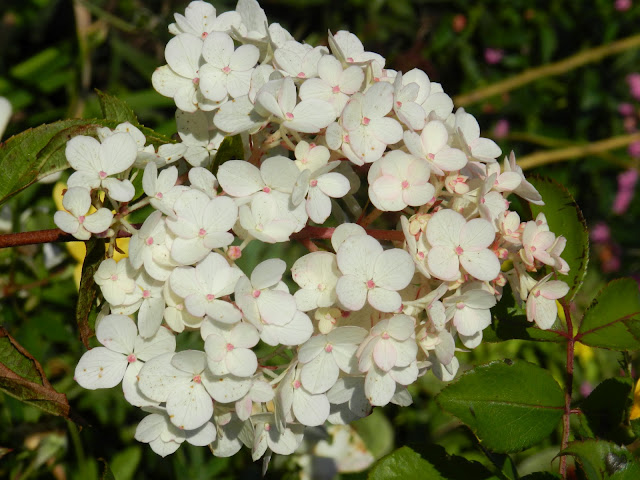 Invigorated by the mild temperatures and frequent rains of September, 'Vanilla Strawberry' Hydrangea paniculata has put out a few new blooms. 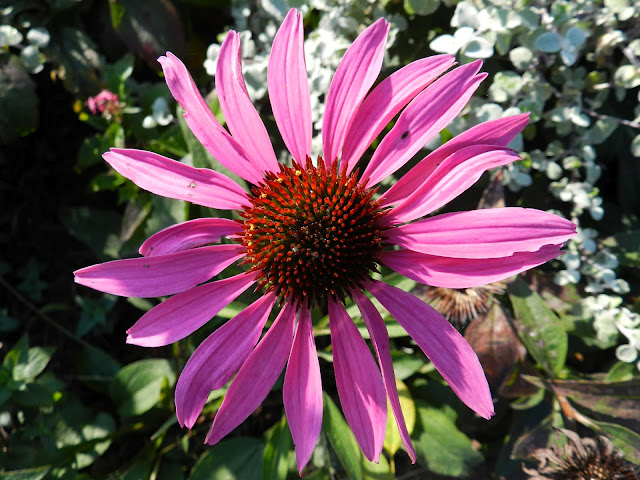 To my surprise, even a few coneflowers are also ignoring the warning signs of fall. 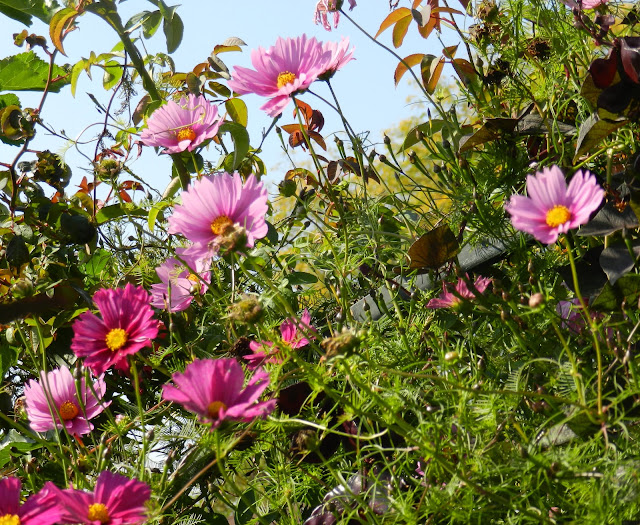 Cosmos are still putting out their cheery blooms and reaching for the October skies. 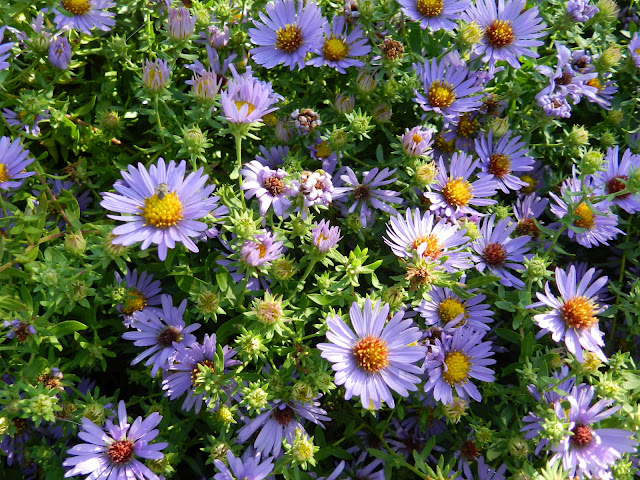 As if to remind me that it is October, after all, and time for me to get busy, the asters 'October Skies' are covered in blooms. 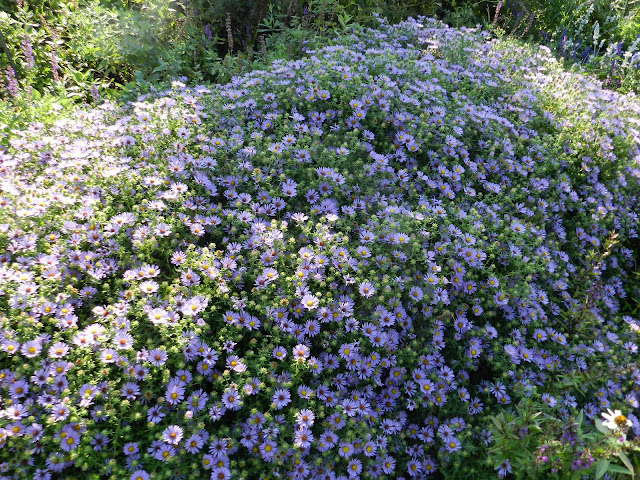 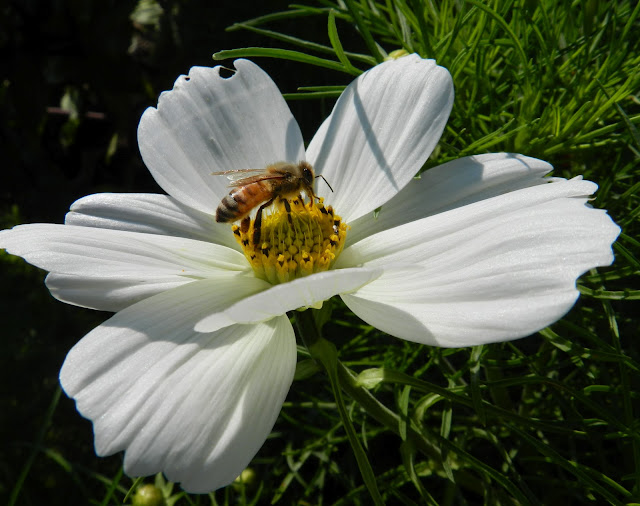 It is hard to think of winter coming all too soon when the garden is still a hive of activity.  Bees and more butterflies than I've seen all season are busy visiting the garden, finding enough warmth in the afternoon sun.  But I know they are aware of the changing seasons and probably fueling up for the winter ahead or migration to warmer climes.  The hummingbirds have been absent for the past week, and I can only imagine that they have already found their winter homes in Central America. 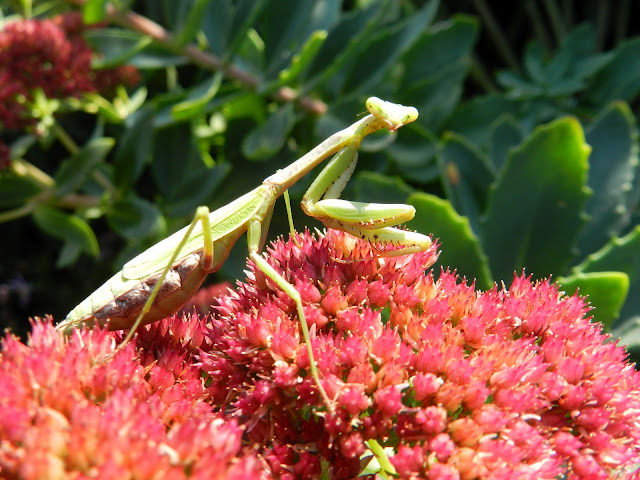 Other residents in the garden are preparing for winter in their own way.  Note the bulging abdomen of this little lady; no doubt there will soon be egg sacs of little mantids hidden below the sedum and waiting for spring.  I think she's trying to tell me something, don't you?  She's probably thinking it's time I wake up and realize that fall is fleeting.  I may be in denial, but a hard freeze predicted for tonight may change my mind.  That should provide the reality shock that's it's time I get busy!
Posted by Rose at 5:00 PM