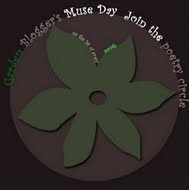 Not only is this ABC Wednesday, it is also the first of December, meaning Garden Muse Day as well. Since I seem to be able to manage only one post a week lately, this is another one of my two-for-one posts. 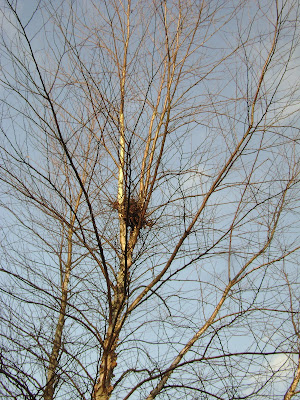 T is for Tree

All the complicated details
of the attiring and
the disattiring are completed!
A liquid moon
moves gently among
the long branches.
Thus having prepared their buds
against a sure winter
the wise trees
stand sleeping in the cold.
--William Carlos Williams

While I miss the blazing color of autumn trees that light up the landscape, there is beauty to be found in the bare branches of winter trees as well. And certainly those bare branches make for much easier bird-watching, a favorite indoor winter activity. 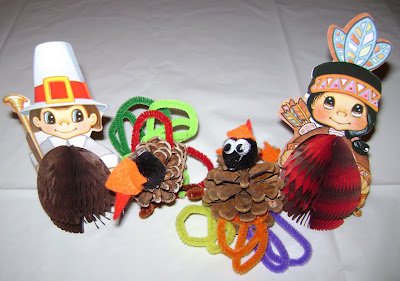 T is also for Thanksgiving. While I should have shown here a picture of the Turkey and all the Trimmings, the truth is, I was much too busy cooking and trying to get everything ready on time to grab a camera. The little turkeys above, by the way, were a craft project I did with my grandkids last year. I think I've mentioned before that Martha Stewart I am not:)

Thanksgiving is one of my favorite holidays, and this year's was extra special. Arizona Daughter came home, her first trip home in over a year, and she and Almost-Son-in-Law spent the better part of five days with us. That meant a thorough cleaning (neglected all gardening season!) and the grocery shopping was all done before she arrived in order to spend as much time with her as possible. Also keeping me busy these past few weeks was painting and refurbishing Younger Daughter's bedroom into a guest room. 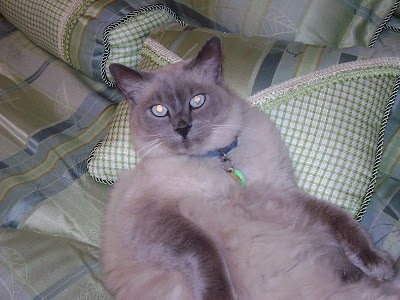 Toby put his seal of approval on the new bed before Daughter arrived and kindly agreed to let Daughter share it with him.

The days were filled with an abundance of food, family, and lots of laughter. Youngest Grandson didn't really remember his aunt, but a few Oreos quickly won him over. The time flew by all too quickly, and by the weekend Daughter and boyfriend were flying back to Arizona. I'm hoping to see her again mid-winter--but this time I'll be traveling to her warmer home! 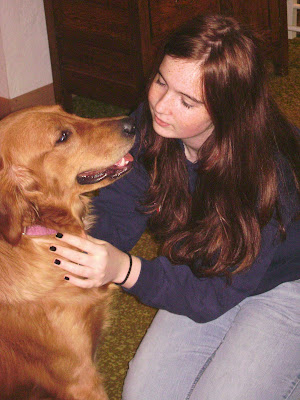 Thanksgiving weekend was also a time for two celebrations. Yesterday Sophie, pictured above with Oldest Granddaughter, celebrated her first birthday! She thoroughly enjoyed the visit with Daughter, the consummate dog lover, and all the attention from the grandkids. She even had her own birthday cake--a little pumpkin pie. 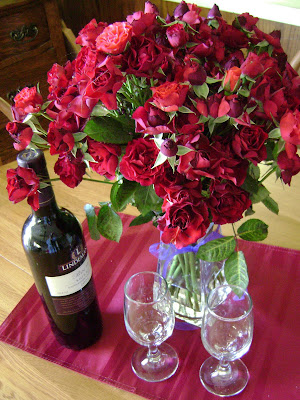 Another milestone yesterday--my husband and I celebrated our 40th anniversary. Won't you join me in a Toast?
"I don't care how poor a man is; if he has family, he's rich."
--Dan Wilcox and Thad Mumford, M*A*S*H
Garden Muse Day is hosted by Carolyn Gail; I hope you'll visit Sweet Home and Garden Chicago for other musings on the day.
ABC Wednesday is hosted by Mrs. Nesbitt, with posts from all around the world found here.