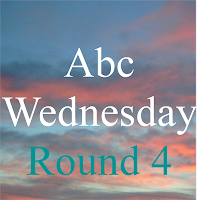 Oh, it is Spring! Looking through my files of photos, I do have some O's for this week's ABC post. 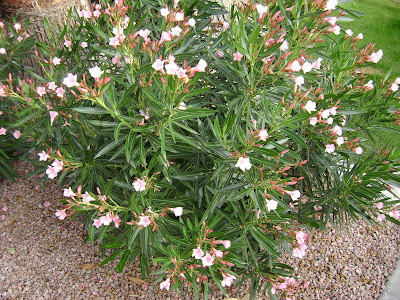 First, we have Oleander. A common shrub across the world from the Mediteranean region to southern China, this particular plant was photographed in Arizona. 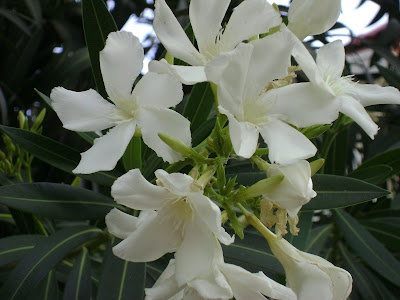 Oleander shrubs are seen everywhere in Arizona from home landscaping to highway plantings. They can even grow as trees as in the picture above. As beautiful and long-blooming as they are, I'm not sure I would want them in my own backyard. A member of the dogbane family, oleander is highly toxic. 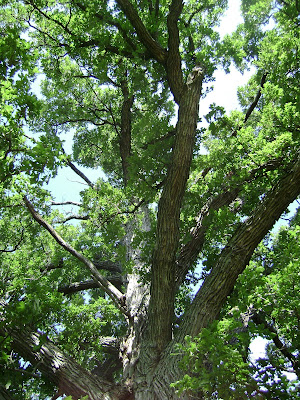 I don't have to look beyond my yard, however, to find the next O--my grand old oak tree that I've determined is over 200 years old. I've used this tree before in several posts, including an ABC post last fall, using its botanical name Quercus Macrocarpa. This photo was taken last summer, however; it's just beginning to show the faint signs of green leaves right now. 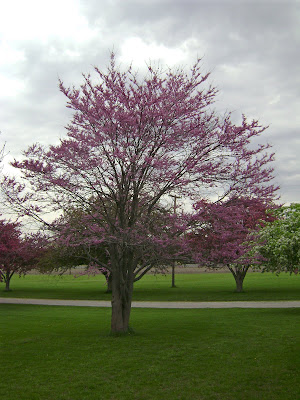 While the majestic old oak is my favorite tree, in the spring I'm partial to the redbuds. I've discovered, though, that capturing the almost fluorescent lavender of its spring blooms is nearly impossible on a sunny day, and a cloudy day isn't much better. 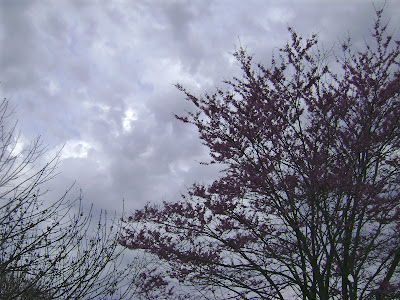 After a beautiful but windy weekend, the clouds rolled in with rain for the past two days. You can see the redbud to the right in this picture. Yes, in the springtime it's my favorite tree . . . 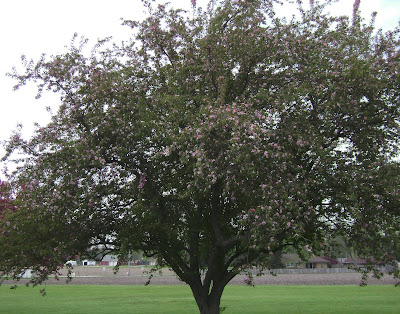 . . . or maybe this pink flowering crabapple is my favorite. Once all the blooms open up, it's magnificent. 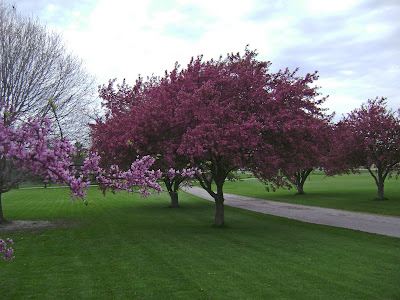 Of course, it's hard to choose between the pink crabapples and the red ones. (There's a sprig of redbud to the left that shows its color!) 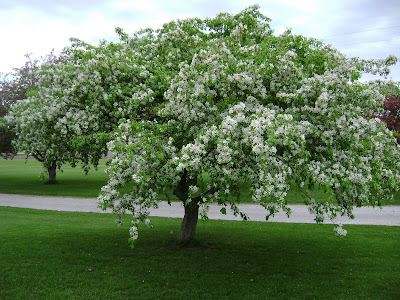 But there's also something to be said for the white crabapple. Oh, it's so hard to choose--I just love them all!

This week, as April moves into May, is one of my favorite times of the year as all the flowering trees burst into bloom, and the long lane leading to our house looks like something out of a fairy tale. Sadly, though, this year the fairy tale didn't end happily ever after. I took all these photos on Saturday and Sunday, and by Monday I noticed many of the blooms had blown to the ground and no new ones were opening up. The red crabs bloomed for two days at the most, and the pink ones had only a few blooms. The white crabapple looks pretty good above, but it's at least a week earlier than last year and not nearly as full of blooms. 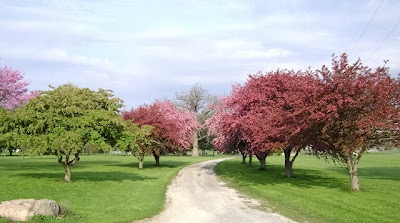 Last year this is what my driveway looked like on the first of May, with the white crabapple still waiting to blossom. Beckie and I were talking today about the lack of flowering crabapple blooms this year. Another local blogger, Joyce, commented last week that her crabapples had been hurt by the cold winter. It makes me sad to think this year I won't see the same view as above. But at the same time, Beckie commented how much better her plum tree looks this year, and I've noticed that all the magnolia trees seem to have blossomed earlier this year without the all too often damage from frost. I guess it just shows that Mother Nature can surprise us at any time. 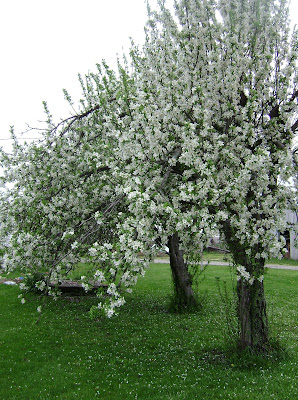 Speaking of surprises, by far the biggest surprise this spring has been the two old apple trees--they are literally bursting with blooms. I have never seen them bloom like this; I wonder if that means if they will have even more apples this year? Actually, I hope not--I still have a freezer full of applesauce:) 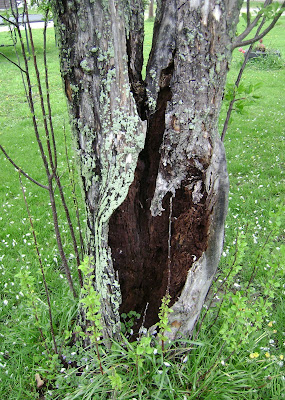 What's even more surprising to me is that one of these apple trees is still standing. You can see the huge hollow area in its lower trunk; I'm worried that a strong storm one day might be the end of this apple tree. But then again, one never knows--Cheryl also posted about her beautiful old apple tree on Monday, complete with a similar hollow. 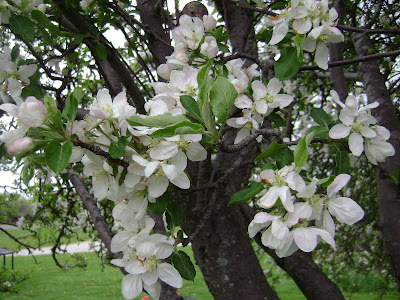 While I've spent sunny days lately looking downward, digging in the dirt and looking for new growth in the garden, it's good to look upward and see blooms sent from above.