This week we have come to the letter U, which is for Ubiquitous . . . 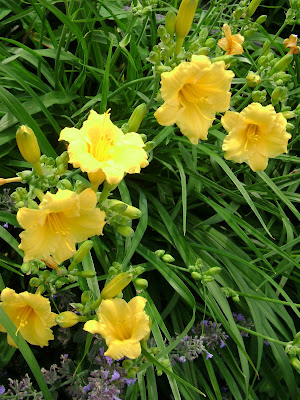 . . . as in the Ubiquitous Stella d'Oro daylily.

Stellas can be seen everywhere these days in commericial plantings, from the curb in front of a business to even the drive-through at the local McDonald's. As a result, many gardeners refuse to plant these lovely lilies. It's too bad, really, because I love these plants! In fact, I even wrote a poem about them in a post last summer. They are easy to grow, bloom all summer, and provide an attractive green foliage when they're not blooming.

The problem with them in commercial landscaping that I can see is that they are often planted by themselves or are not taken care of properly. Sometimes you will see mass plantings of these lilies, but they look best when used as a border in front of other taller plants or interspersed in a variety of plants. It's easy to see why businesses might plant so many of these, because they are so easy to maintain. But they do need to be divided every few years; otherwise they become straggly and less attractive. My Stellas will be dug up next spring and divided, to be shared with the daughters-in-law. 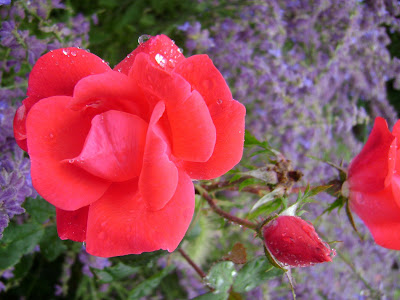 Another plant that is becoming ubiquitous as well is the Knockout Rose. This is also understandable--this rose is so easy to grow! I had no intention of growing roses when I first started gardening several years ago, but my daughters gave me two of these as a birthday gift that year. I was appreciative and found room in the flowerbed for them, but I was very doubtful I could keep them alive. Five years later these beauties are still going strong, surviving sub-zero Illinois winters, drought, yearly attacks by voracious Japanese beetles, and two clumsy transplantings. They don't need special rose food, cones during the winter, or careful pruning. While their flowers are not as spectacular or fragrant as the hybrid tea roses, they're the perfect rose for a non-fussy gardener like me. 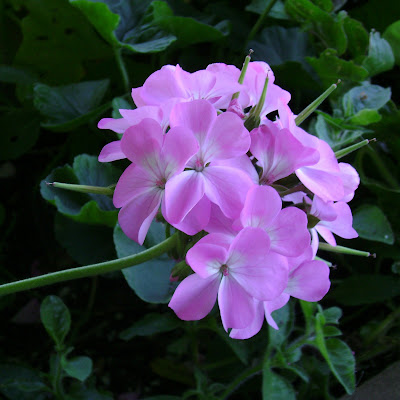 And who doesn't recognize the common geranium? Several years ago I was reading an article about container planting in which the writer expressed his disdain for the ubiquitous geraniums and vinca vines stuck in pots. Mea culpa. I've since learned a lot about container planting and experiment each year with new varieties of plants and new combinations. But there will always be room somewhere for these tried-and-true beauties.
There is a reason these plants are seen everywhere. They all provide long-lasting blooms with a minimum of fuss. Another ubiquitous flower I've omitted is the petunia; other than the wave petunias, though, I don't plant these anymore. But the three I've listed here are flowers that will always be seen in my garden, even if they are "ordinary." 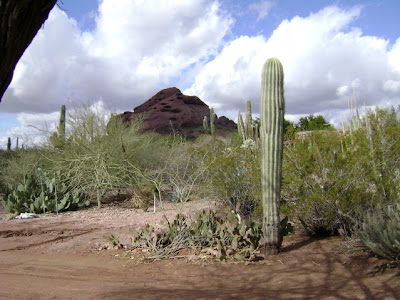 The saguaro cactus is a plant not seen outside of the Sonoran Desert area but is certainly ubiquitous in Arizona, which is where I've been for the past week. I've had little time for blogging while here (most of this post was written quickly before I left), but I've taken lots of pictures and will have much to share with you when I return. And I hope to catch up with everyone's posts this weekend.

ABC Wednesdays are brought to you by Mrs. Nesbitt's Place and the ABC Anthology.
Posted by Rose at 1:00 AM