Of Books, Blooms, and Dogs

It's a busy, busy time.  Weeds are growing as fast as the perennials and need to be pulled, and every flowerbed needs to be mulched.  Plant shopping has begun, and with the warm weather, I've been ignoring the average last frost date of May 15 to get an early start on some of the containers. The back porch is so filled with plant purchases already that no one can go through the back door without tripping over a flat of impatiens or all the Carex that came back with me from Texas.


So who has time to read a book?  Actually I do; it's still the best way to relax before falling asleep and to ensure I'll dream about something other than pulling weeds:)  When I realized it was time once again for the monthly meeting of The Book Review Club, I decided to critique the last book I have read, since it was freshest in my mind; it's also a departure from my usual genre.

Cooper Harrison is a broken man.  A former K-9 officer in Boston, he must take a leave of absence after being injured in an explosion during an arrest.  But the psychological scars are even worse, and he is so traumatized by the death of his beloved partner Argos that he resigns from the force.  Months later, he is offered a job by an old friend from his hometown as an animal control officer.  It's a step down in his career and his childhood home is filled with unhappy memories, but Coop's depression has led him to drinking and with his marriage falling apart, he decides to take the job, but only as a temporary position.


Cooper rents an isolated cabin so that his pacing during the middle of the night when he awakes from his nightmares about Argos won't be noticed by neighbors.  Even during the day, he is haunted by his past as he sees a ghost of a dog on his morning jogs around the lake.  But one day he realizes this is no ghost he is seeing, but a stray dog obviously frightened of humans, and he becomes determined to catch it.  Cooper spends days trying to lure the dog, going well beyond normal measures for an animal control officer.  When he finally is able to capture it, the dog is close to death and Coop's friend the vet recommends a merciful euthanasia.  But Cooper feels he owes it to this dog--and on a deeper level, to the memory of Argos--to do everything he can to save him.  He takes the dog into his home while he heals, but only until he finds his owner.  Finding the owner and the person responsible for cruelly abusing this dog becomes Cooper's mission and ultimately his salvation.

Obviously I'm a dog lover, but I don't usually read stories that focus on animals.  I still have vivid memories of being devastated by Old Yeller as a child.  When I watched the movie Marley and Me, I cried so hard at the end that I knew I could never read the book.  Other animal stories that have happier endings often seem too sappy or sentimental.  But there was something in the reviews of this bestseller that made me think it was worth reading, and I am glad I did.


The Dog Who Saved Me is anything but sentimental.  Cooper Harrison has no intention of getting too attached to the Labrador who is nothing like his beloved German Shepherd Argos; in fact, he never gives him a name but simply calls him "the yellow dog."  Even though small parts of the book are written from the dog's perspective, they are believable in explaining his instinctive reactions and help to explain how the dog became so frightened of humans.


I enjoyed Susan Wilson's novel because it is much more than just a dog story.  As Cooper climbs out of his depression, he finds himself attracted to a woman with her own need to heal.  He also must deal with his estranged father Bull, a Vietnam vet and recovering alcoholic, and Jimmy, his hardened ex-con brother.  Ultimately, Cooper Harrison finds personal redemption, and yes, the book does have a happy ending.

And now a few scenes from the garden where spring is rapidly turning into summer:

Just a few days ago, the white crabapple was full of beautiful blooms,
but most have now blown off with the wind and light rains. 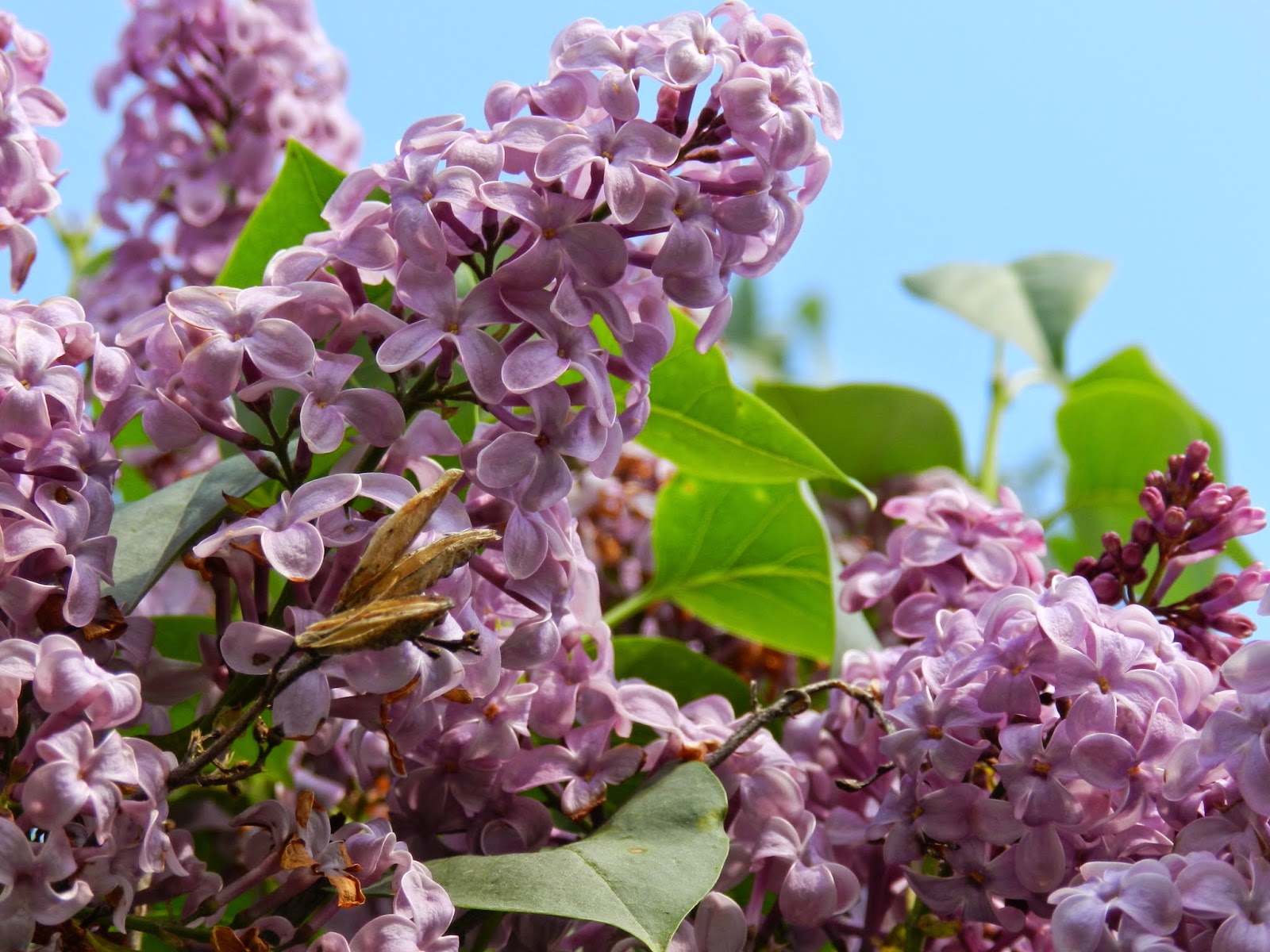 But the lilac is still blooming, providing me with perfumed bouquets indoors. 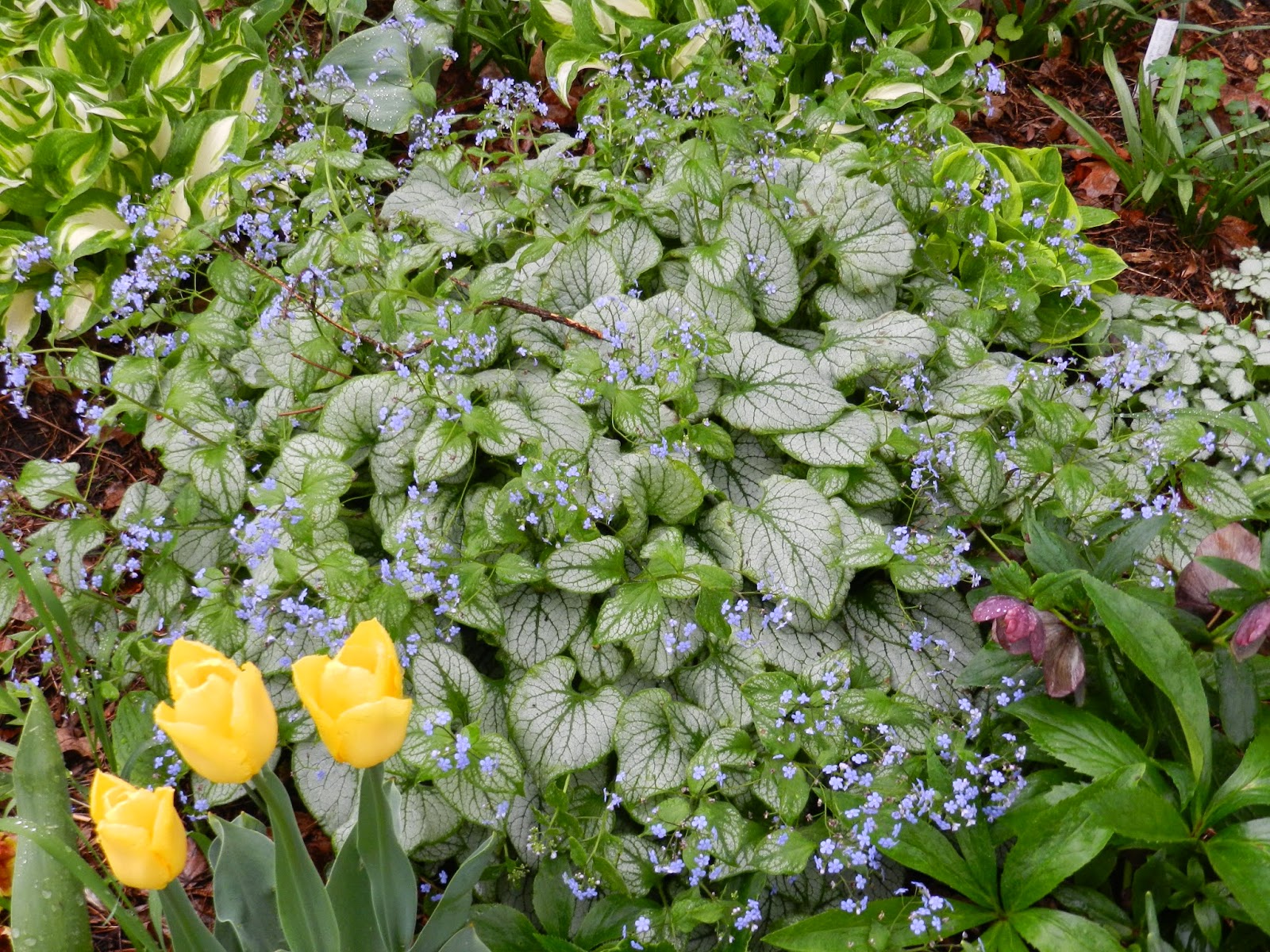 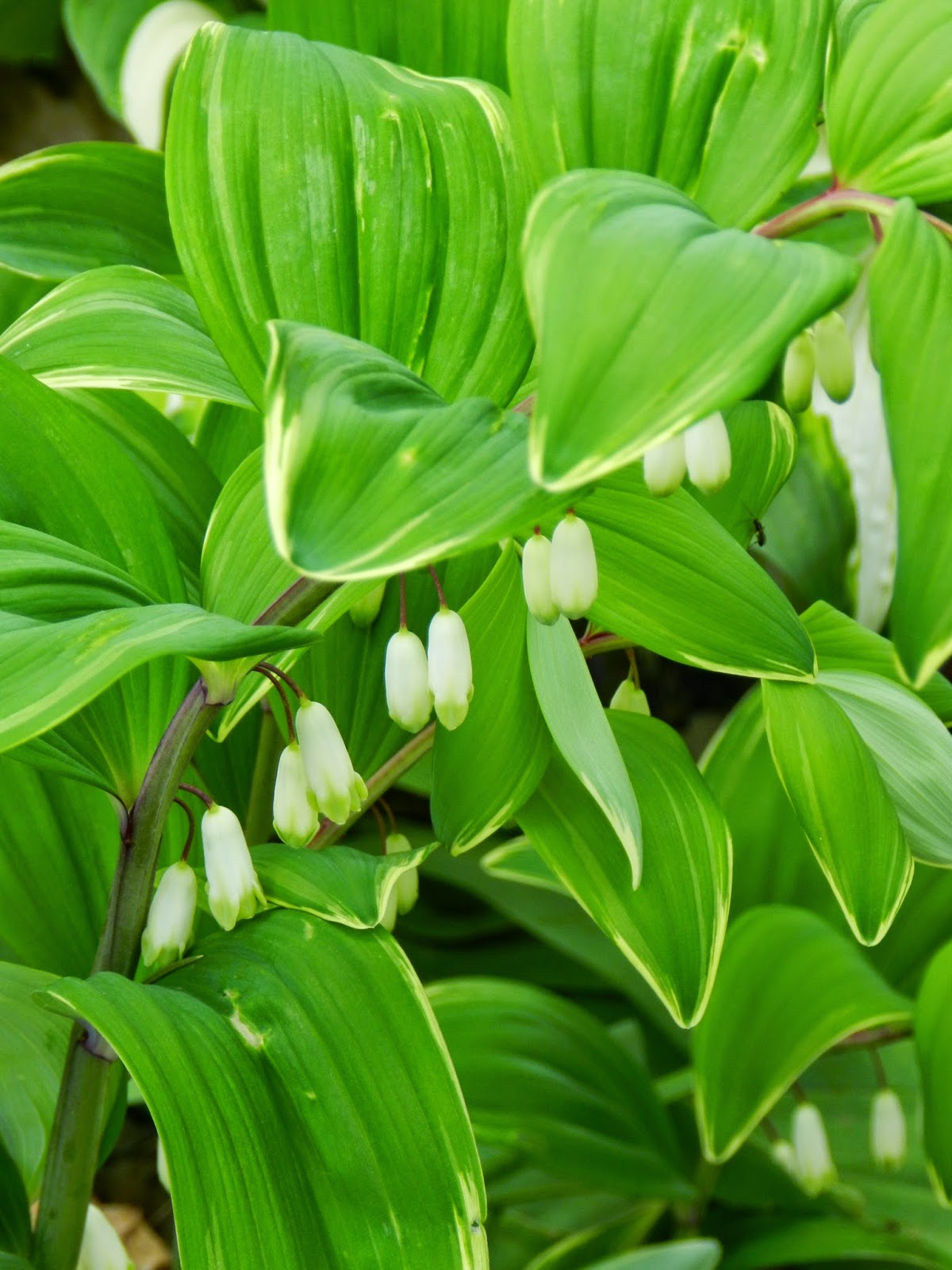 You have to look more closely to spot the small blooms of Solomon's Seal. 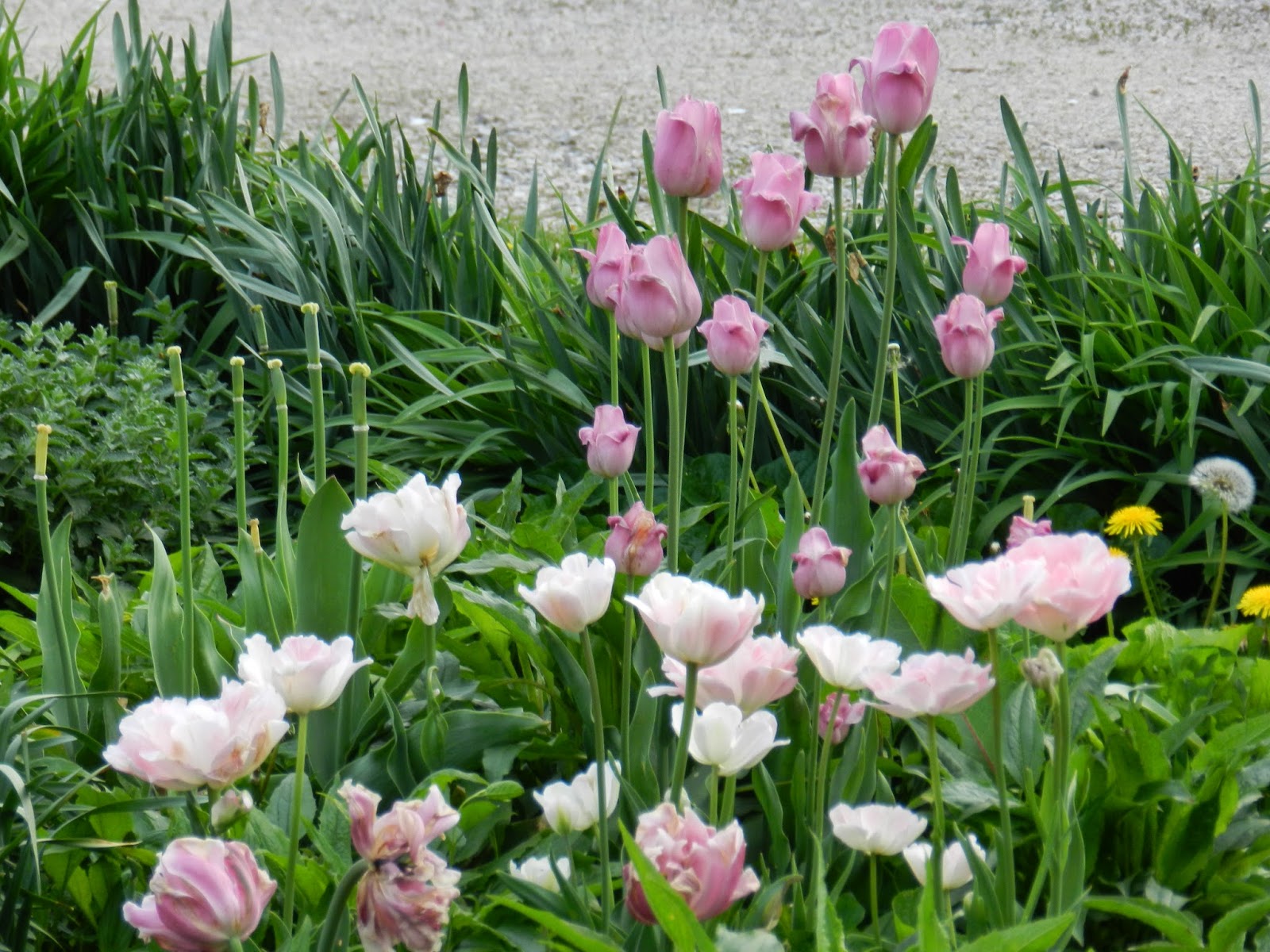 Tulips are fading fast in the warm temperatures of the past week.  I've noticed that the 'Rosalies,' my namesake tulips in the back,  turn a little deeper in color as the days go by and age beautifully.
Wish I could say the same for me:) 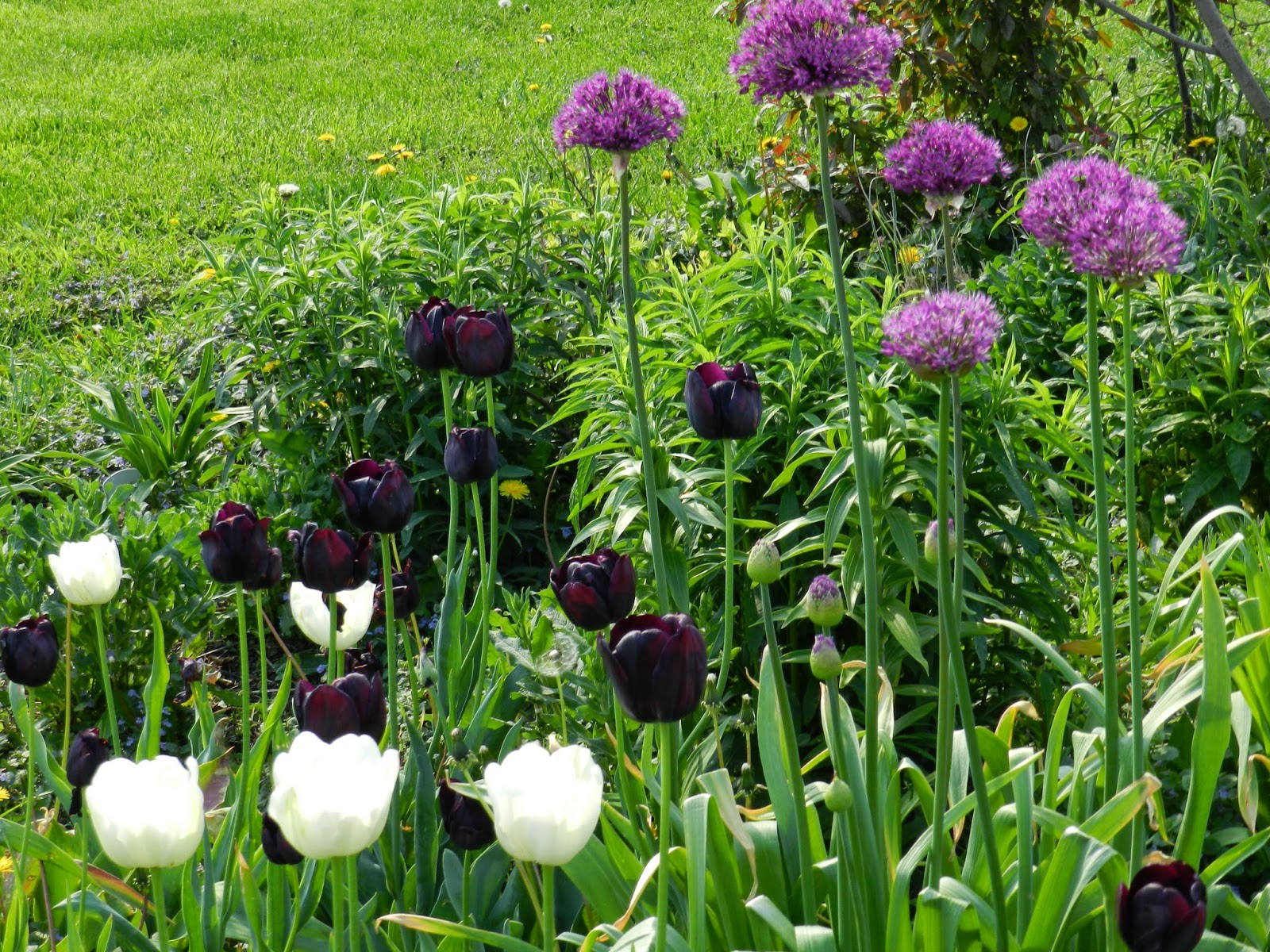 Late-blooming tulips 'Queen of the Night' and Marguerite' compete with the emerging Allium. 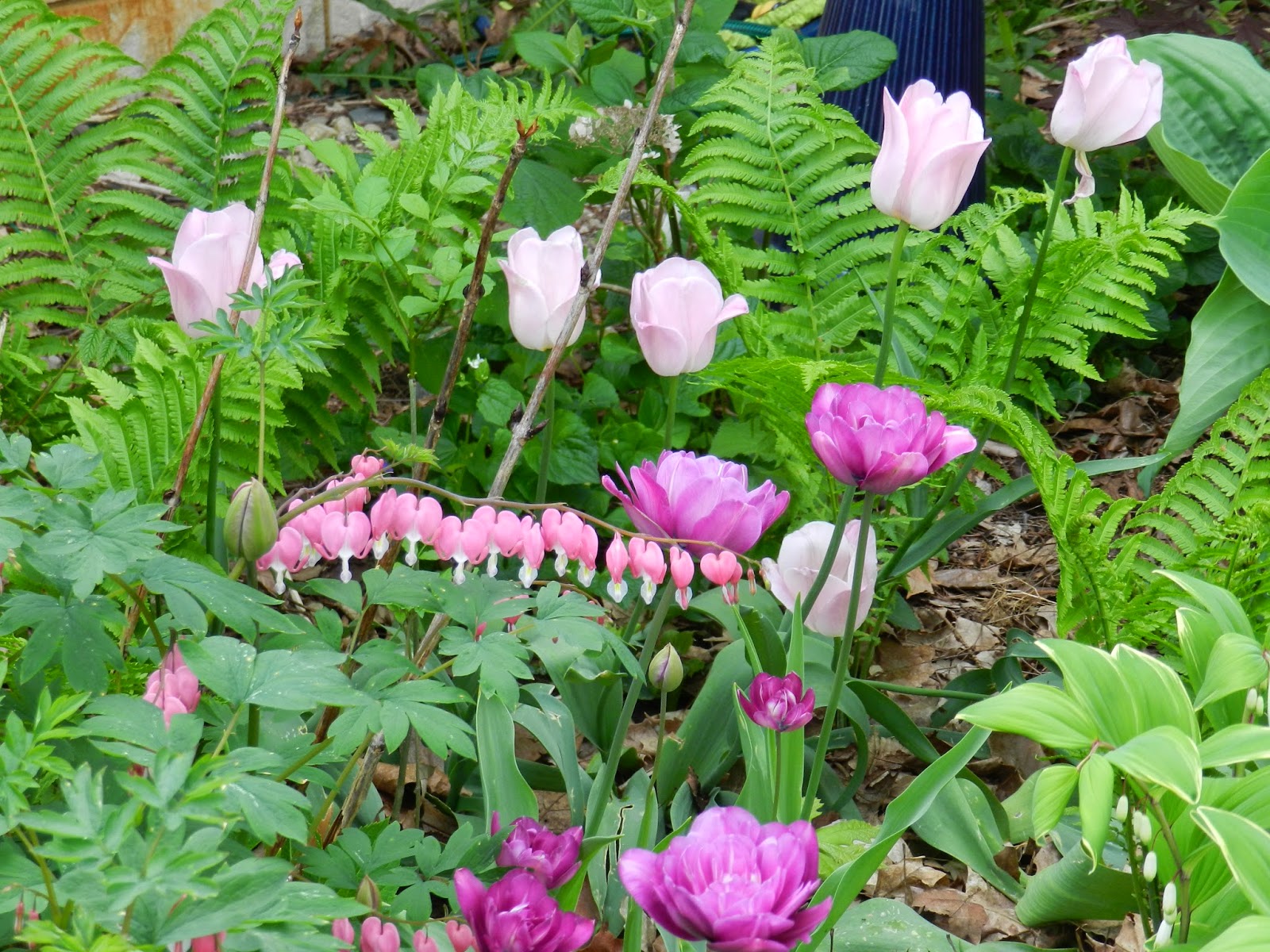 Other late tulips in the shade garden complement the Bleeding Heart.  Have you noticed I like pink?

Spring has to be the shortest season here in Illinois--oh, how I wish it would last longer!

As with all the books I review here, I received no compensation of any kind for writing this review.  The Dog Who Saved Me was borrowed from our great local library system.