Today I am going to "preach to the choir. " I know that you know that many pollinators, especially honeybees and our native bumblebees, are in sharp decline.  I know you are concerned because so many of you post information on your own blogs on this subject. And if you have stopped by after visiting Gail's Wildflower Wednesday post, you already are concerned about helping the pollinators.  So I'm not going to bore you today with things you might already know, but I might have some encouraging news.

Several weeks ago I attended a panel discussion on  helping the pollinators sponsored by three area organizations and held in the County Extension auditorium.  I signed up to attend as soon as I found out about this forum, not only because of the topic, but because I really wanted to hear two of the speakers.


This was the first time I've had the chance to attend any kind of talk given by Dr. May Berenbaum, the head of the Entomology Department here at the University of Illinois.  Dr. Berenbaum is somewhat of a local celebrity, having started the Insect Fear Film Festival at the U of I over 30 years ago.  The film festival has received national publicity, and I just noticed the 2015 festival will be held this weekend, so stop in for some fun if you're in the area!  Dr. Berenbaum has also received a host of other more dignified academic awards, including the National Medal of Science, which she received in a White House ceremony in November.

If you read Dr. Berenbaum's history of the Insect Fear Film Festival (and it's worth reading), you can tell she is not some stuffy academician.  She is passionate about insects and sharing that passion with the public.  In the 20 minutes or so allotted to her, she gave the audience a wealth of information about the importance of pollinators, including the fact that they are worth about $20 billion to U.S. agriculture.  I learned that while the majority of pollinators are insects, 1 in 100 are vertebrates like birds, bats, and even a few lizards.


While the numbers of some pollinators like honeybees has declined dramatically all over the world in recent years, the interest in this topic is at an all-time high.  So the good news is that more and more people want to help!  Dr. Berenbaum ended her talk by offering some suggestions for all of us such as diversifying our landscapes, avoiding pesticides, and becoming a Bee Spotter.


The next speaker was someone I was particularly interested in hearing, too, not because he is any kind of a celebrity, but because he is a friend of my family.  A local beekeeper continuing his family's tradition, Rev. Emil discussed the problems in managing beehives and reported that on his last inspection of his hives, there was only a 17% survival rate.  That is a pretty depressing outlook, and I was a little disappointed that he never explained the cause of losses in the hives in recent years.  Perhaps he doesn't know himself, and perhaps it is due to a combination of factors.  However, he did remark that “I haven’t learned yet how to herd bees—bees go where they want to go.”  That drew some chuckles from the audience, but it also highlighted a serious problem for managed bees as well as bees in the wild--nearby fields and lawns sprayed with pesticides.

A representative from Pheasants Forever was also on the panel.  I have to be honest--I knew nothing about this organization beforehand and always assumed from the name that it was some kind of hunting group.  But quite the opposite is true--it's a group dedicated to conserving pheasants and other wildlife through habitat improvement.


The speaker also happened to be a Farm Bill Biologist working in several area counties, and in that role he presented what I thought was one of the most encouraging bits of news of the afternoon.  The 2008 Farm Bill calls for more pollinator habitats and specifically is encouraging farmers to turn land not in production or unproductive land into corridors where bees and other pollinating insects can thrive.  Farmers who sign up to participate can receive wildflower seed and even some financial compensation.  This seems like such a great idea, and I hope it is successful.

The final speaker of the afternoon was our own Extension Horticulture Educator Sandy, who offered suggestions for home gardeners on how to create a pollinator-friendly landscape, including plant recommendations and allowing so-called "weeds" in the lawn like violets and white clover to grow because they are important food sources for many pollinators.


Most of Sandy's recommendations are well-known to those who garden for wildlife and pollinators, so I won't repeat them all here.  But for anyone in the audience who might not know where to start on creating a garden, she recommended a brochure from the Extension, "Plant a Pollinator Pocket."  The pamphlet includes sample designs for a small garden and makes it easy for anyone to get started--you can even download it from the Extension website here, if you wish. 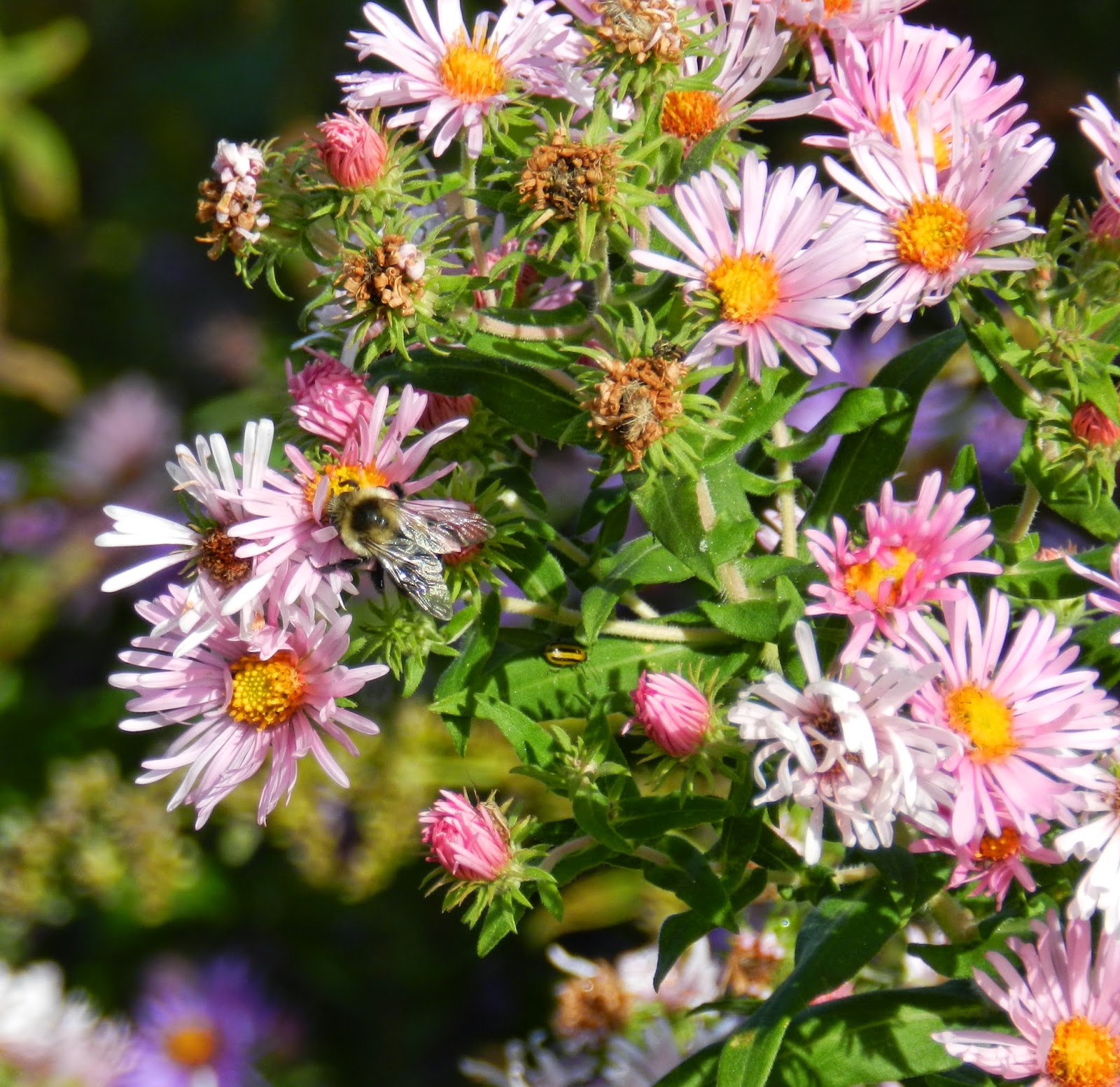 Although the plight of many pollinators is still in peril, what was so encouraging about this whole forum was that so many people were interested in the topic. There was a standing-room-only crowd in the Extension Auditorium--more than 150 people on a chilly January afternoon.  And these were not necessarily gardeners:  I spotted some familiar Master Gardener faces and some Master Naturalists, but there were just as many farmers and other interested community members as well.  If each one of these takes some action to create a more pollinator-friendly environment on their own property, and then by their own example encourages others to do the same, think of the impact! 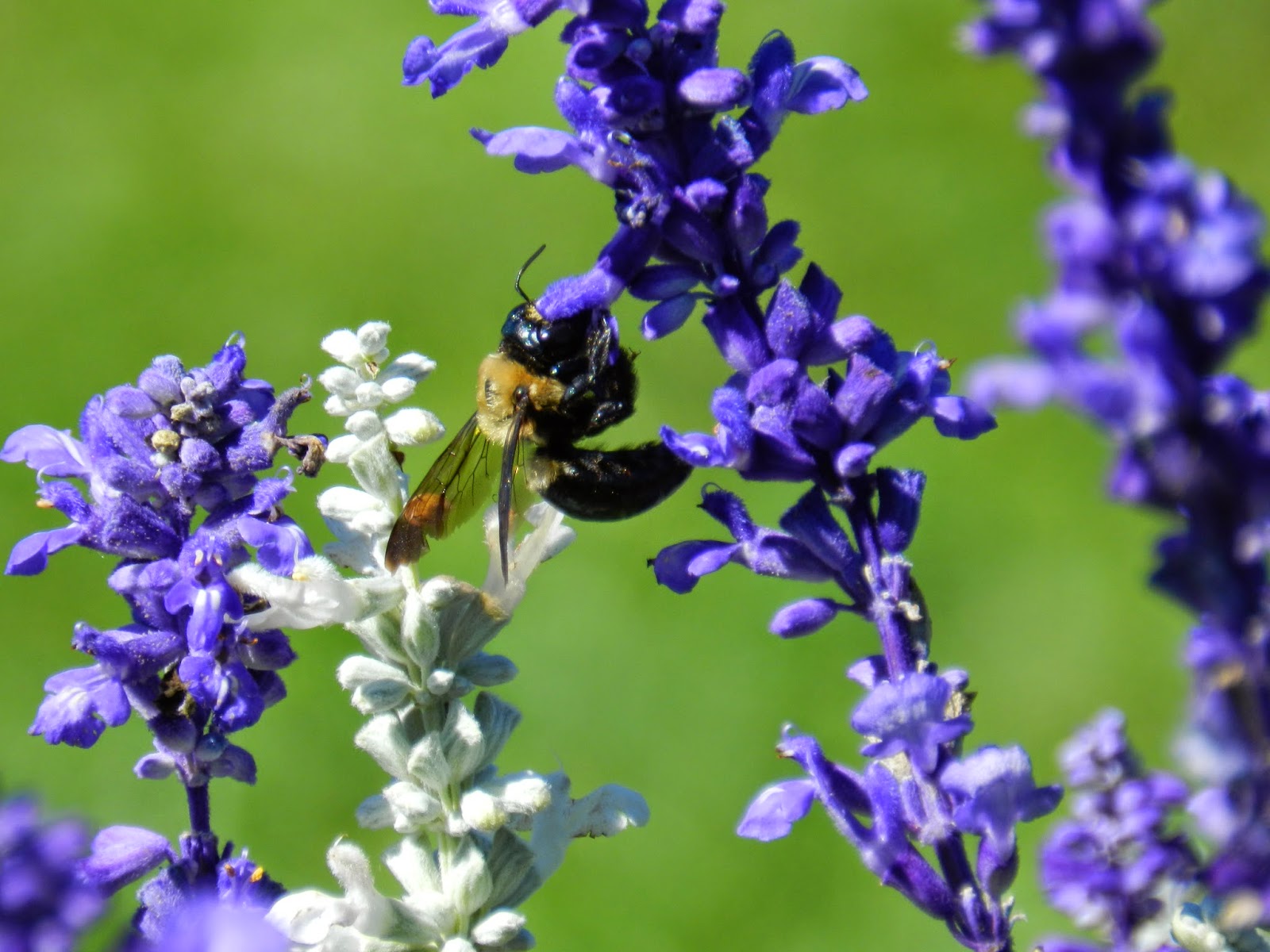 For more ideas on helping the pollinators and different native plants to grow, check out other Wildflower Wednesday posts at Clay and Limestone.  A big thank-you to Gail for being one of the first to inspire me to create a more pollinator-friendly garden and a very Happy 5th WW Anniversary!