It's Garden Bloggers' Bloom Day once again--where has the time gone??  June is my favorite month, and here we are already halfway through it.  One of the reasons I always enjoy participating in this meme is that it gives me a monthly record of what is blooming throughout the year, and I can compare what is growing in my garden from year to year.  Looking back at last year's June post, I wasn't surprised to find that almost everything is later this year. Spring arrived late after the winter that wouldn't end, and then some hot days in May put a quicker than normal end to spring bulbs, but jump-started everything else.  Still, that jump-start wasn't quite enough to bring everything to its normal blooming time. 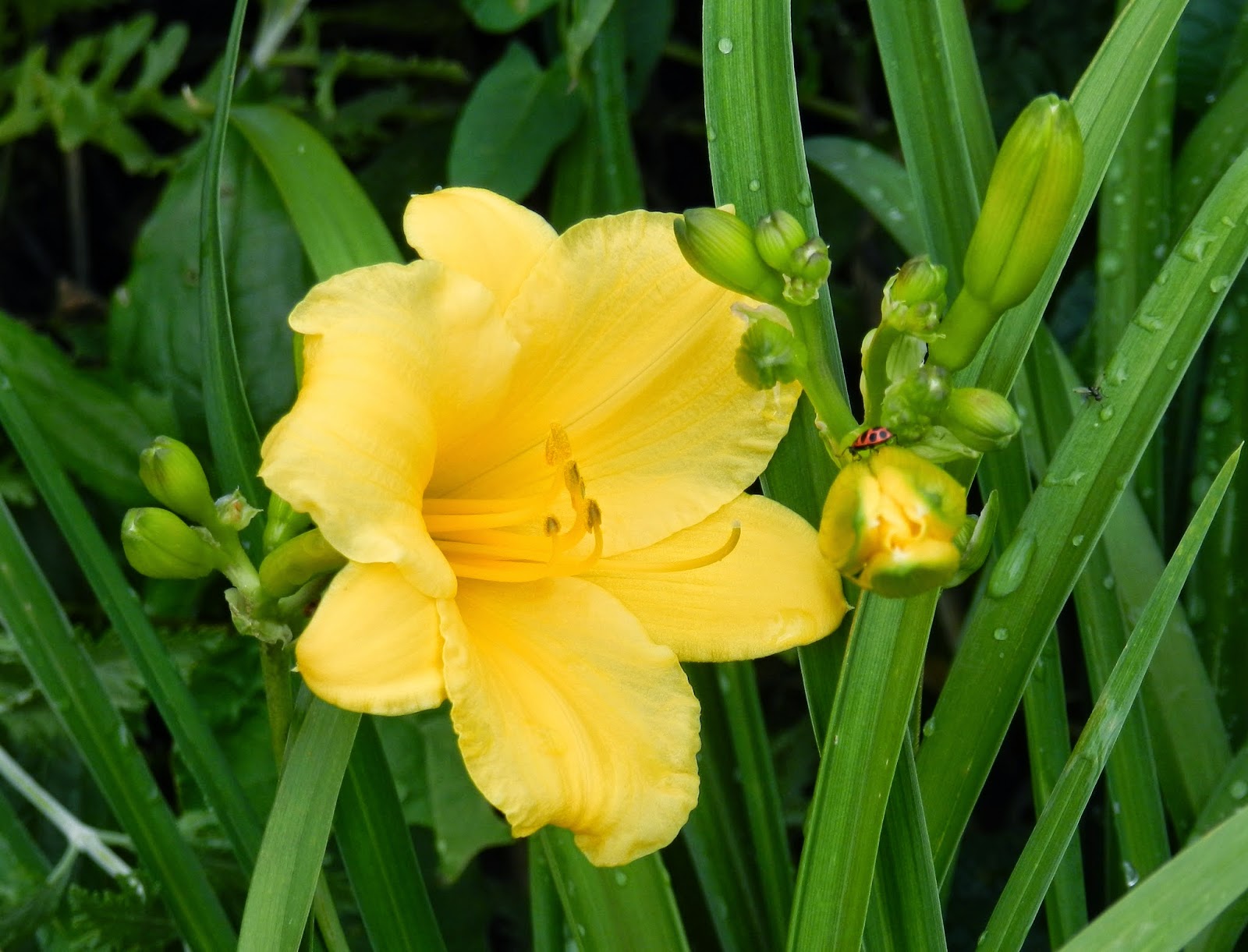 Usually by this time in June, I have a plethora of blooms from all the 'Stella d'Oro' lilies, but they are just beginning to open up.  Note my little lady friend on the bud. 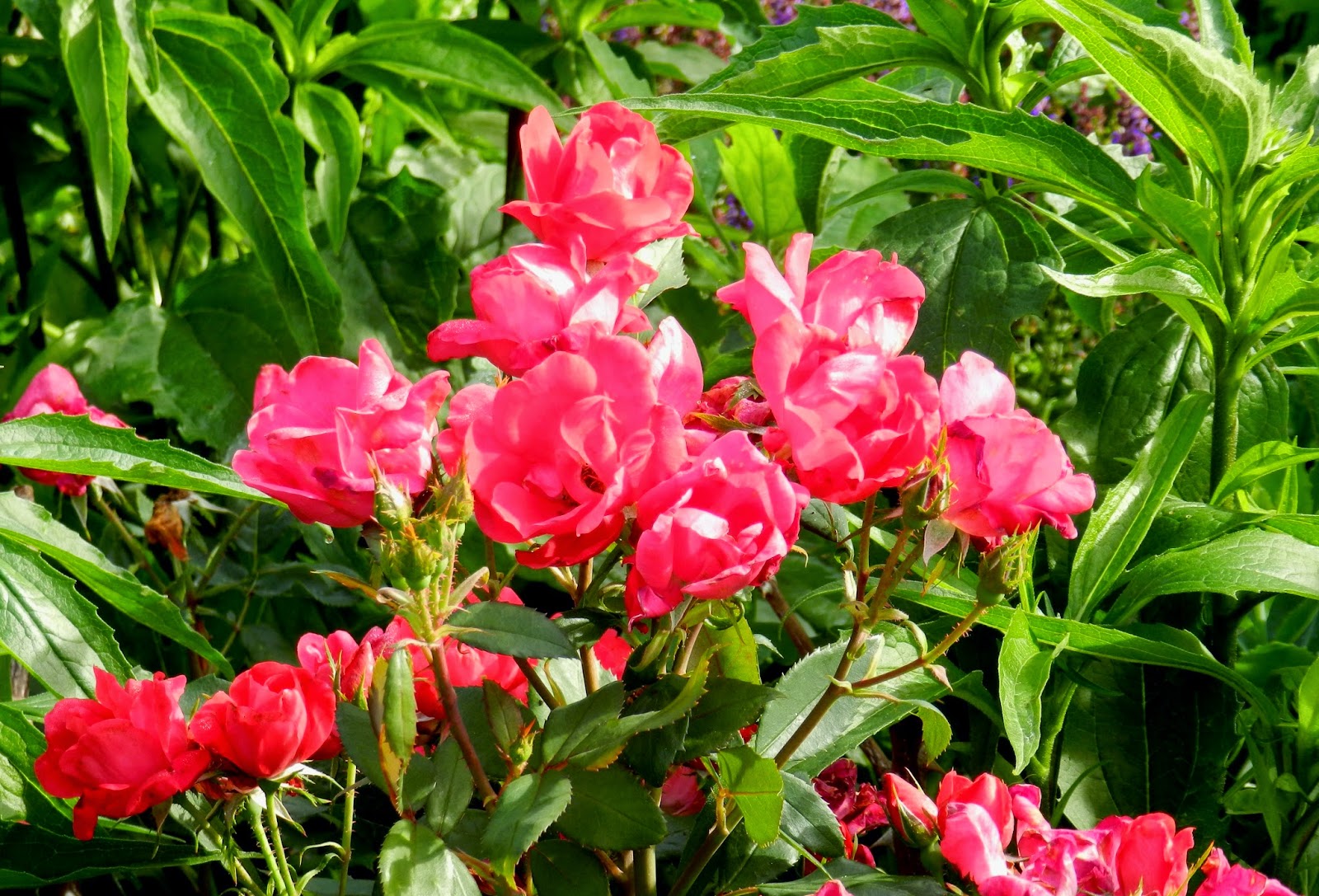 Knockout roses are virtually indestructible, but even they were hit hard by this winter.  They, too, got a late start, but worst of all, there was some dieback.  I apologize for the bad photo, but I was trying to get a close-up.  The whole plant is not a pretty sight--I pruned these back hard this spring, but not enough. Time to get out the pruners and cut back all the bare canes sticking above the blooms, one more spring chore to add to the list. 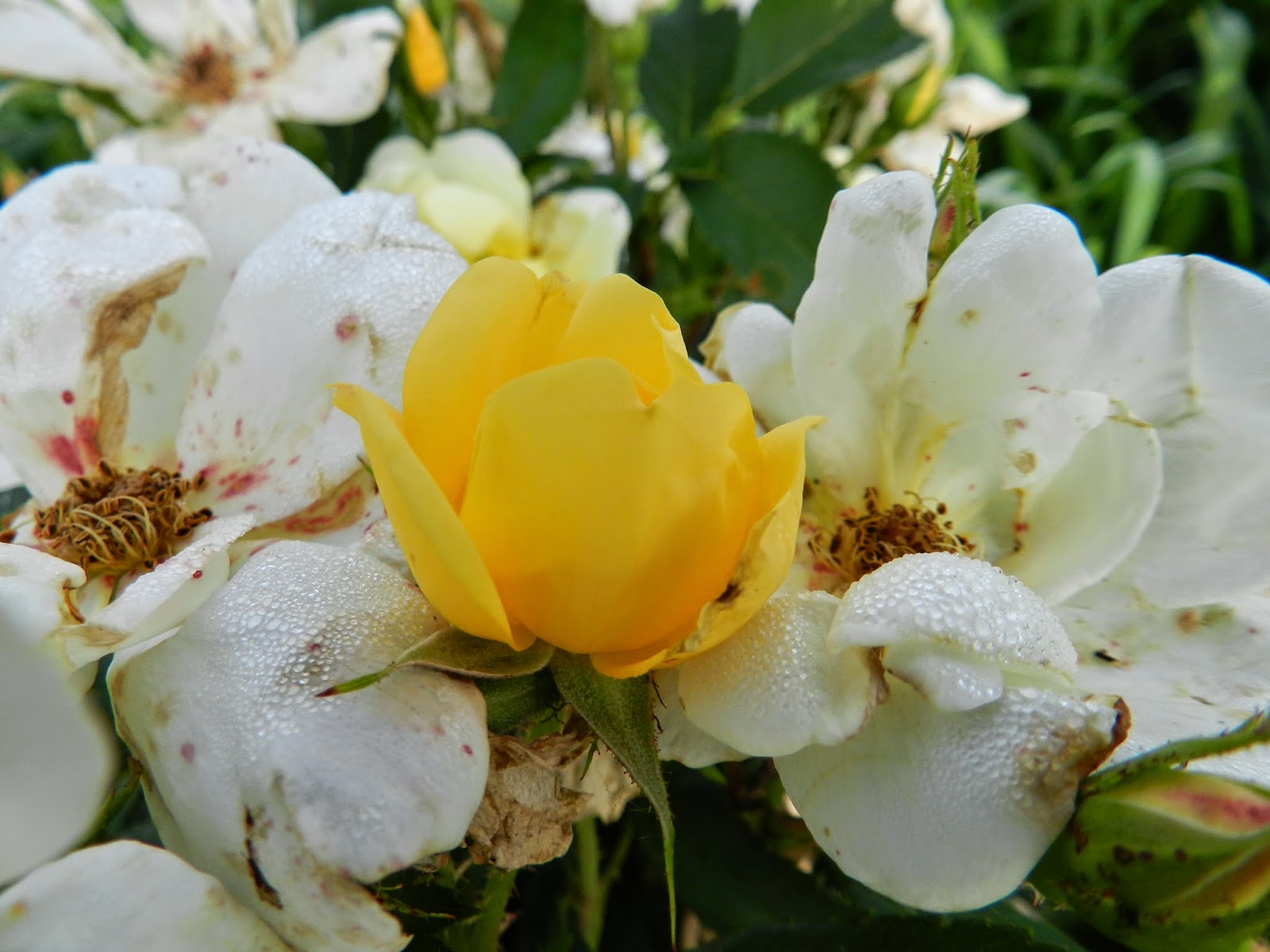 The 'Radsunny' roses look a little better.  I bought two of these when they were fairly new on the market, and I wish I had known then that though the buds are a lovely yellow, they quickly fade to white as they open up. 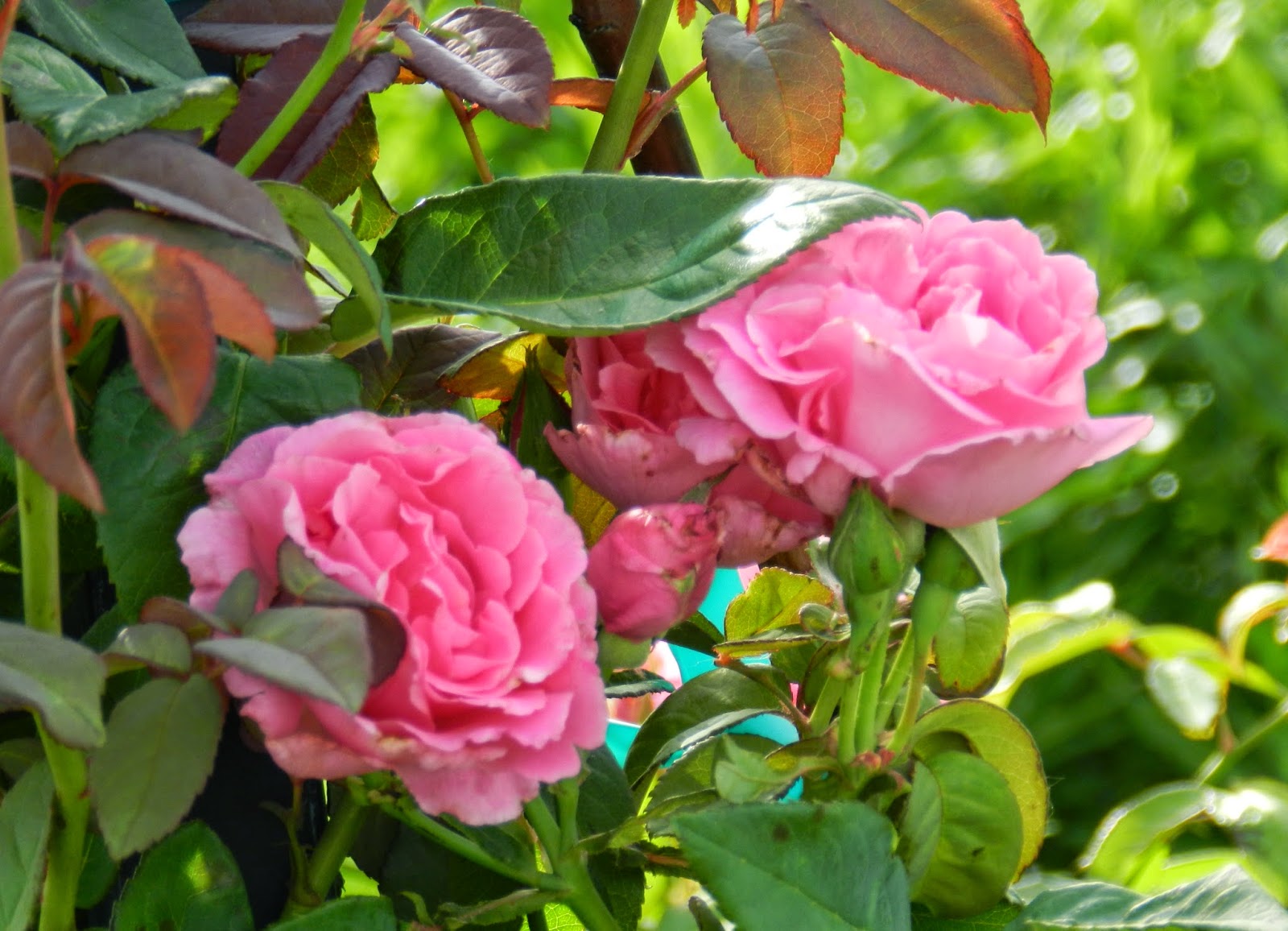 'Zephirine Drouhin' also got a hard pruning this spring.  She hasn't climbed up very far on the arbor trellis this year, but at least she's still putting out numerous pink blooms.

While the garden may be behind "schedule," one thing you won't hear me complain about this month is the weather.  We have had frequent rain showers, enough to keep all the plants happy.  Of course, it also means the weeds are happy, too, but I'll take some weeding time over a drought any day. 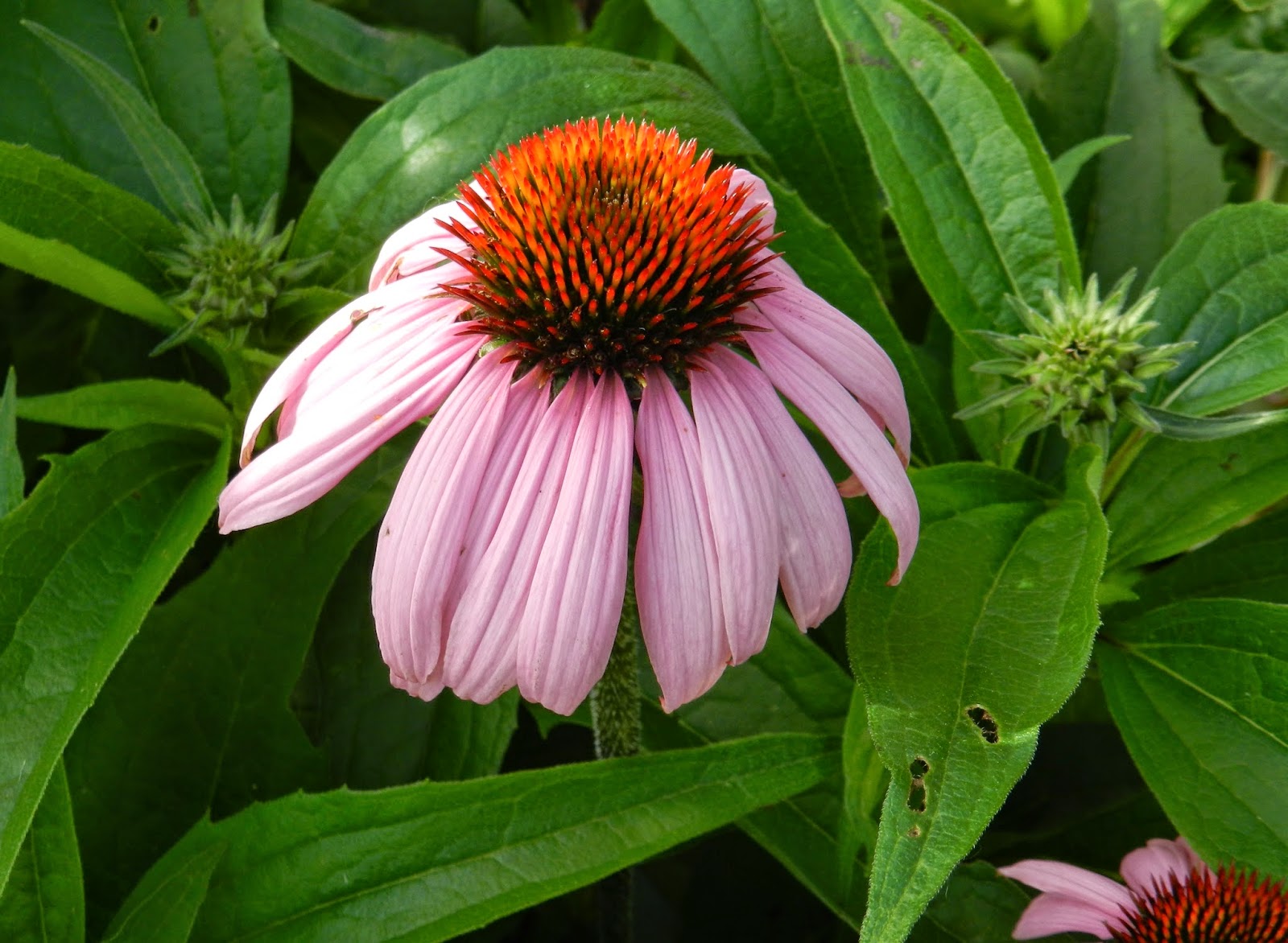 This is the time of year in the garden that I remember Christopher of Outside Clyde calling "the height of the lull."  It's that time of year between all the lovely spring bloomers and the riotous colors of daylilies and other summer flowers.  A couple of early coneflowers have appeared, but not the masses that I will have in a few weeks.  And I do mean masses--they have taken over my sidewalk bed and re-seeded themselves in a couple other flowerbeds as well! 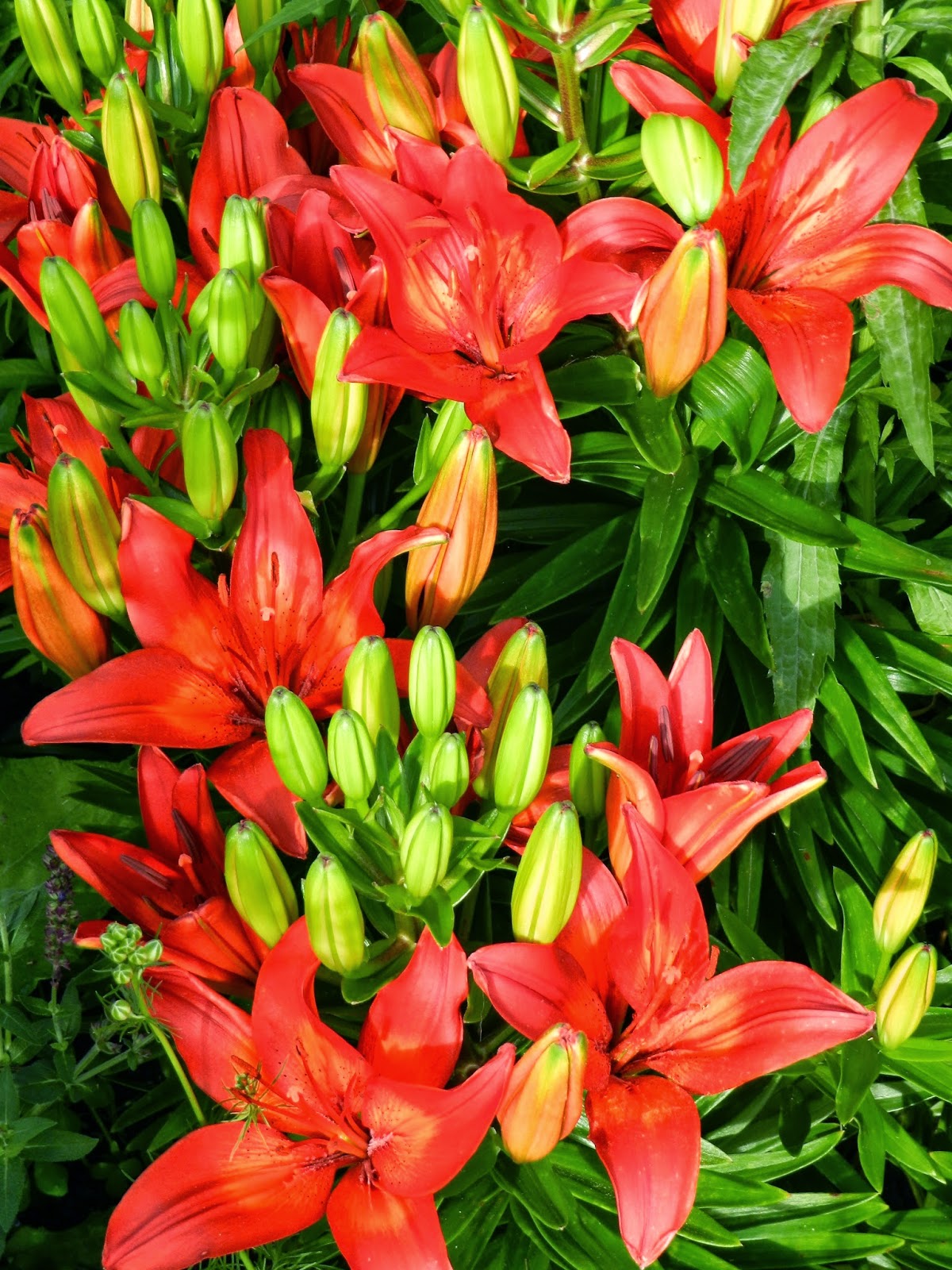 In a week or two, the lily show will begin as well.
Act I begins with the Stellas, of course, and this Asiatic lily. 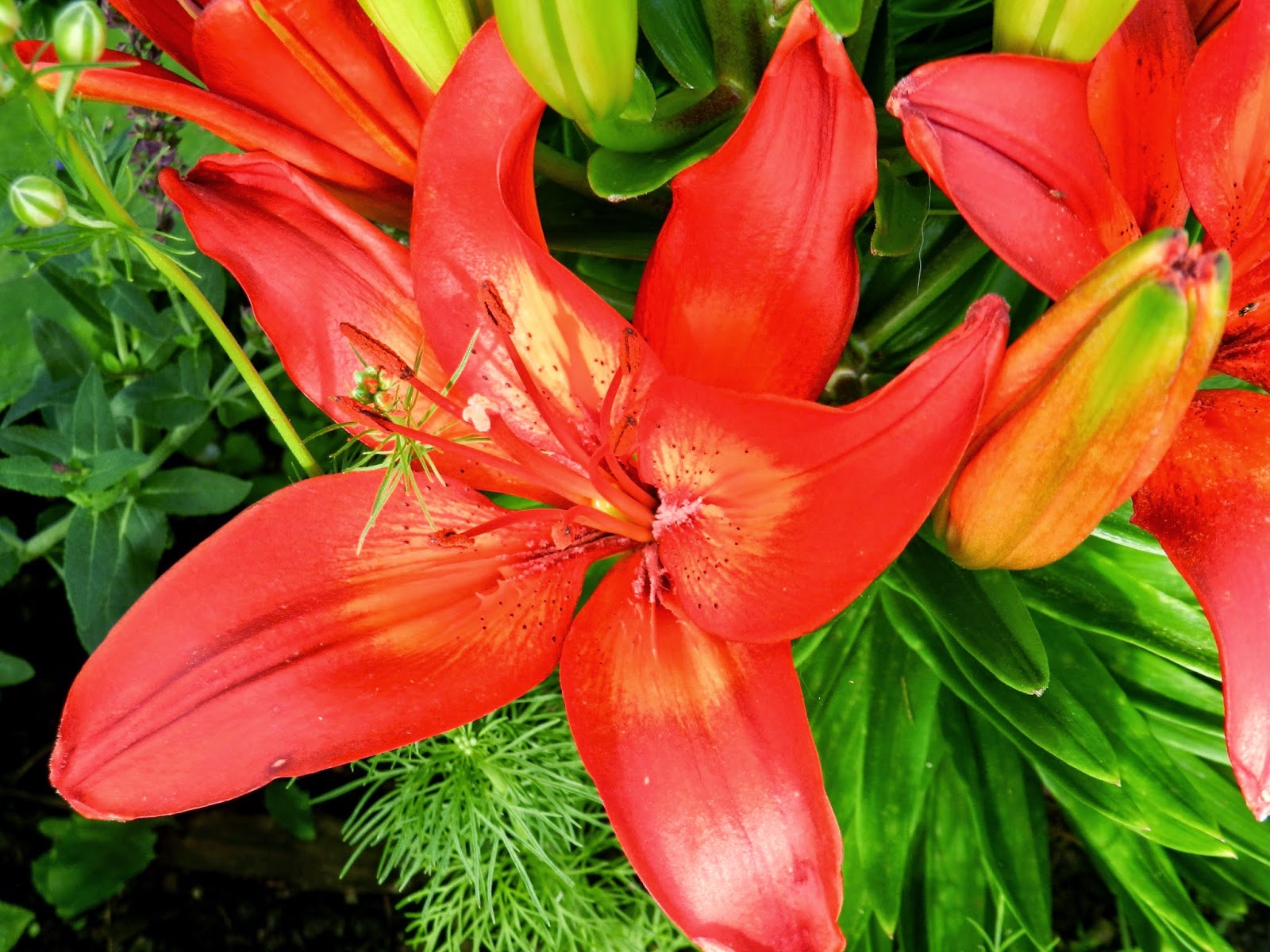 I bought a few of these bulbs at the Chicago Flower and Garden Show a few years ago, and I could have sworn I picked out Oriental lilies, not Asiatics.  Whatever tricks my mind has played on me, I do know I purchased "Salmon" lilies, but these hot orangey-red lilies are anything but salmon-colored! 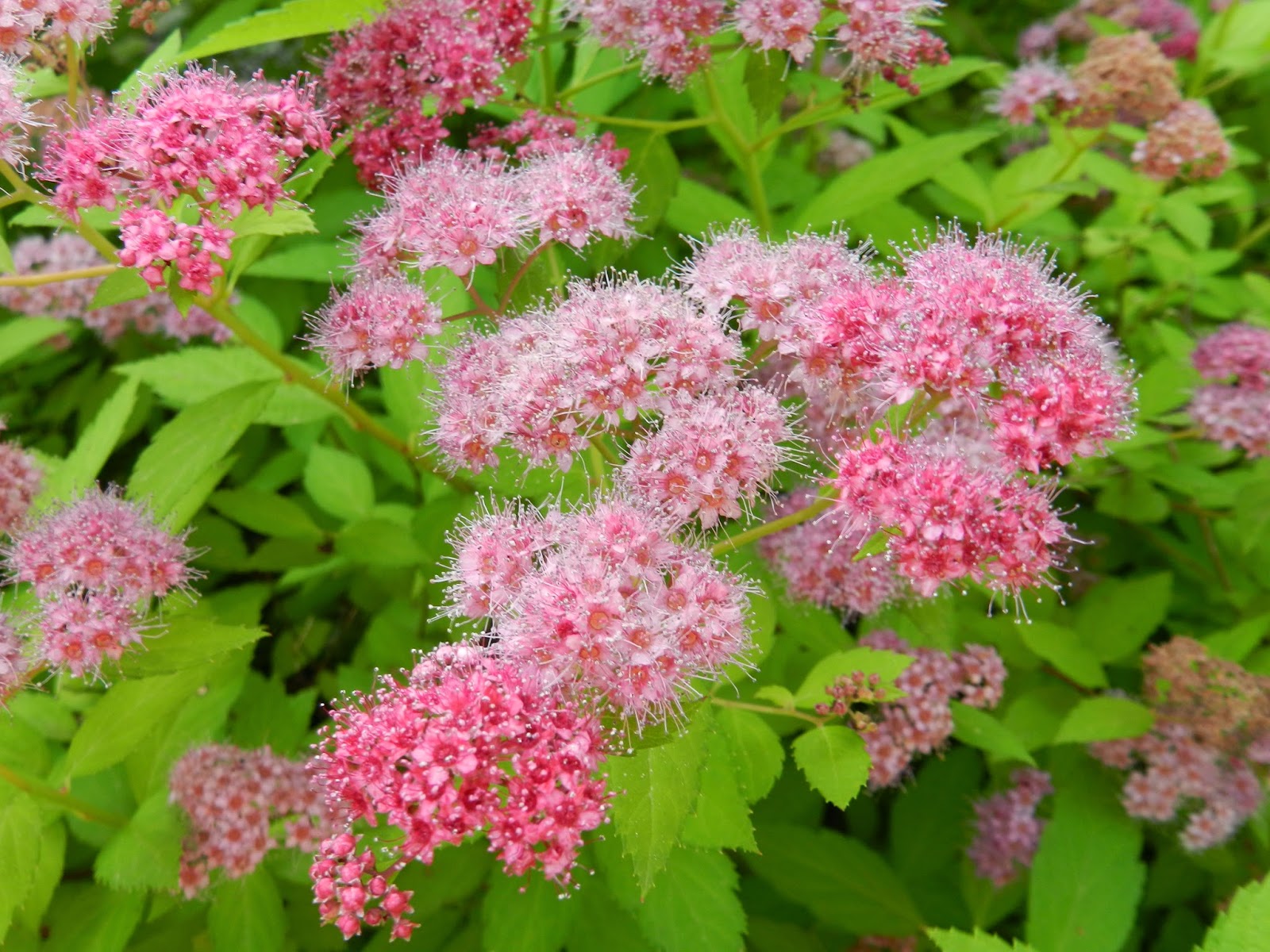 Other blooms right now are much quieter:


'Neon Flash' Spirea, another shrub overdue for a good pruning. 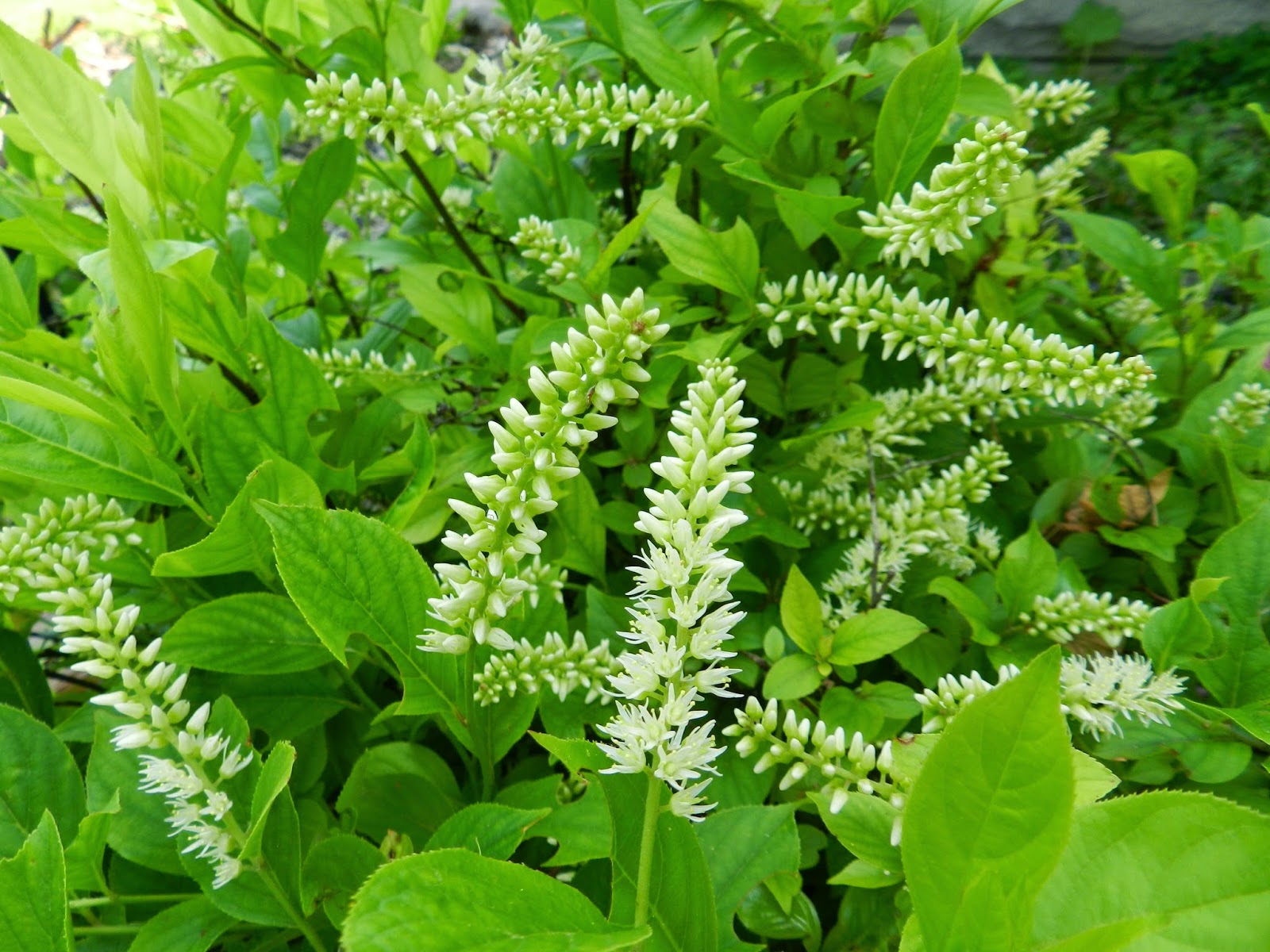 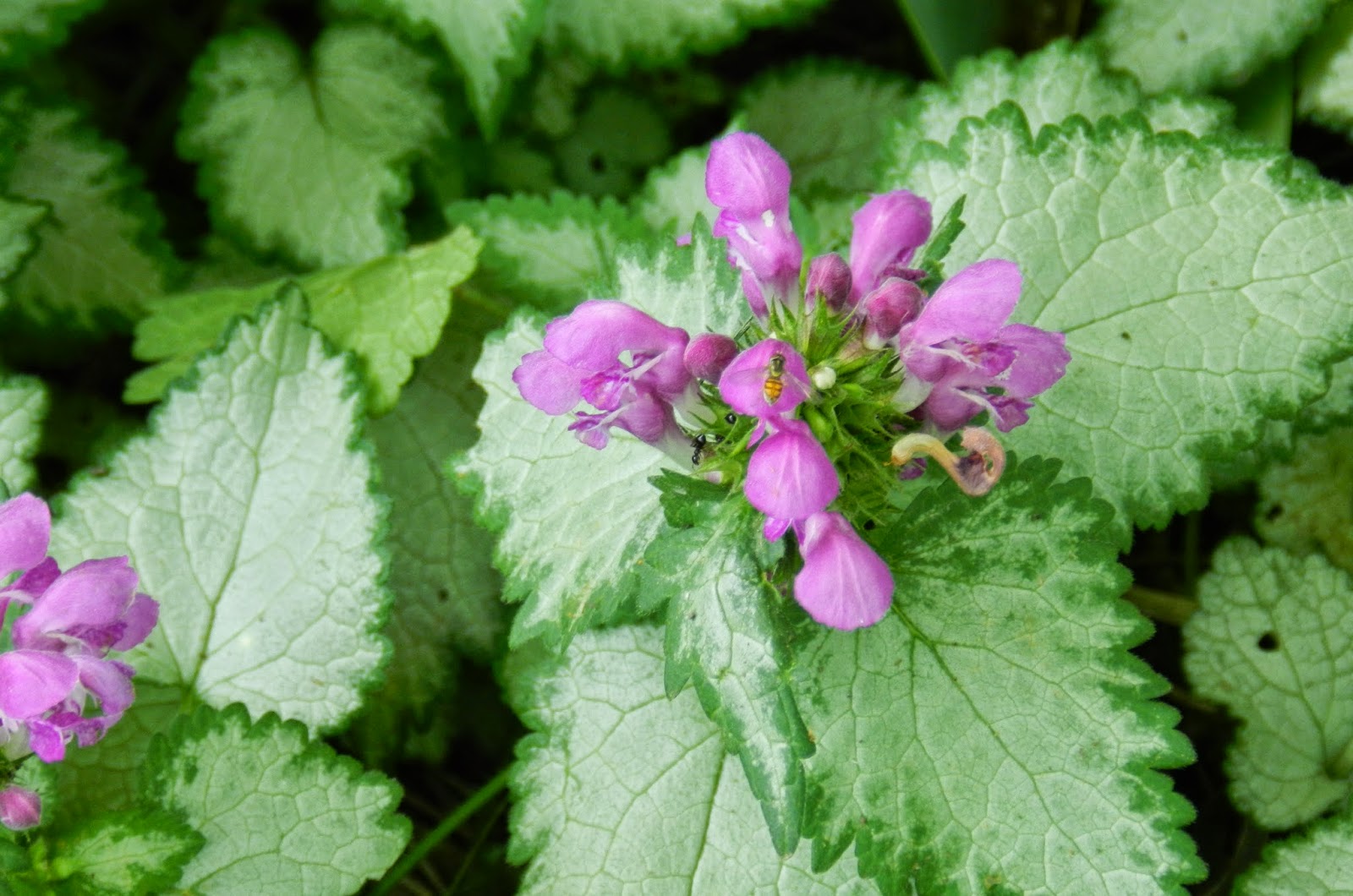 Lamium is filling in nicely as a groundcover in front of a large evergreen.  Note the little bee on the bloom. 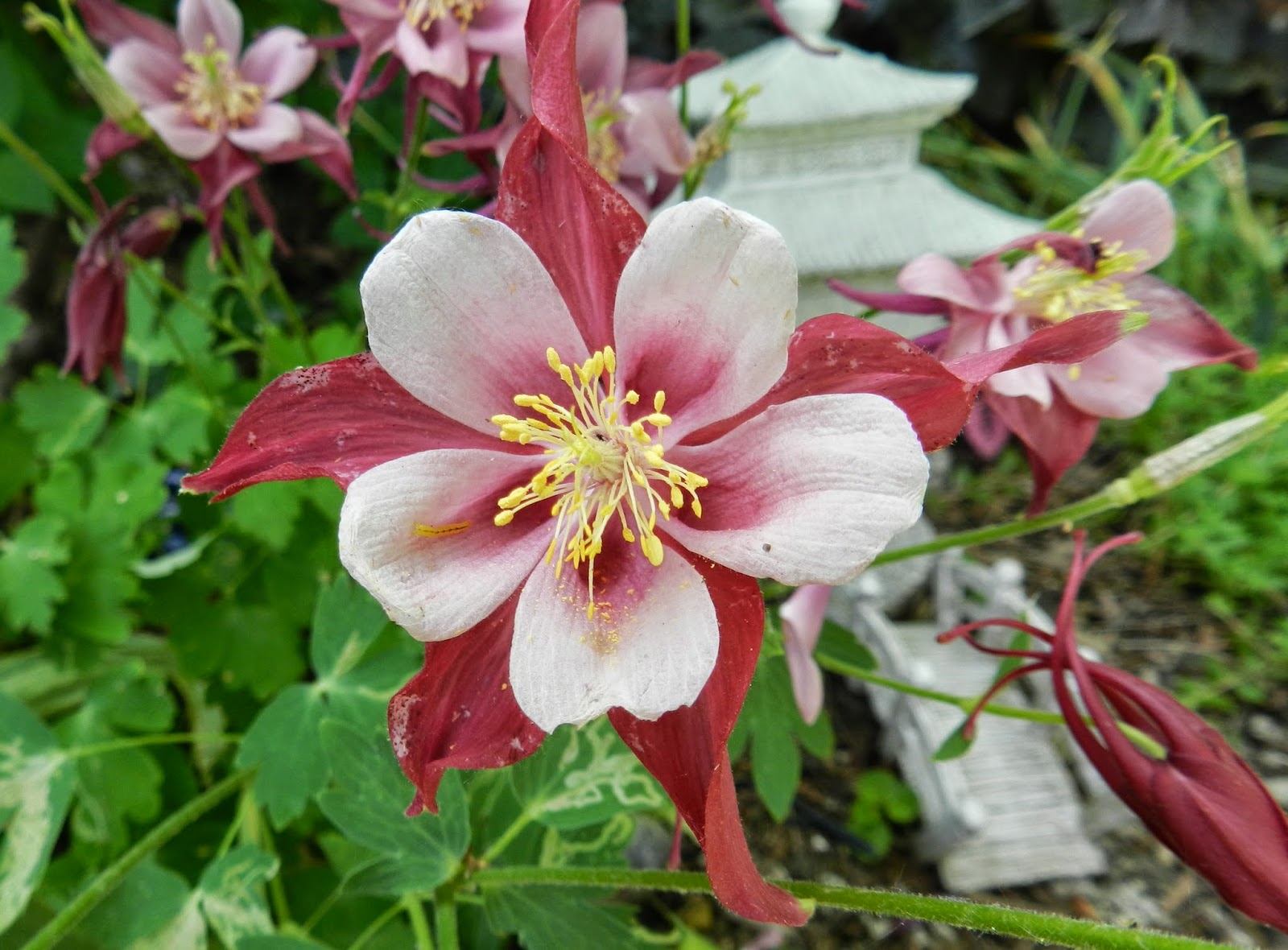 This columbine has been blooming for several weeks.  I don't know its name as it was a tiny freebie in a hosta pot I purchased last year--I love a bargain like this, and I hope it re-seeds. 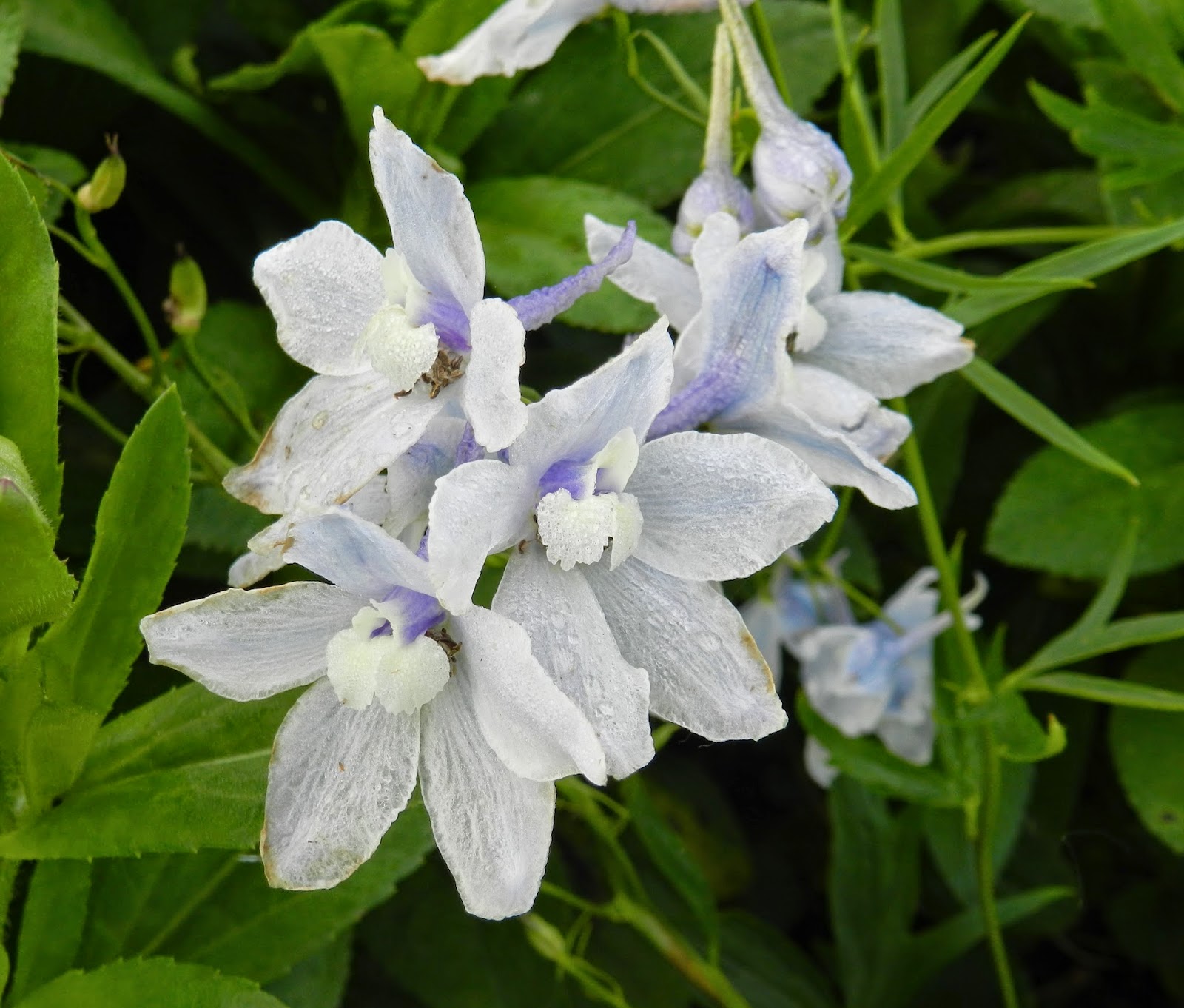 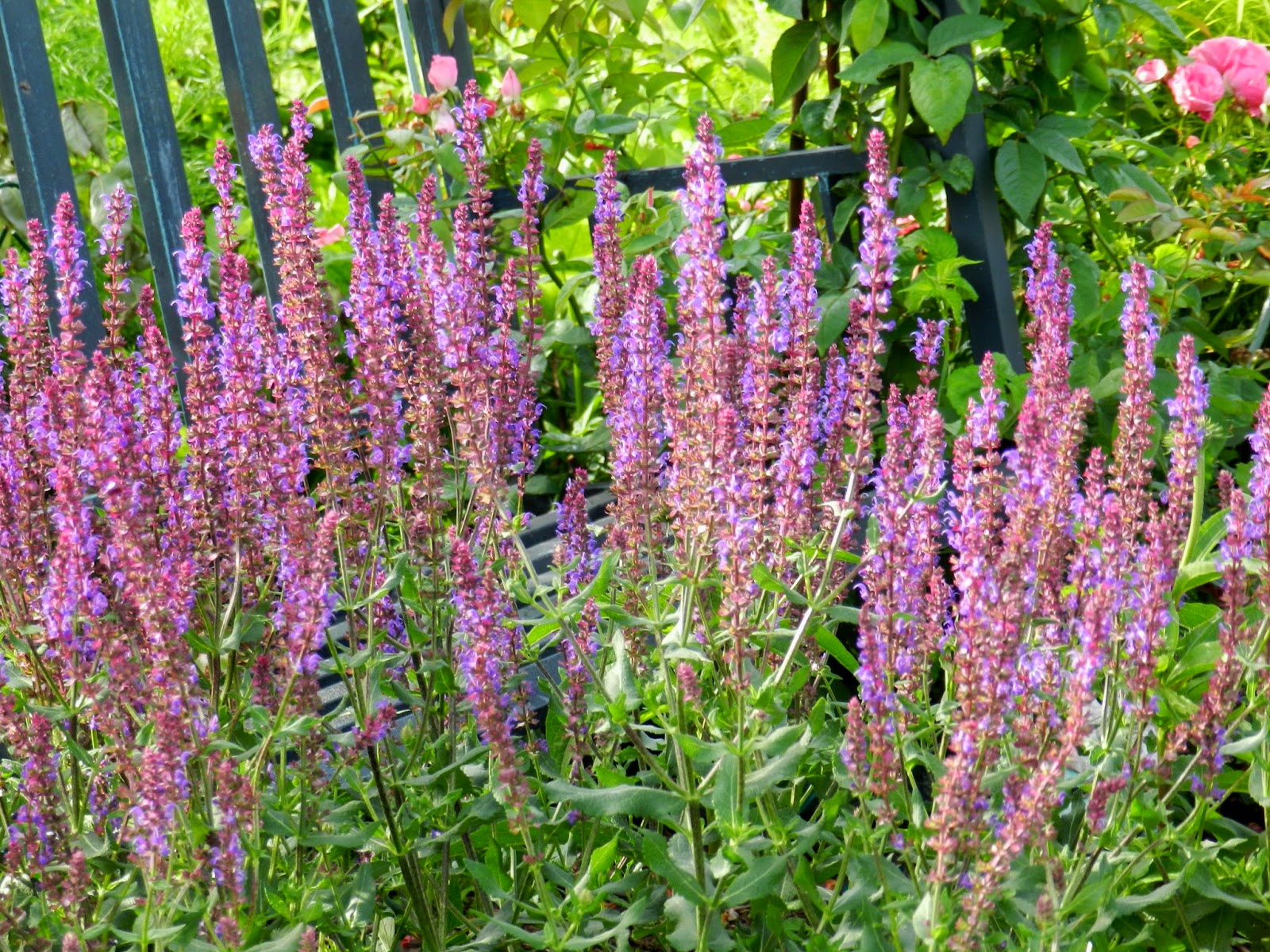 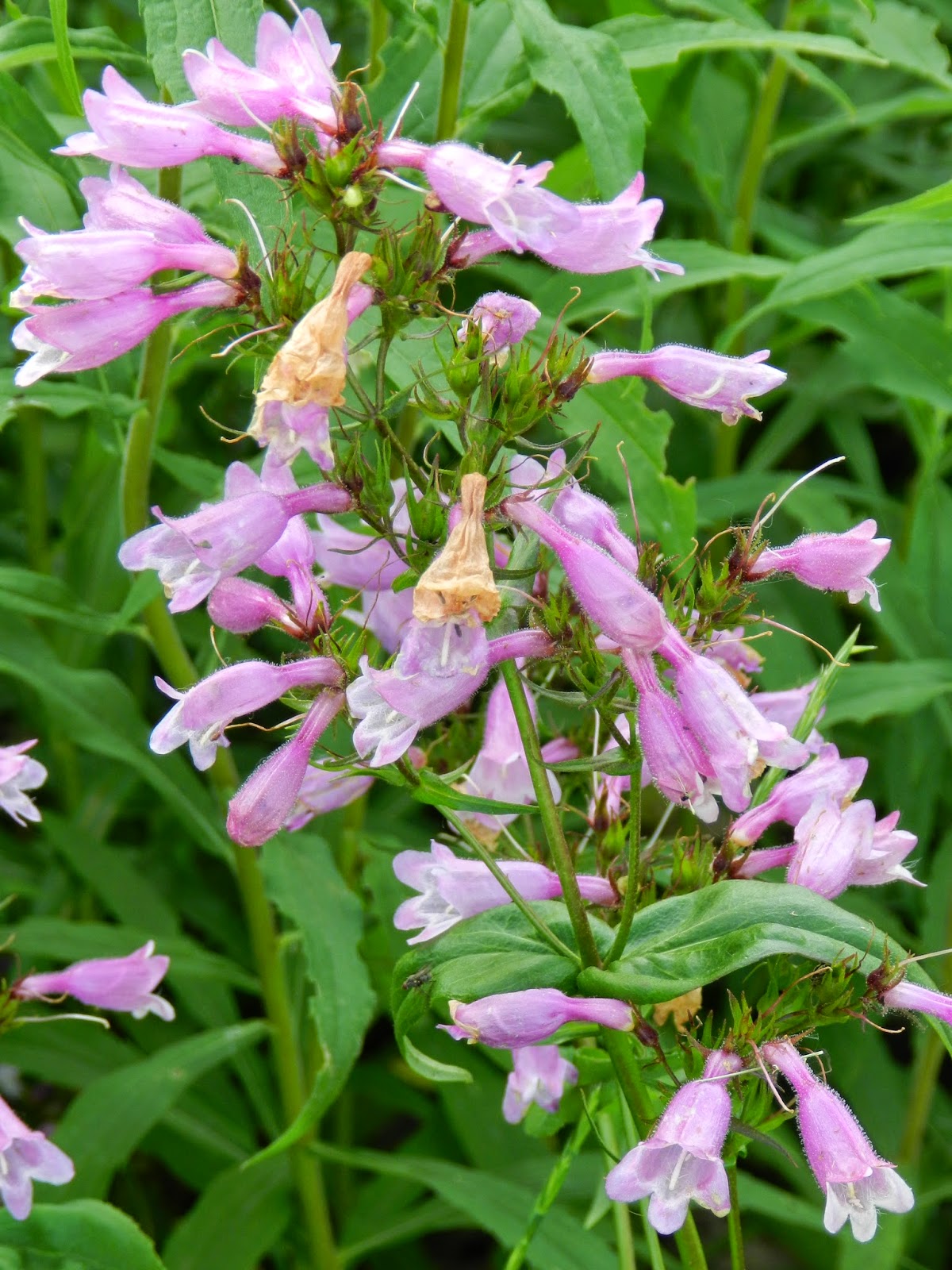 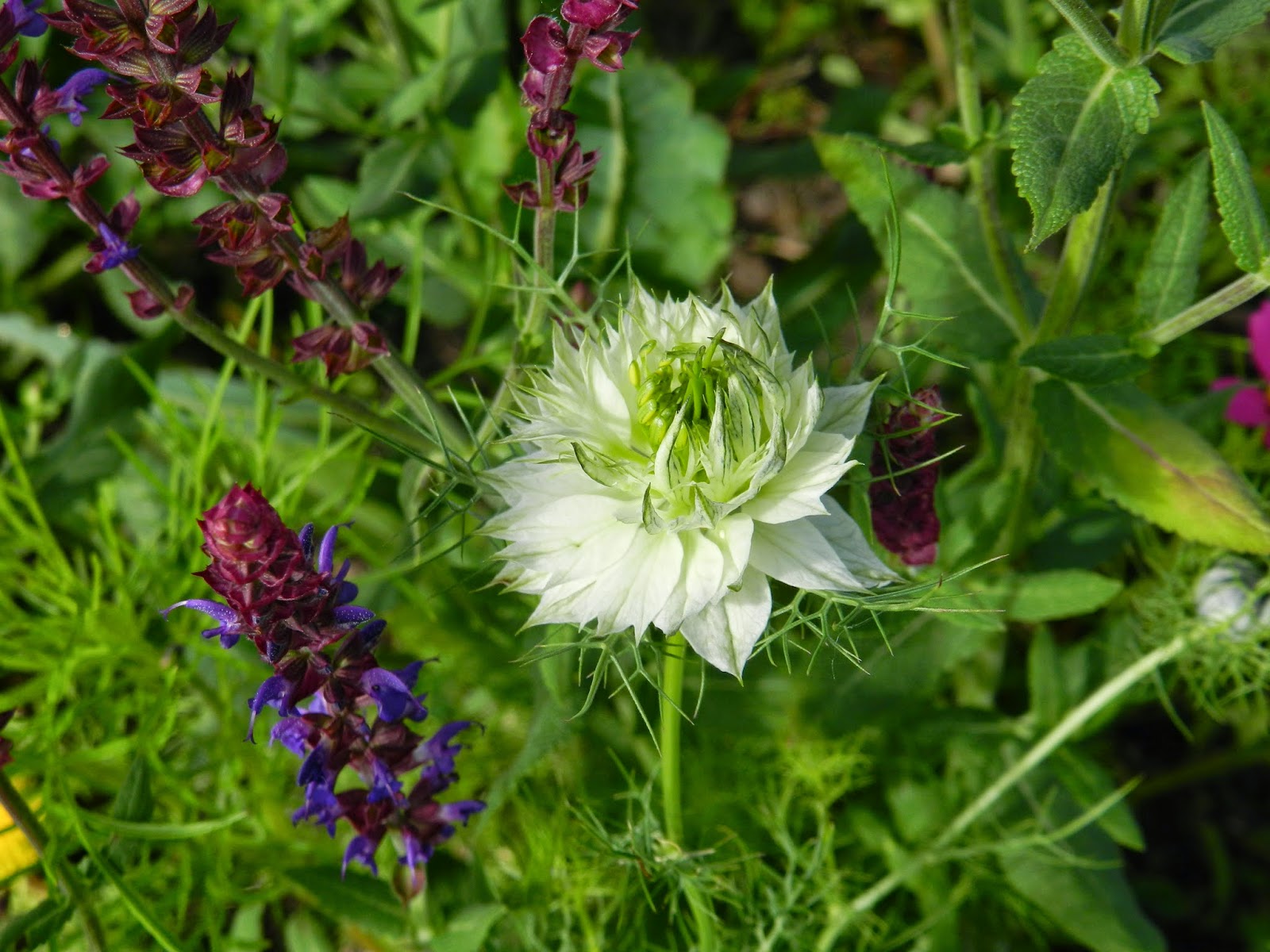 But new blooms are on their way, such as this first bloom of the Nigella. 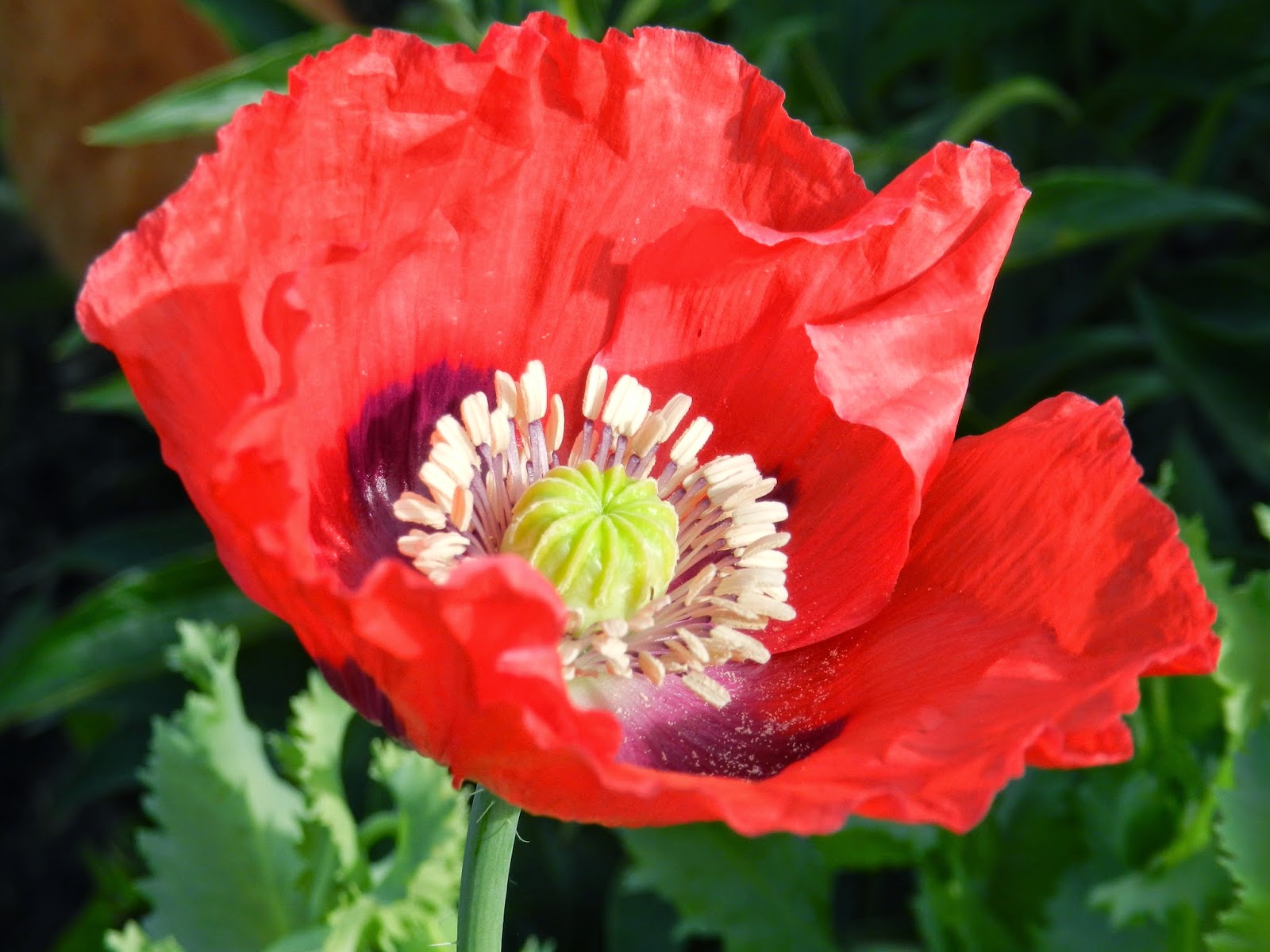 And the first red Poppy!  The seedlings are so thick in my garden that the pastel hues of June are surely going to turn into a red-hot July.

What is blooming in your garden today?  To join in and see what is blooming all over, visit Carol at May Dream Gardens, who hosts GBBD the 15th of every month . . . when she's not busy picking peas:)
Posted by Rose at 5:00 AM