Wildflower Wednesday: In the Pink

Goodness, it's been so long since I've joined in on Wildflower Wednesday that I've almost forgotten what to say! That's not exactly true, of course--I always read the posts celebrating wildflowers and natives all over the world hosted each month by good friend Gail of Clay and Limestone.  It's just that I don't have many wildflowers, and most of my natives are later bloomers, so I tend to wait until summer to join in. 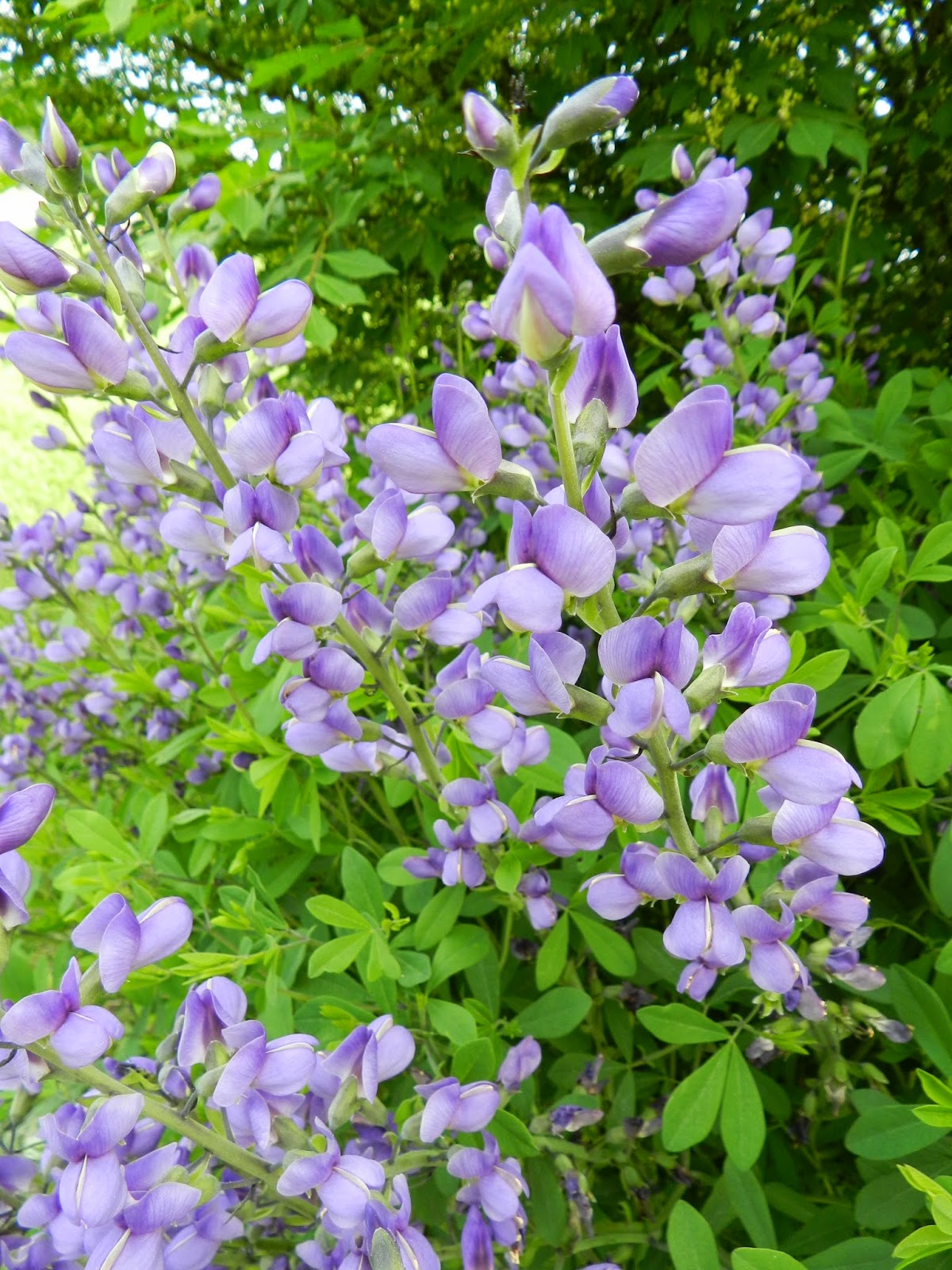 I do have several natives blooming at the moment, including Phlox pilosa, better known as PPPP, and a native Penstemon, both kindly shared with me by Gail several years ago.  And, of course, one of the natives I look forward to each spring--the beautiful lavender blooms of Baptisia!  But today I want to focus on a new plant in my garden.


I don't remember when or where I first saw Spigelia marilandica, better known as Indian Pink, but I do remember when I first fell in love with this plant.  It was at the Spring Fling in Asheville in 2012 that I saw masses of these red blooms in several gardens and vowed then that I would have it one day in my own garden.

Indian Pink is native to Southeastern U.S., and although it is hardy to zone 5, it is not commonly seen in the wild in Illinois.  In fact, Illinois Wildflowers, my usual source of information for native plants, lists it only as somewhat of a footnote.  Another source called it an "unusual wildflower," which explains why I had so much trouble finding a source for buying some.

One well-known nursery did offer it for sale, but their plants were rather pricey, so I searched and searched for another seller.  I eventually found some in stock at Prairie Nursery in Wisconsin and quickly ordered two plants in March, before they sold out.  I had never ordered from this nursery before, but I must say I was very pleased.  I ordered a few other plants, including some wild ginger, and everything was packaged so well and was green and healthy when I opened up the box.  My two little Indian pinks even had the beginnings of blooms already! 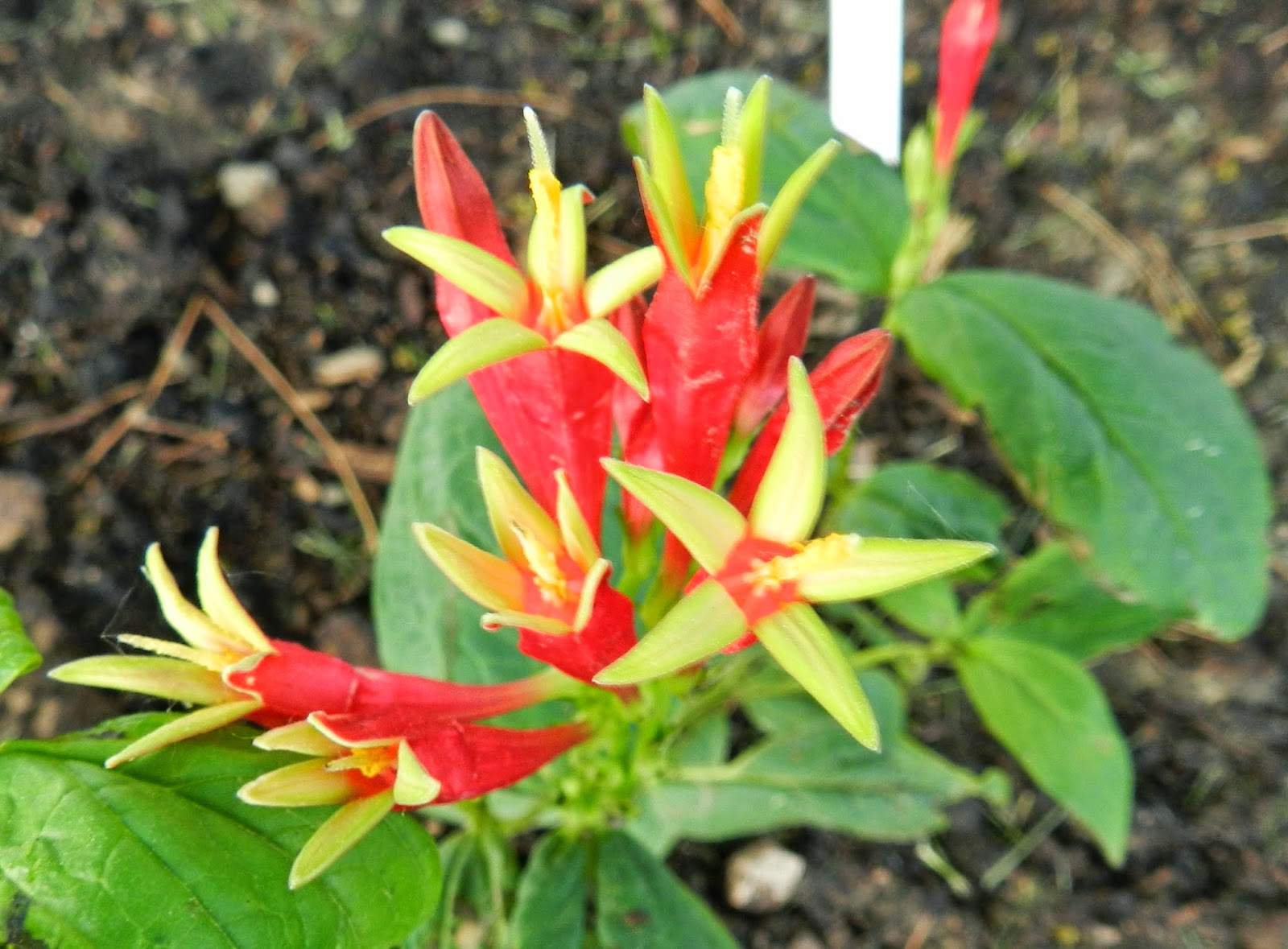 Spigelia marilandica is a clump-forming perennial that prefers moist, organically-rich soil and shade to part shade.  I planted mine in a new expansion of my shade garden, which I covered with a thick layer of mushroom compost, so I do hope it will be happy here.  It blooms in spring or early June, depending on the zone, but if deadheaded, may bloom into summer.  Its trumpet-shaped red flowers open up to reveal yellow centers that attract hummingbirds.  I did not find any information that it attracts other pollinators, but keeping the hummingbirds happy is enough for me!

Many wildflowers have been used in herbal medicines, but Indian pinks probably aren't a good choice for this.  They have been used as a de-wormer and as a hallucinogen, but can be deadly if ingested.

Indian Pink grows one to two feet tall, and can form a clump up to one and a half feet wide.  I am hoping that my two little plants settle in here and form some beautiful masses like this one in the coming years!

For more interesting information on wildflowers and native plants, visit the bee-friendly garden of Gail at Clay and Limestone.
Posted by Rose at 1:08 PM