April 15 is a date dreaded by most Americans, but for garden bloggers it's a time to celebrate another Garden Bloggers' Bloom Day. Normally, this date is truly a cause for celebration because in the Midwest and other zone 5 gardens, it's usually the first month when we have real blooms in our gardens.  But this year most of us saw our usual April blooms in March instead.  Even more than taxes, the weather this spring has been the main topic of conversation for gardeners and non-gardeners alike.

We've been spoiled by the unseasonably warm temperatures for the past month, but veterans of Midwest seasons knew it couldn't last.  A few nights hovering around freezing last week left the garden pretty much unscathed, but two nights in the upper 20's this past week left some not-so-pretty visible marks. 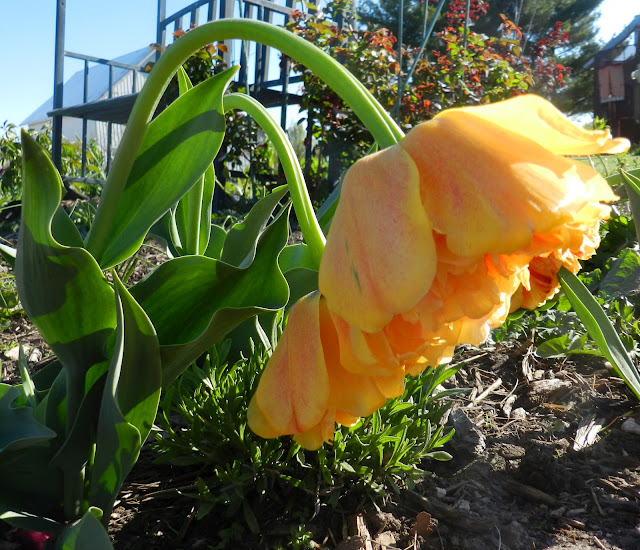 The 'Sunlovers,' as well as most of the other tulips, didn't look too happy after the freeze. 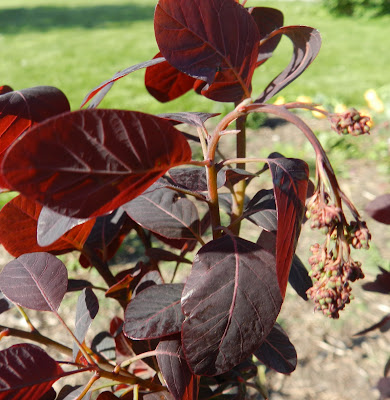 Neither did the purple smoketree.  I'm afraid I may not see any blooms on this newer shrub this year after all. 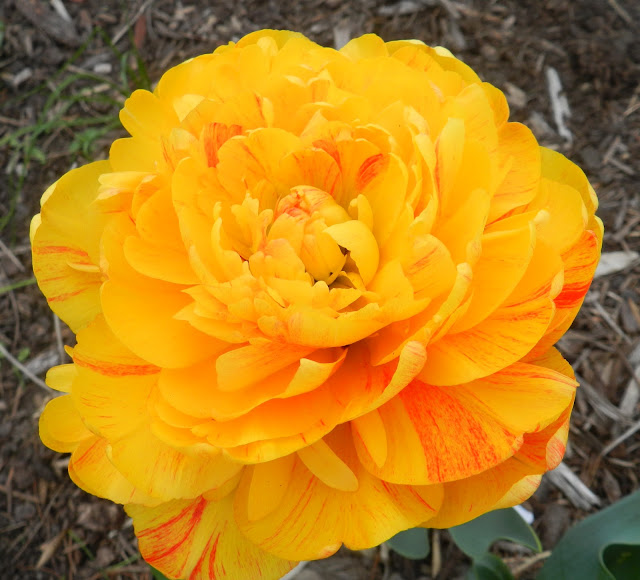 Just to show you the difference, this is what 'Sunlover' looked like the day before. 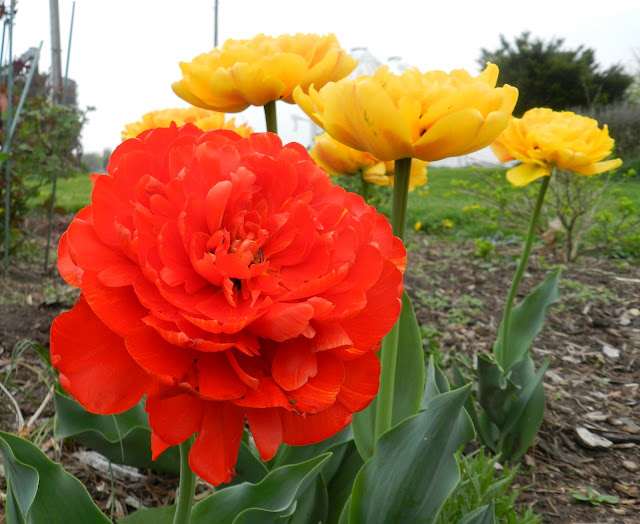 Another view . . . remember the teaching game for children "Which one isn't like the others?"  Either this deep orange double tulip is a mutant 'Sunlover' or someone made a packaging mistake:) 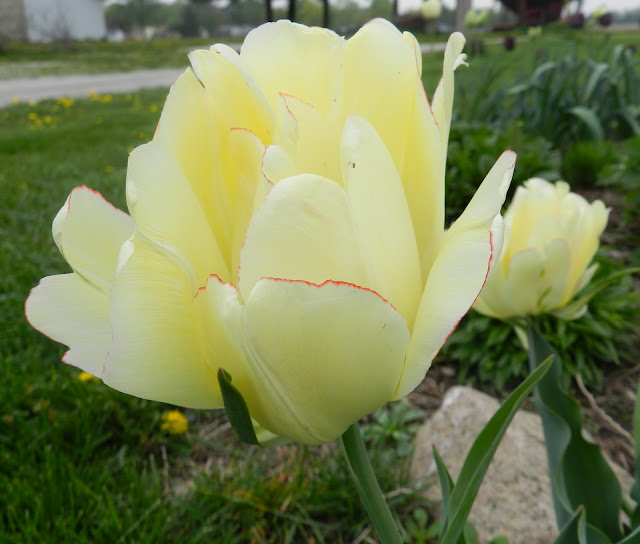 Another new double tulip blooming before the freeze is 'Akebona.'  I fell in love with this delicate beauty when I saw it in the catalog last fall, but it looks even more beautiful in reality. 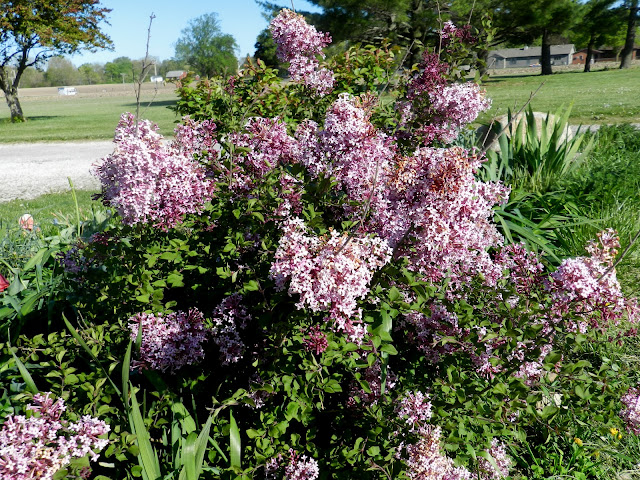 Old blankets and sheets were dug out of storage to protect a few of the more tender plants on those cold nights, however.  The old lilac was nearly done blooming and is too big anyway to cover, but I had to save the 'Bloomerang' lilac.  In its third season in the garden, it has really taken a "leap" this year and has been covered with fragrant blooms the past few weeks.  It does rebloom in the fall, as advertised, but it remains to be seen whether it will put out the same magnificent show then. 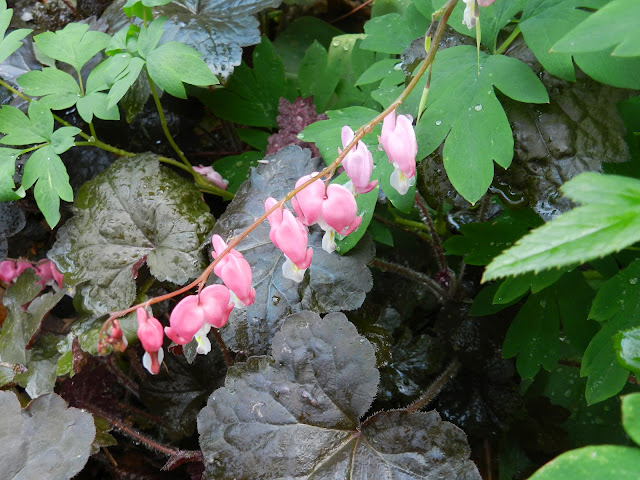 I didn't want to lose the bleeding heart either, so it was covered along with some hydrangeas.  Unfortunately, I got lazy and didn't cover one macrophylla, and it now looks like a sickly mess.  I'm going to cut off the frozen foliage and hope that it will still bloom later.  Note the raindrops on the Heucheras--we received some very welcome rainshowers yesterday. 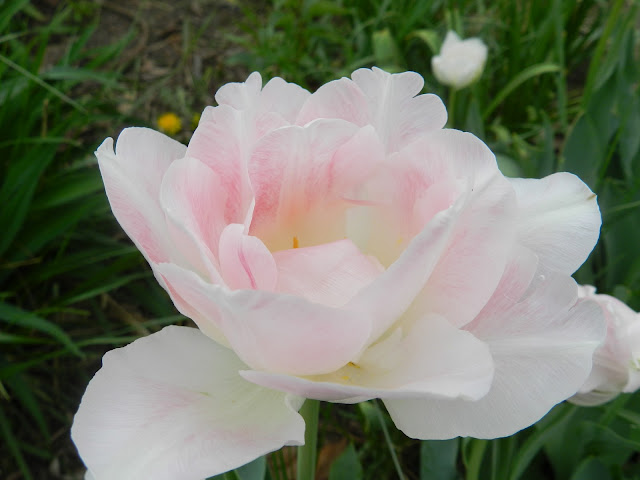 While the height of tulip season is already past, there are still some later tulips in the garden.  'Angelique,' usually one of the last to bloom, is as beautiful as ever. 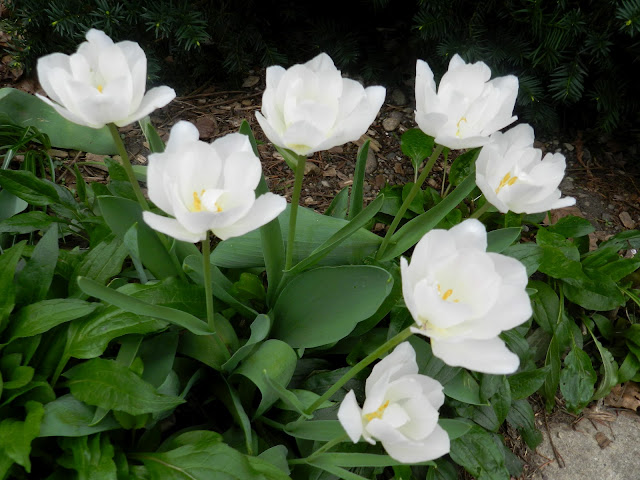 In the sidewalk garden, another planting of what I thought were 'Angeliques' appear to be something else, because they're all white. 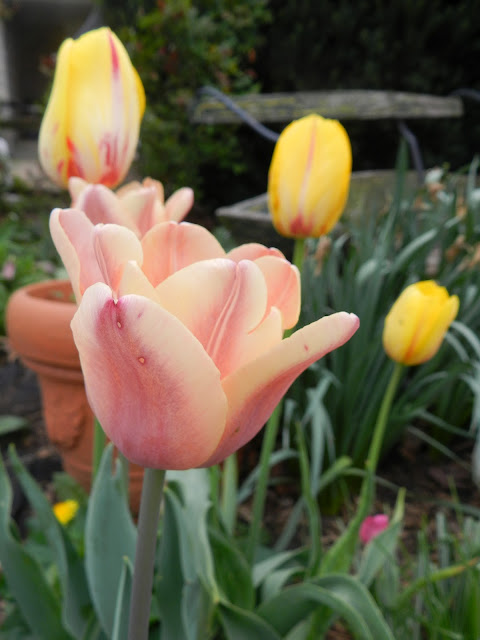 Another planting in the sidewalk garden . . . I seem to have more and more NOID's each year, as earlier names are forgotten. 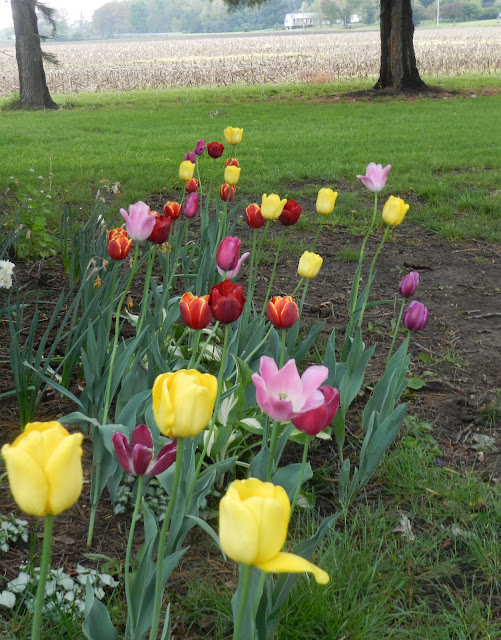 These really are NOID's, however, as they were all from a bargain bag mix of unnamed tulip bulbs.  They may have been a bargain, but I've been really pleased with how long this planting in front of the large spruce tree has bloomed. Despite the riot of different colors of tulips around my garden, I do try for some color coordination in some areas.  The dark, dark 'Queen of the Night' are paired with pure white 'Marguerite,'  both later bloomers. 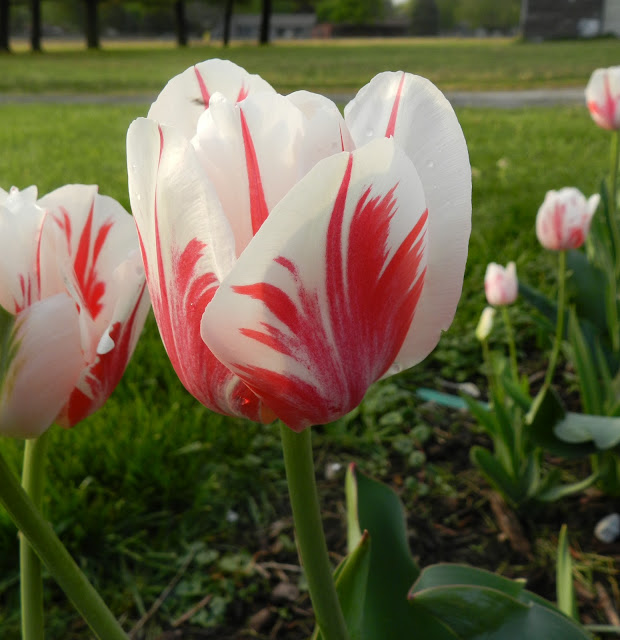 But sometimes all that planning just doesn't pan out.  I don't usually plant "plain" red tulips, but this year I planted some 'Red Impressions' paired with these 'Sorbet,' thinking they would make a nice combination.  The only problem is that by the time the 'Sorbet' fully bloomed, the 'Red Impressions' had already lost all their petals. Ah well, I guess I can enjoy them separately, if not together. 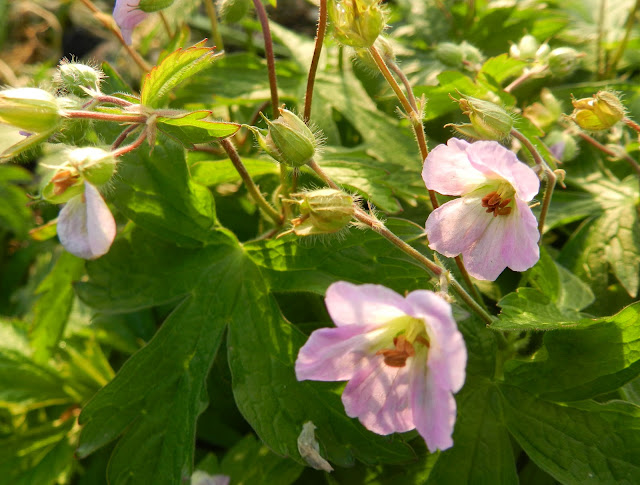 Although I'm always a bit sad when tulip time winds down, there are signs of coming attractions in the garden.  The unnamed perennial geranium may not be as showy, but it is pretty in its own right, covered with delicate pink blooms. 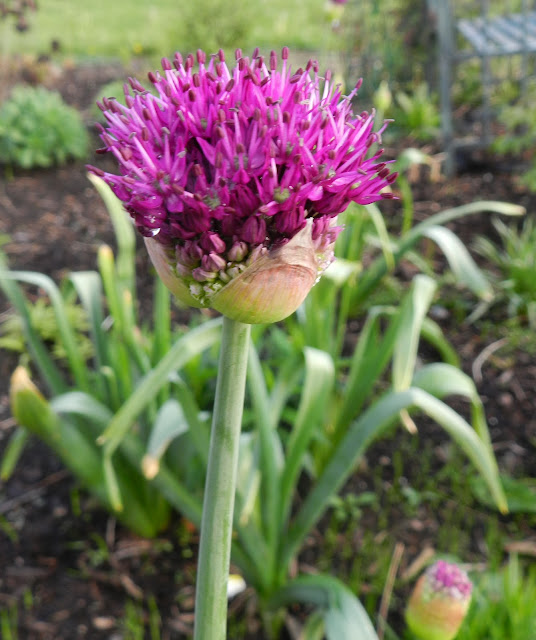 And yesterday I noticed the first 'Purple Sensation' allium budding. 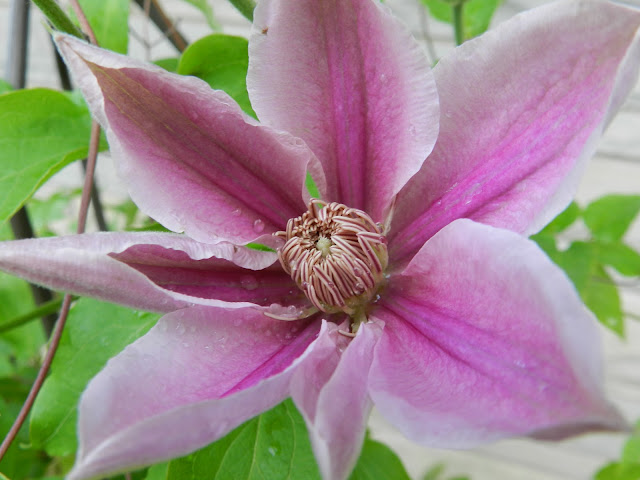 Further proof that the garden is way ahead of schedule this year is this first blossom on the clematis 'Nelly Moser.'  I didn't even think to cover this plant on those cold nights, but as Mr. McGregor's Daughter recently observed, clematis are more hardy  than I thought. The buds were apparently unaffected by the freeze, which makes me happy because it, too, is nearly a month ahead of schedule.
Thanks to our hostess Carol for sponsoring another Garden Bloggers' Bloom Day.  Be sure to check out her post for a list of other participants all over the world showing off their blooming gardens this April.
Posted by Rose at 5:00 AM