Waiting for the Circus to Arrive

The calendar may say February 1, but if I didn't know better I would think it was April.  Today's high temperature is supposed to be in the low 50's, and yesterday it got up to 61 degrees, warm enough that I quickly shed my coat while running errands around town.  It looks, feel, and smells like spring! 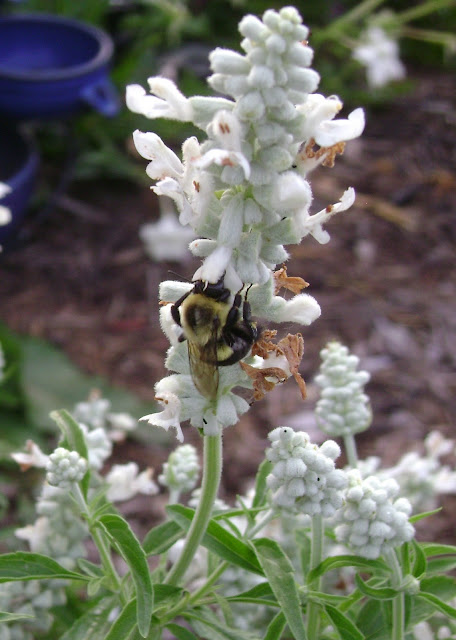 Days like these make me eager to see blooms, of course, but also to see some of my usual spring and summer visitors.  The bumblebees, like this one enjoying the white salvia in the Arbor Bed last year, will probably be among the first to arrive. 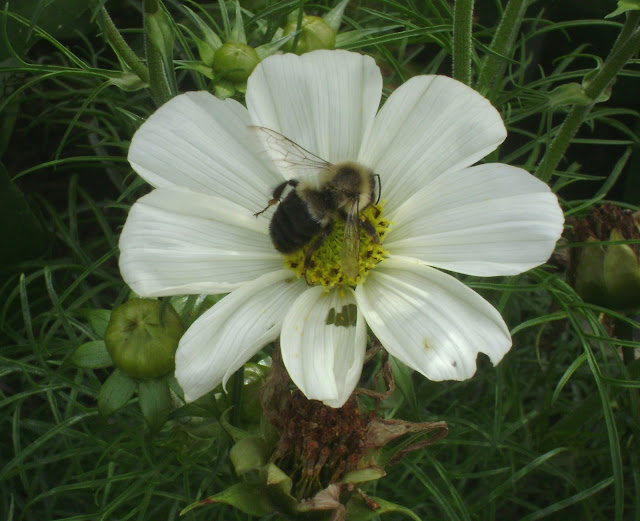 Going through old photo files the last few weeks, I realized I had intended to do a reprise of 2010's Cirque du Prairie, but never got around to it. 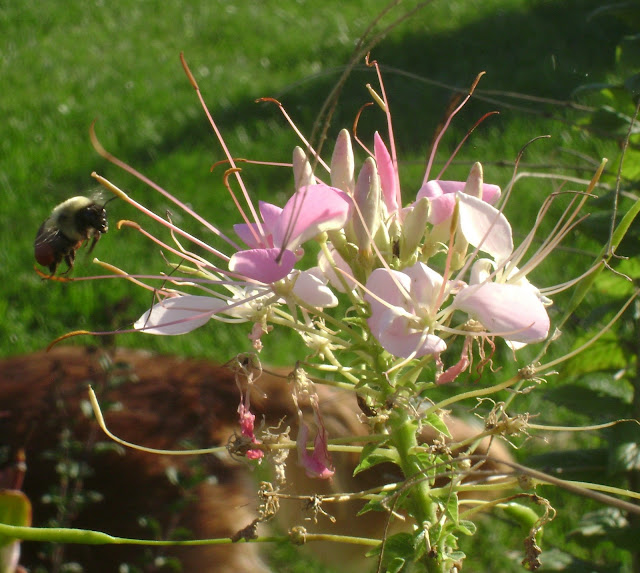 While 2011 did have some acrobatic performers like this balancing bee  . . . 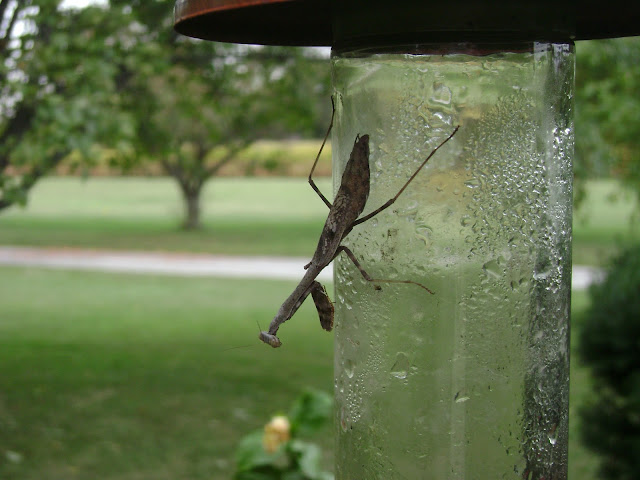 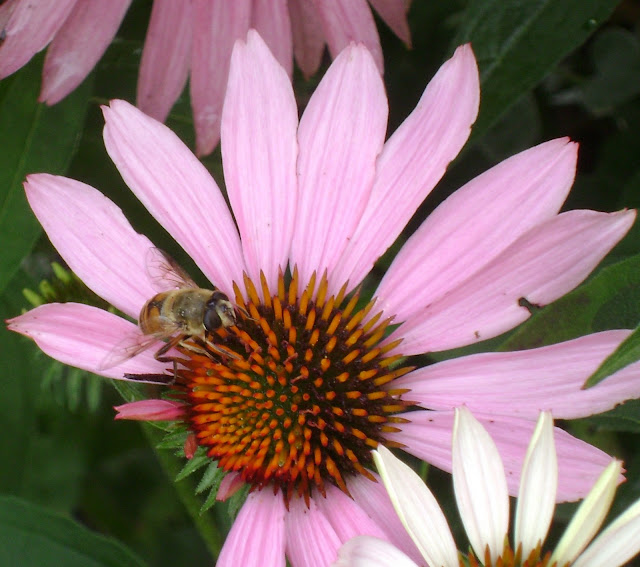 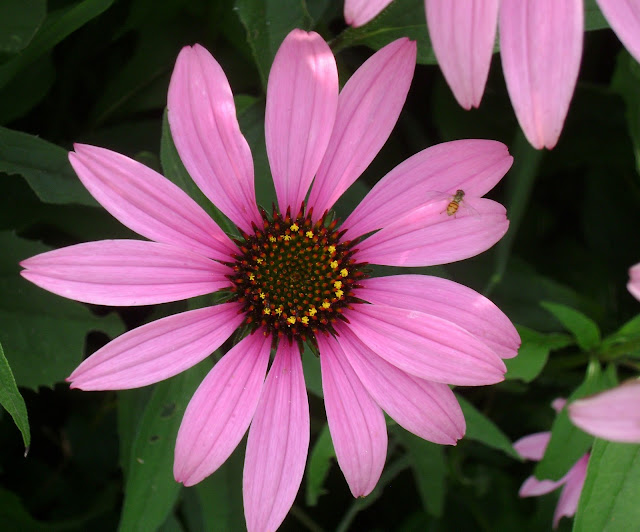 A variety of performers, however, kept the show interesting.  Some were so small they often went unnoticed until downloading photos onto the computer. 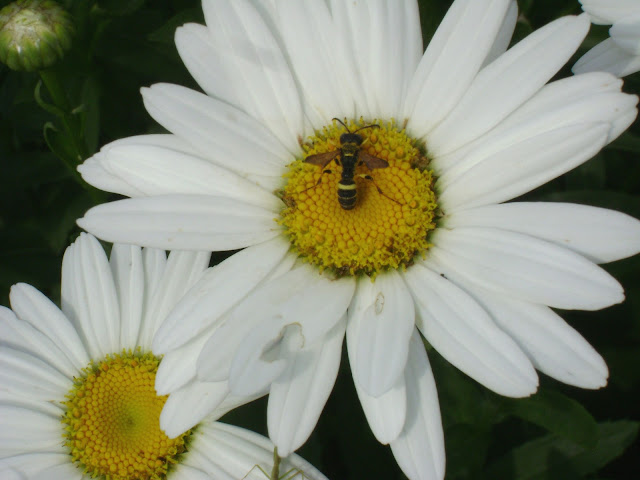 Others sent the audience searching through books and websites to find their names. 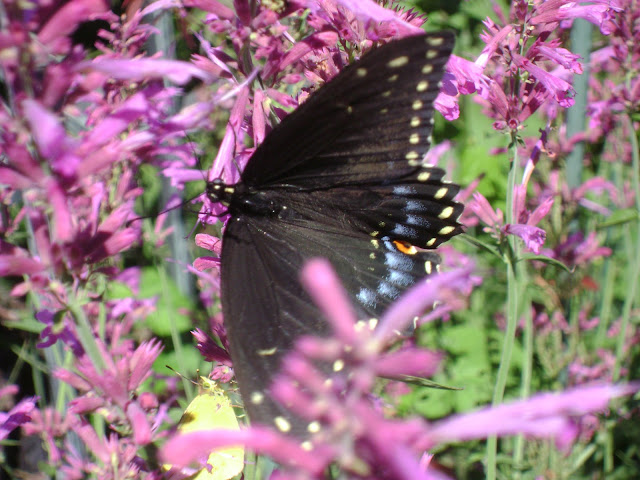 While there were plenty of bees in last summer's show, the circus appeared to have been downsized in other areas, perhaps another victim of the poor economy.  Butterflies, especially, were fewer in number in 2011. 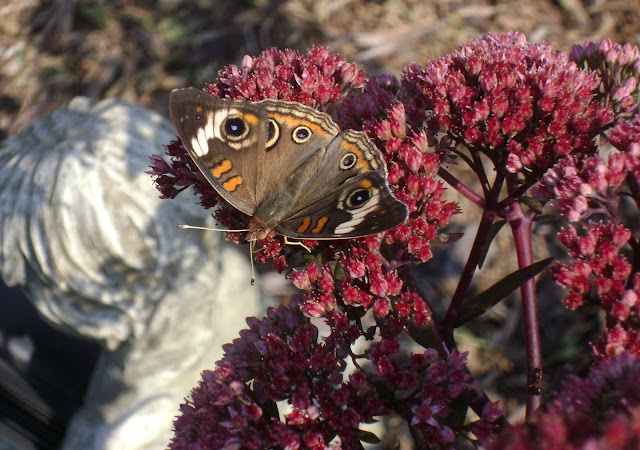 Still, some of the usual performers showed up, like this Buckeye and the swallowtail in the previous photo. 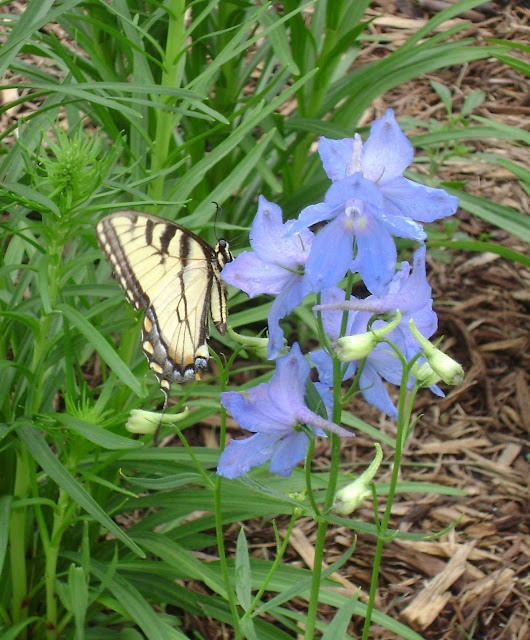 And the Tiger Swallowtail, which found my new delphinium as captivating as I did. 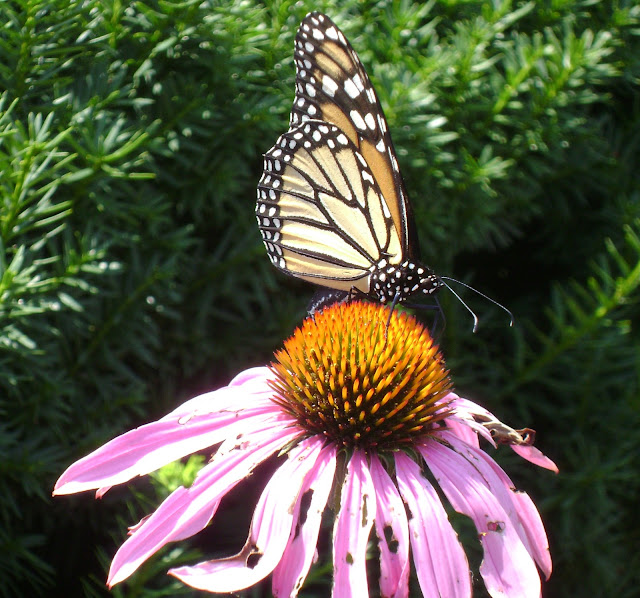 The stars of the show, the Monarchs, finally showed up in late summer and early autumn.  You might notice a theme here, besides the obvious one.  Favorite perches for photo shoots were the coneflowers and the cosmos.  Agastaches and zinnias were also popular.  As I plan this season's garden, I am making sure to allow space for all these bee and butterfly magnets. 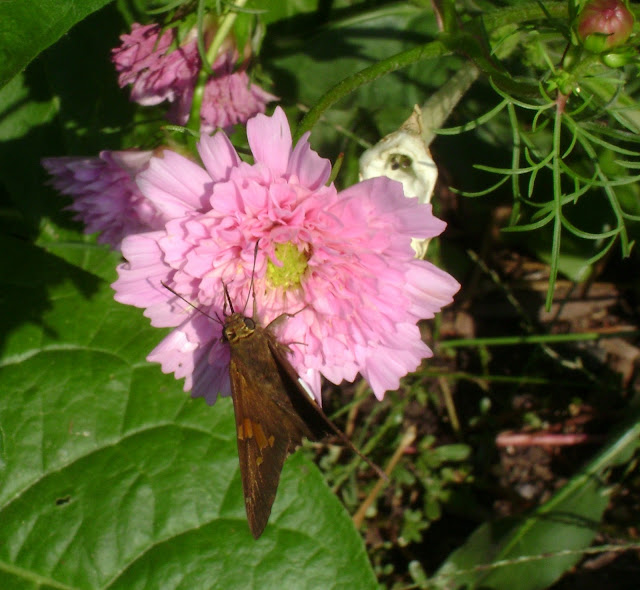 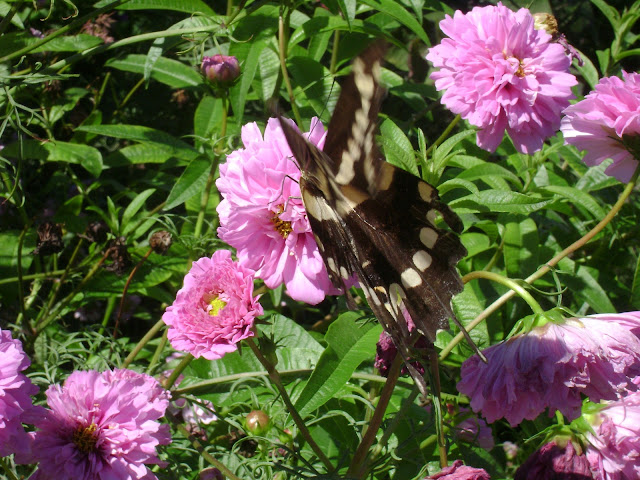 Red admirals made a brief appearance, but somehow escaped the photographer.  However, I did manage to capture this unusual visitor--though not very well--after following him around the garden for awhile.  It was the first time I had seen this particular butterfly in my garden, and I still haven't identified him. 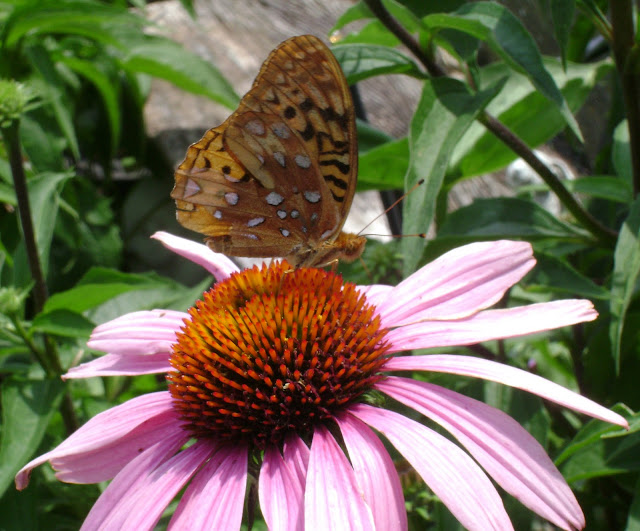 A brief visit by a fritillary was also welcome--it's not often that they visit my garden. 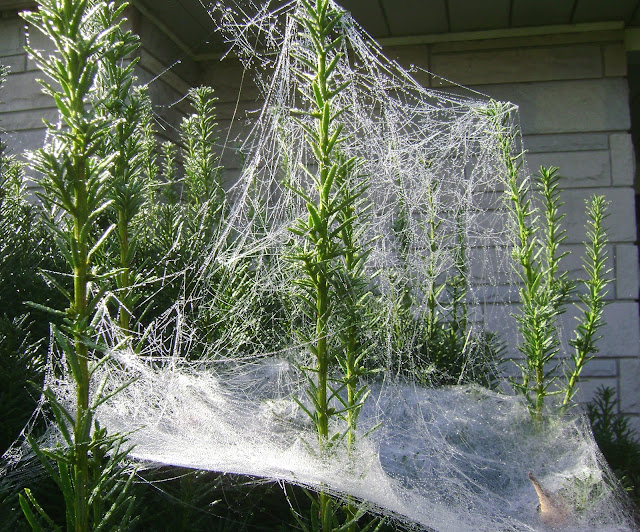 Some visitors avoided the spotlight, but left evidence of their amazing talents. 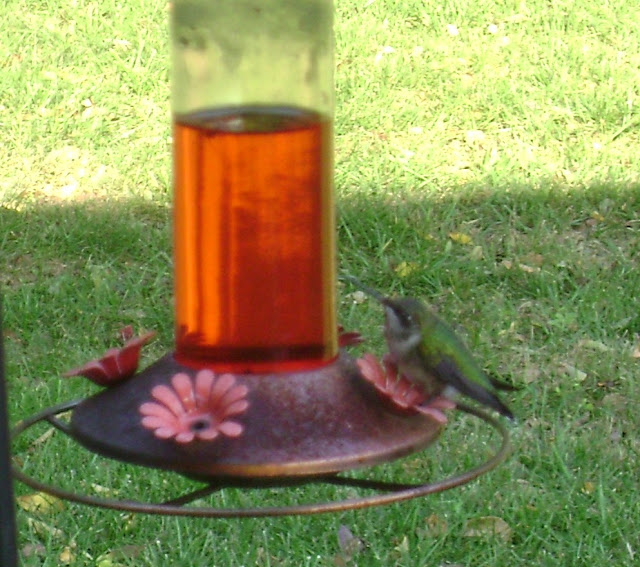 Although there weren't as many butterflies seen this year, the hummingbirds were numerous. This lovely lady (?) even was kind enough to pose for a long while, as long as I didn't get any closer. 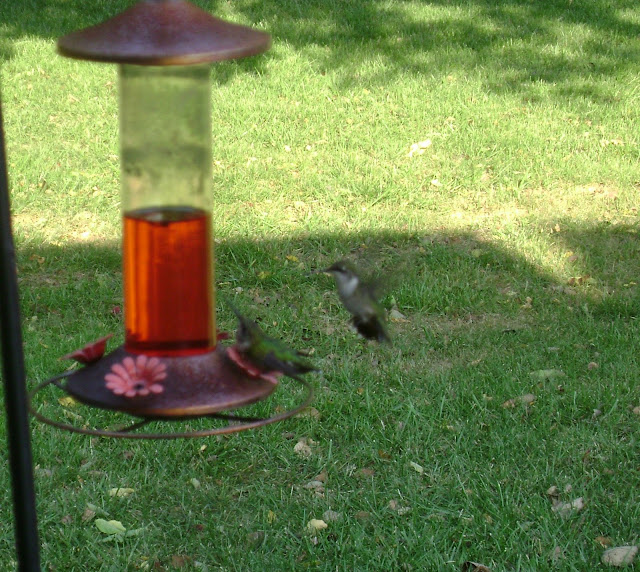 Much to my delight, she was soon joined by a friend. 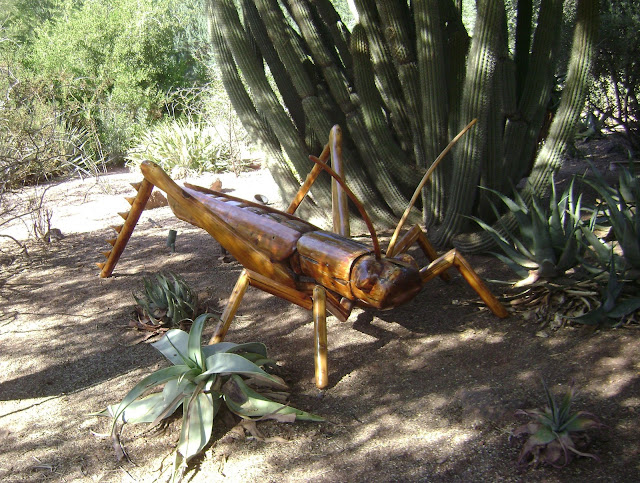 A hot and dry summer in Illinois also means a multitude of grasshoppers, though not quite this size:)  This giant grasshopper was part of an exhibit of insects crafted from natural materials at the Desert Botanical Garden in Phoenix, which I visited in November.  I'm not particularly fond of grasshoppers, but I'm glad the ones in my garden weren't this Kafkaesque:) 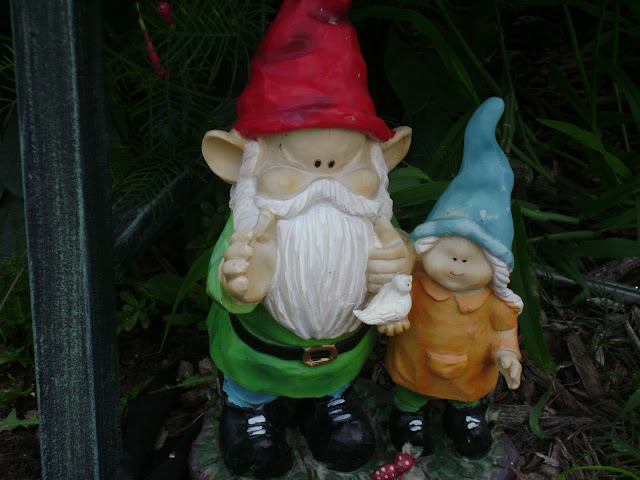 Digressing for a moment,  I wanted to add a note to my last post.  One of the elements you won't see much of in my new Arbor Bed, or any of my garden areas, for that matter, is garden art.  Although I admire artfully placed objects and whimsical additions to others' gardens, I am too cheap frugal to spend much on decorative touches and not creative enough to come up with my own.  Even when I do have something, it takes me a long time to know how and where to place it.  Dear friend Beckie gave me these garden gnomes early in the summer.  I'm not much of a gnome person, as she knows, and stuck them under the arbor bench temporarily...which is where they stayed all year:) 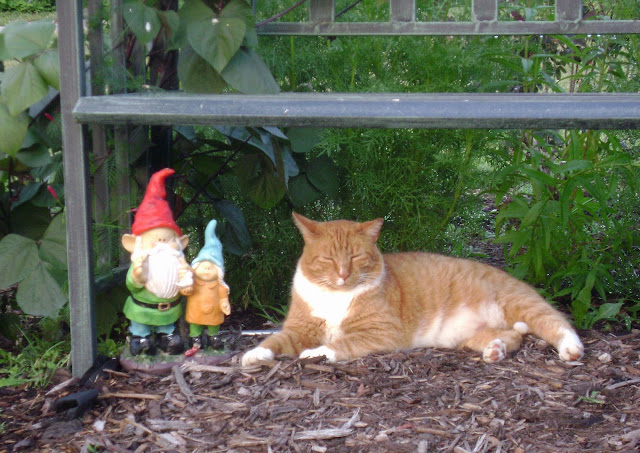 However, some garden visitors enjoyed this placement.
I rather like the more natural look of this garden "art," don't you? 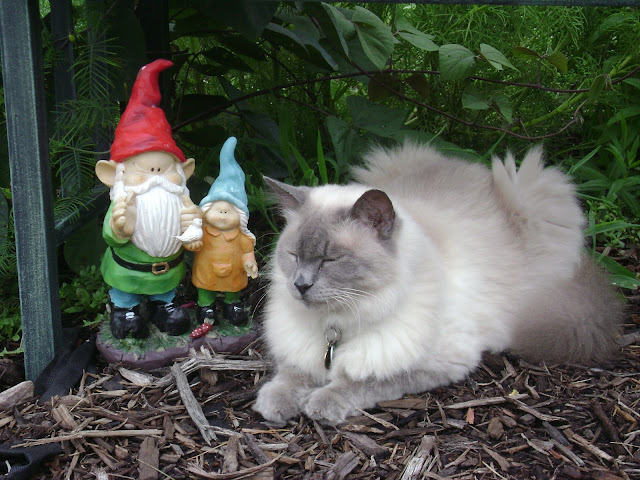 Even better, the art exhibit changes periodically:)
Ah yes, Tarzan, Toby, and the rest of the furry clan are eagerly looking forward
to the 2012 edition of Cirque du Prairie.  Maybe we won't have to wait long--I just saw the first bee flying around here today!
Posted by Rose at 12:15 PM