I've never been one to get too carried away in celebrating Halloween, but ever since she returned home in August, Youngest Daughter has been planning "the best ever" Halloween party for her nephews and nieces. 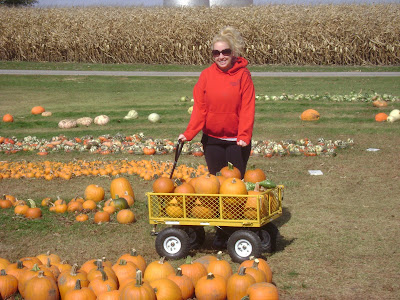 A few weeks ago, we made the short trip to a pumpkin patch at a local farm to stock up on the essentials. 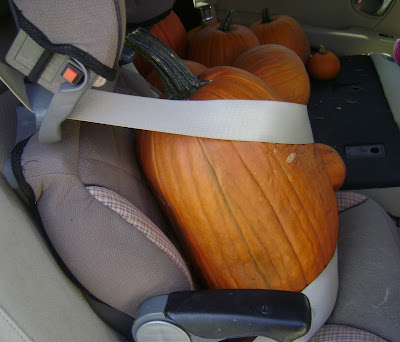 Filling up the back of the small SUV with a plethora of pumpkins and two bales of straw meant special seating arrangements had to be made to protect our precious cargo. 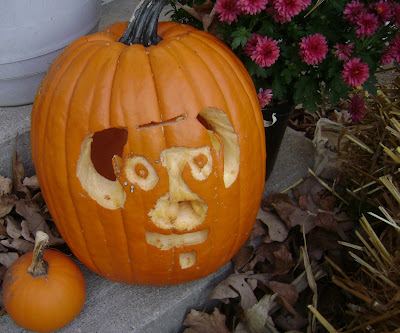 A few of the larger pumpkins turned into cute, scary, or even disgusting (see last photo) jack o'lanterns. 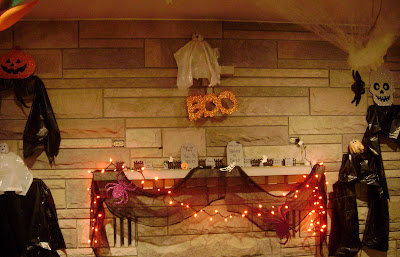 Daughter started decorating a week ago.  Since I'm not as much of a night owl as she is, I was never quite sure what sights I would wake up to in the morning.  Saturday morning I discovered my refrigerator had turned into a black monster with a huge gaping mouth. 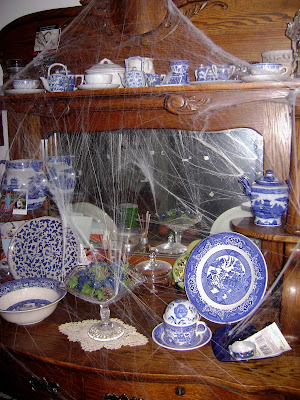 I do try to dust fairly regularly, but cobwebs just seemed to appear overnight. 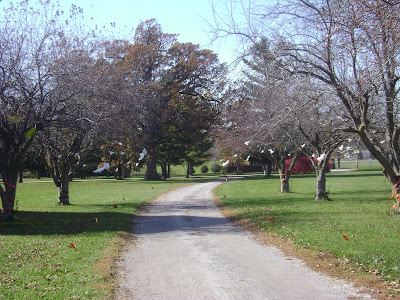 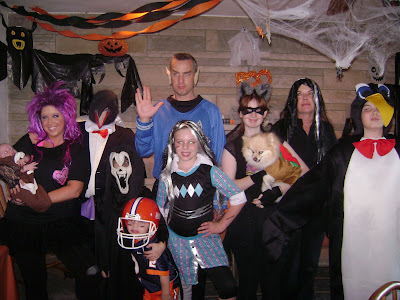 On the night of the party, all the young grands appeared in costume, as did some of the over-20's as well. 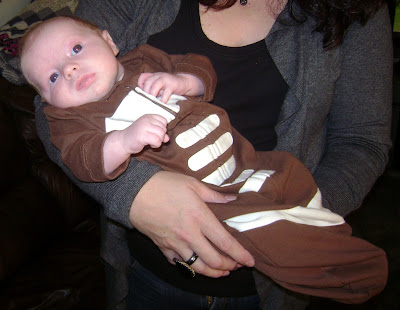 Even newest grandson came in costume--a football, rather appropriate since his 4-year-old brother was dressed as a football player. 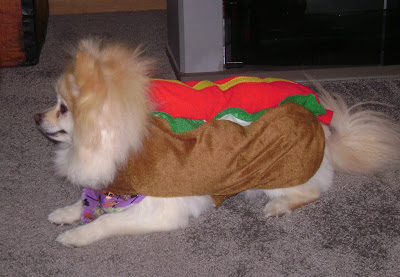 Coconut wasn't quite so thrilled, however, at being a hot dog, especially when he heard there was a weenie roast planned for later in the evening. 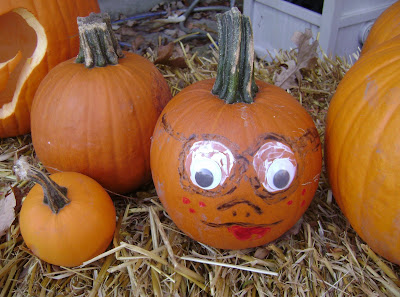 Daughter had planned everything down to the last detail with lots of activities for the kids, including pumpkin face-painting. 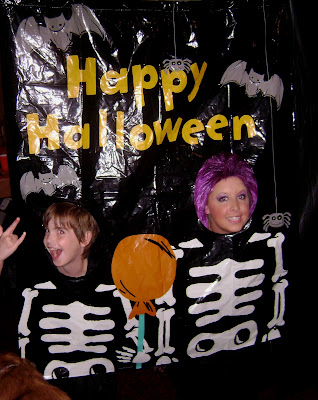 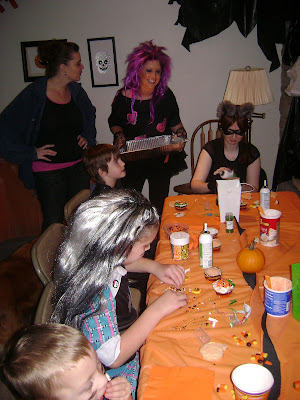 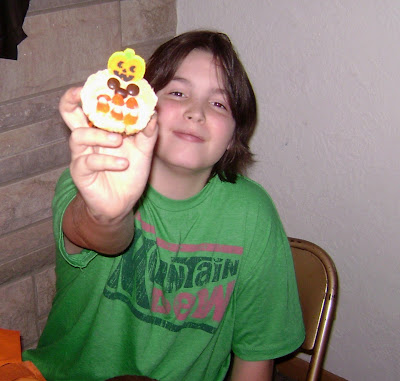 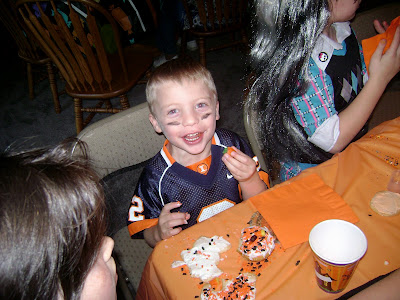 . . . while his younger cousin preferred eating his. 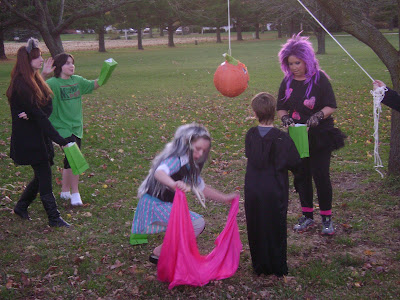 There was even a pumpkin pinata. 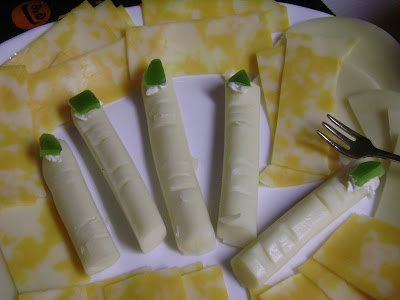 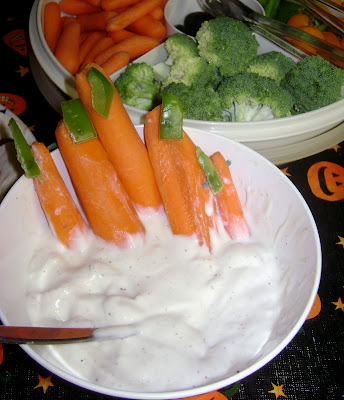 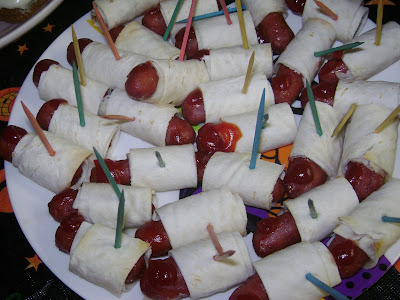 There were ghoulishly "bloody" mummy toes. 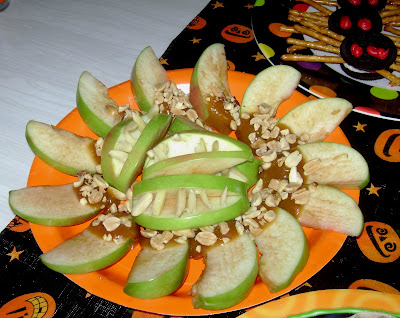 A little bit of everything, including tasty morsels to munch on  . . . or with:) 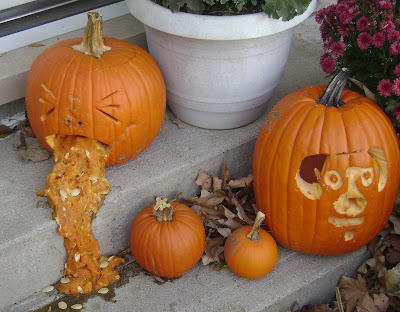 Everyone had a great time, and hopefully no one went home with a tummyache from too many sweets:)
I hope all of you have an equally spooktacular Halloween!
Posted by Rose at 5:00 AM