A Visit to the City of Roses 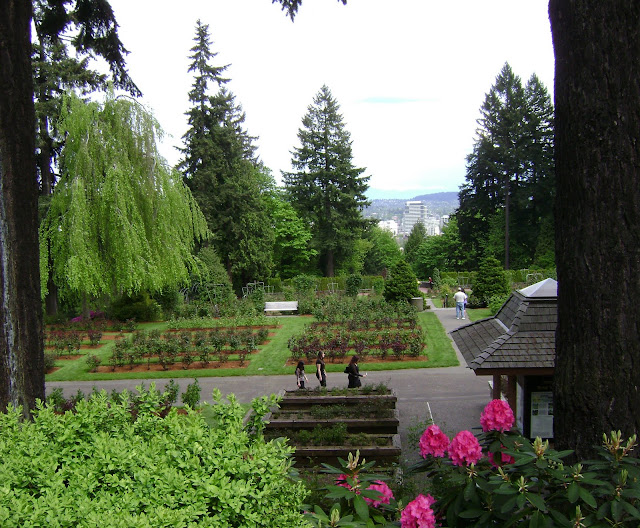 I've just returned from spending the past week with Youngest Daughter in Portland, Oregon.  A visit to the "City of Roses" would not be complete without stopping by the beautiful International Rose Test Garden in Washington Park.  Situated on five acres overlooking the city with Mount Hood in the background, the garden has more than 550 varieties of roses. 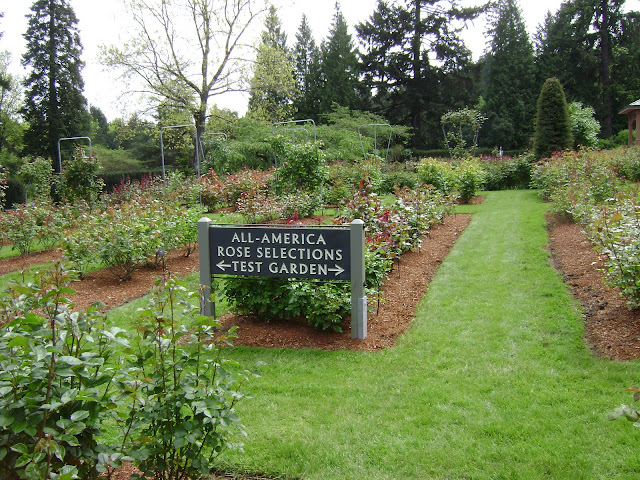 The Portland garden is the oldest of 24 public rose test gardens in the United States for the AARS.  Much time and thought was given to the best time to visit Daughter, including working around her busy class and work schedule.  Obviously, bloom time at the Rose Garden was considered, but not the top priority for this visit.  By late May this scene should be transformed into a glorious riot of color. 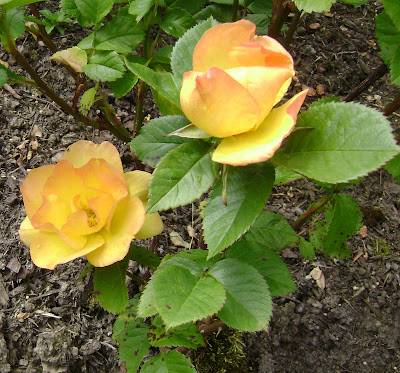 Nevertheless, walking around the many rows of hybrid teas, floribundas, and other varieties, a few blooms were spotted, like this 'Mordin Sunrise.' 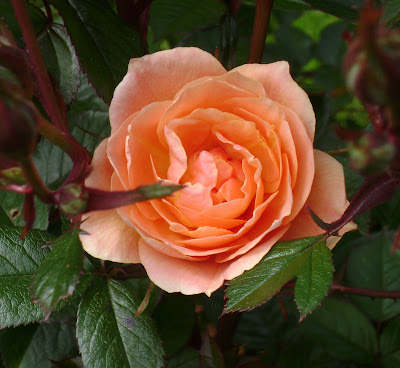 And this 'What a Peach' hybrid tea.  I'm very reluctant to try my hand at planting tea roses, which need more TLC than I have time for, but visiting a test garden like this would be a good start for choosing the best varieties to plant.  Not only would you be able to get a true idea of what the blooms would look like, you would also have an idea of which plants were the most robust.  All of the roses here looked so healthy, but, even in the bud stage, there were certain varieties that looked especially vigorous.  Of course, what grows well in Portland might not do as well in the hot, humid summers and cold winters of Illinois, but a visit to a closer test garden--such as the Chicago Botanic Garden for me--would give a good idea of what roses do well in your particular area. 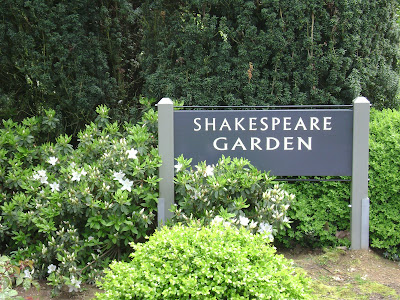 Not surprisingly, this area to the side of the test garden caught my eye and had to be checked out. 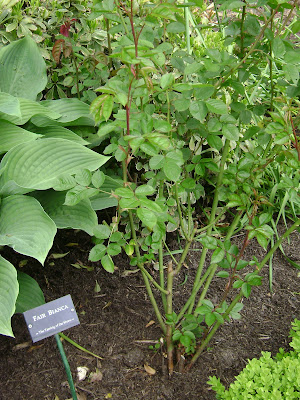 The Shakespeare garden contained many other plants besides roses, but only the roses were labelled.  I didn't find a Romeo or Juliet, but Thisbe, Hero, and Prospero were among those featured here.  I would love to see 'Fair Bianca' in bloom some time. 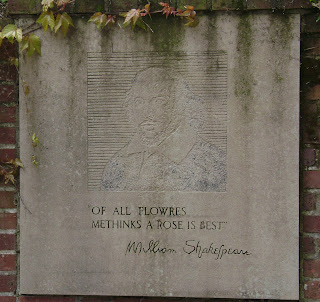 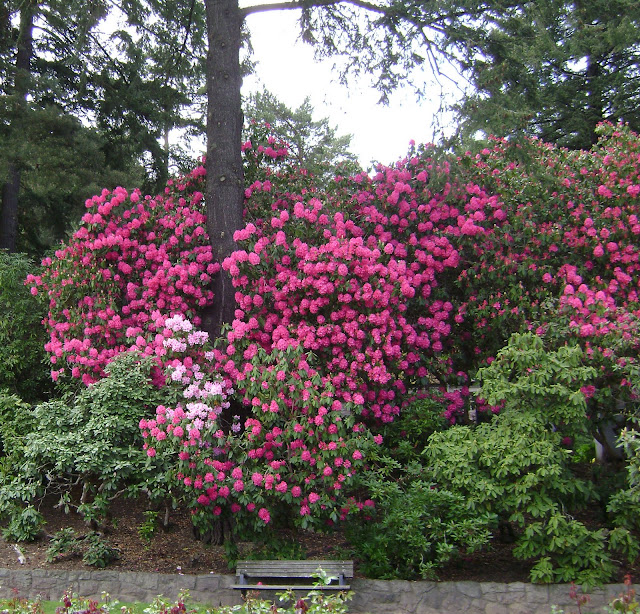 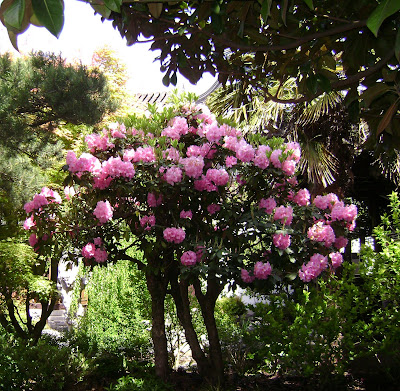 Earlier in the morning I had visited the Chinese Garden downtown (more on that in a later post) and was so impressed by the size of this rhododendron tree that I had to ask a guide to make sure that it was actually a rhododendron.  I've never seen ones that actually grew to tree size before! 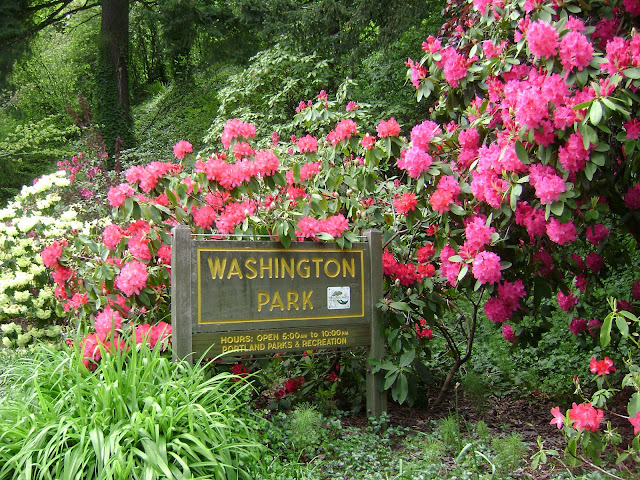 I soon discovered the tree at the Chinese Garden was not an anomaly because throughout the city as well as at the Rose Garden, rhododenrons and azaleas often grew to tree-size. 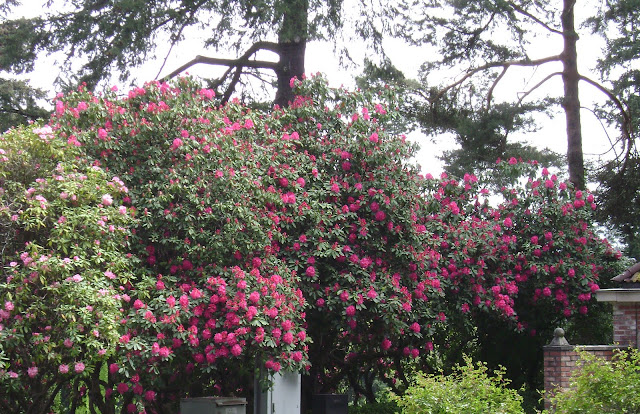 We Midwesterners just aren't used to a sight like this. 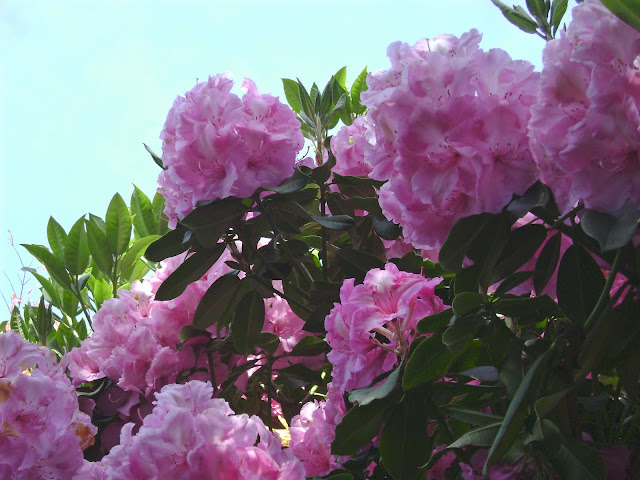 Back at home, there aren't any rhododendrons like these.  Instead I have lots of mundane chores to catch up on like unpacking, laundry, and trying to see how many strange e-mails I've supposedly sent out lately.  Apparently, I have been "spoofed"--a new term I've unfortunately become familiar with recently--and someone is sending out e-mails to everyone in my address book with my name on them.  It's a different account than what is listed in my profile, but if you happen to receive an e-mail from me with a strange subject heading, do not open it!   I apologize--I am certainly not endorsing any male enhancement products:)
The garden also is in dire need of attention, and the seedlings put under the care of Mr. Procrastinator aren't looking too good at the moment.  But all that will have to wait until the rain stops, and I catch up on some sleep... 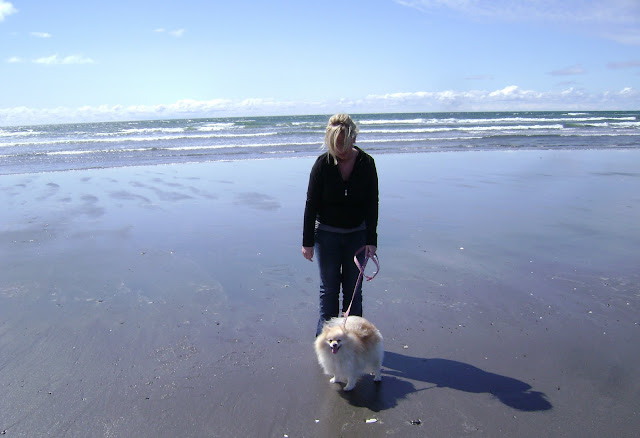 Visiting the sites in Portland, including its many beautiful gardens, was definitely a treat, but the best part of my trip was, of course, spending time with these two sweeties. Mother's Day was a special treat this year since I hadn't seen my daughter or Coconut since August; a day at the beach was enjoyable with the two of them, even if it was too cold to stick a toe in the Pacific.  I can't wait until they can come home for a long visit in July!
Posted by Rose at 11:51 AM